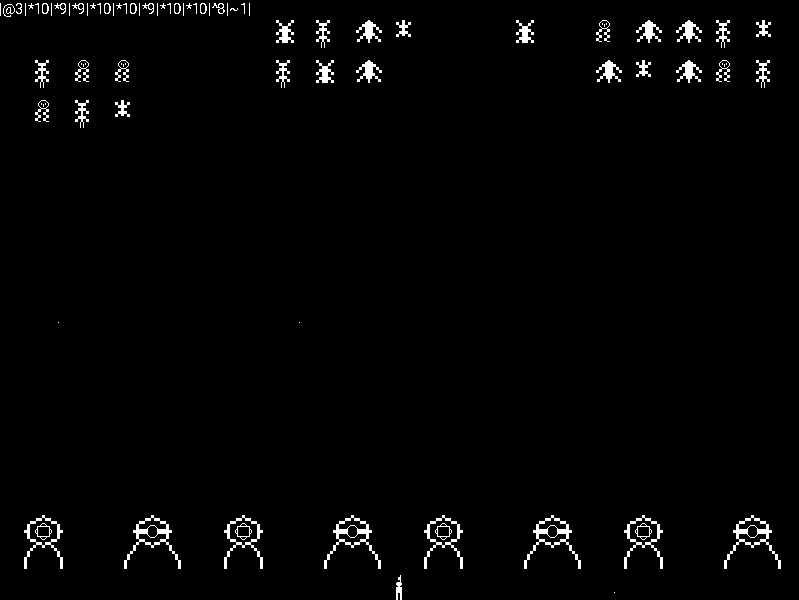 This is one more clone of Space Invaders. Maximum simple. Black and white.
You play as cosmonaut, and you are from space forces. He can shoot from blaster. Near you, there is a group of sputniks. From one hand, you defend them, from another hand, you can use them as shields against intruders atacks.
And you are under atack by insectoids. Bugs from space. They are atacking by lines, and slowly move towards you.

When they reach last line, then you loose. Also enemies can shoot in you. You have 3 lives. Part of atacks are going into sputniks. Each sputnik has 10 lives. 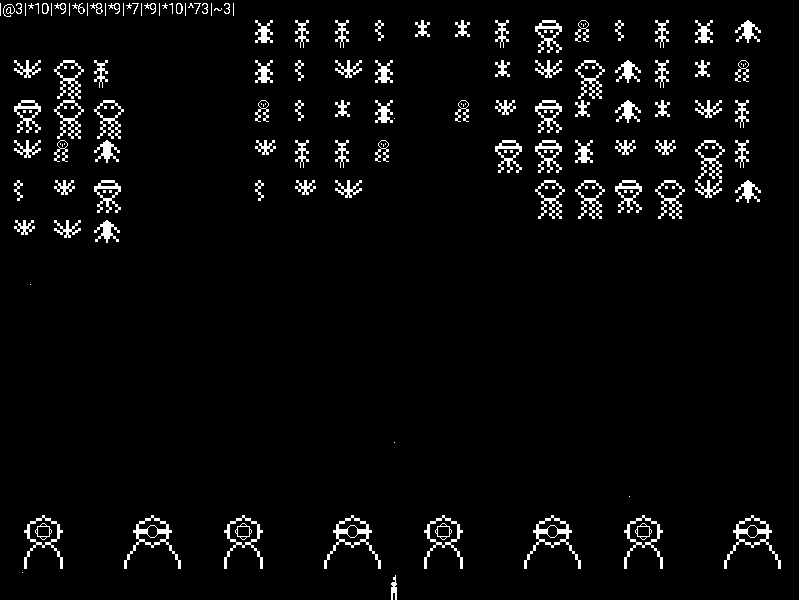 So, you need to go through 10 levels. Also there are options, sound, music,language select, and to play in fullscreen or in window. There is a record table.

Game is made in simple black and white style. So it is reference to retro computers. And videogame has a simple gameplay.

Cosmonaut is a player, and can move left or right. No pause in gameplay. You need to destroy all bugs, while they dont reach you. Destroy enemies waves, in order to move through levels.

So, videogame is written in C++, thatвЂ™s why you need Microsoft Visual C++ Redistributable Package for Visual Studio 2015, 2017 and 2019, that can be downloaded from Microsoft website: Support.microsoft.com

From some point of interest there is "so-called" box.

Here is a videogame box. Cartridge and a box.
All these done as an example. Like a fantasy.
This is very retro videogame from somekind of USSR, from 70s,80s.
Dawn of computer age. And it has laconic decoration. It is for mass production.

It is as intriguing, as a simple.

As usual, it is well done. Done as good as steel. USSR - made from steel.

So imagine, heavy, rigid cardboard,and thick light plastic on cartridge. You can see a sputnik. Sputnik - is a symbol of age. Space race, science news.

Videogame is someway copy of Space Invaders. But it is artistic version of it. It is similiar in someway, but with also a different many points in gameplay. 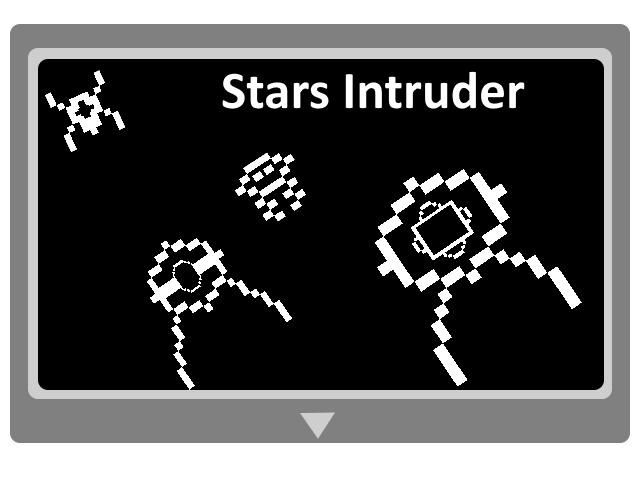 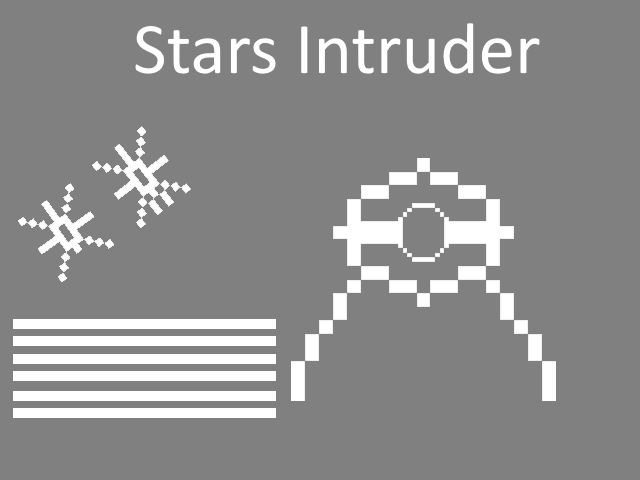 To promote Stars Intruder and grow its popularity (top games), use the embed code provided on your homepage, blog, forums and elsewhere you desire. Or try our widget.

This is one more clone of Space Invaders. Maximum simple. Black and white.

Syndemic is a randomly-generated action shooter that emphasizes upgrades, quick reflexes, and microbial puzzle-solving in a biological setting.

Area 51 Defense is an action-packed survival shooter, with an in-built level editor and endless waves of enemies. Newest updates include fellow AI soldiers...

Roche Fusion is a fast paced, exploding, over the top shoot-em-up. The player fights ever more aggressive, deadly, and crazy waves of enemies while upgrading...

Steredenn is a frenetic and chaotic space shooter, carved in big beautiful pixels, with insane boss battles. It is at the crossroads between a shmup and...