SpaceEngine - a free space simulation program that lets you explore the universe in three dimensions, from planet Earth to the most distant galaxies. Areas of the known universe are represented using actual astronomical data, while regions uncharted by astronomy are generated procedurally. Millions of galaxies, trillions of stars, countless planets - all available for exploration. You can land any planet, moon or asteroid and watch alien landscapes and celestial phenomena. You can even pilot starships and atmospheric shuttles. 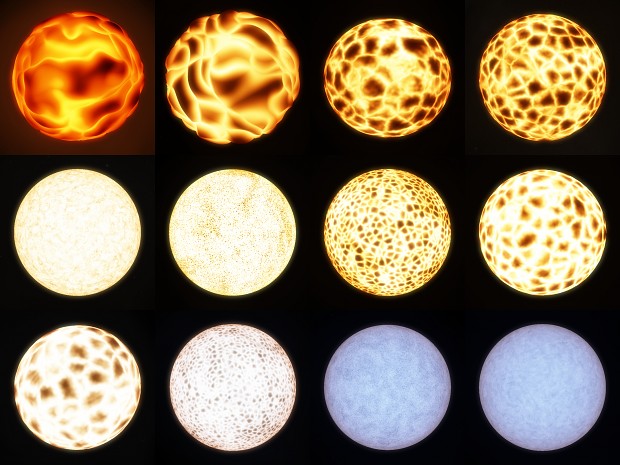 Terrain generation for giant stars has been tweaked. The size of the convection cells now depends on the star's surface gravity, and to a lesser extent its temperature. This gives a smooth continuum of appearance from dense small giants like Alnitak and Saiph, which now look like main sequence stars, to diffuse large giants like Betelgeuse and NML Cygni, which look like red giants from previous versions.

Note: since these screenshots were taken, the code was updated to have smaller convection cells have an inverted color scheme, like on main sequence stars.