A few months ago, Mark Hadley (AgentParsec) created a game unlike anything done before. Slender: The Eight Pages is a short, experimental horror game in which you must travel through a dark woods at night with one simple goal; find all eight pages. As you search, you are being stalked by an entity that grows more persistent and relentless as each page is collected - an entity that you cannot even look at for long, let alone fight. Your only hope is to collect all eight pages before it catches you.

Mark Hadley’s next installment The Arrival is even more terrifying than his original creation.

With more levels, improved visuals, and an engaging storyline, the commercial release takes Slender to all new heights. The game has launched on PC and Mac OX, and is being developed/published
by Blue Isle Studios and distributed by ParsecProductions.

Grab it while its hot 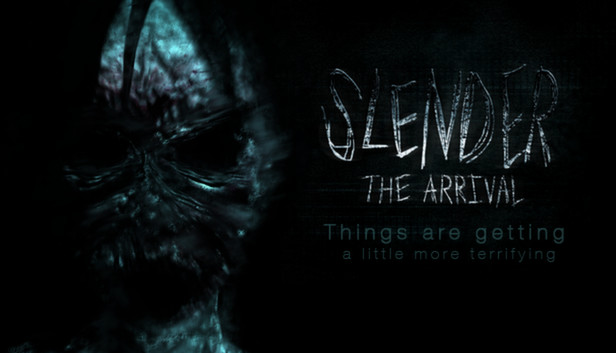 You're on your own. No one to come for you. No one to help you. No one to hear you scream. Slender: The Arrival is the official videogame adaption of Slender Man, developed in collaboration with Eric "Victor Surge" Knudson, creator of the paranormal phenomenon that has been terrifying the curious-minded around the world since its inception, with Mark Hadley and Blue Isle Studios.

Back in 2012, Mark Hadley (AgentParsec) created a game that captivated gamers around the world. Slender: The Eight Pages was a short, experimental first-person game that helped breathe new life into the horror genre through its use of unadulterated tension and fear.

Experience the horror all over again.

Slender: The Arrival is the official re-imagining and expansion of the original game created by Mark Hadley, teamed up with the writers behind the Marble Hornets series and the development team at Blue Isle Studios. The Arrival features a brand new storyline, improved visuals, great replay value, and most importantly, survival horror at its best.

For those who bought it before Steam and wish to use it there without buying it again:
Dig out your license key and remove the dashes, open up steam and "active product on steam".

slender: the arrival is finally here!

Pre-orders and Beta are now live!

Pre-orders and Beta are now live!

i watched pewdiepie play it and he made it look interesting

Can You Play This On Computer? I'm New To This Stuff

I CAN NOT WAIT

i Love The Game Graphics , But Is Very Scary

Cant Wait Till This Comes To Xbox 360!

its taking tooooo damn long! they said its coming to consoles 5 MONTHS AGO...

hope to be XONE and PS4

I loved every minute of "The Arrival", the graphics were stunning, the gameplay was amazing, the storyline was mysterious, etc. But then the fact that it's very short is what made me lower the ratings for this game. The game was getting really interesting, but the ending was disappointing. The ending was good, just that I didn't want that to be the ending and the story to go on. You also really need to fix the doors because I haven't seen a fix in all these updates. But The Arrival was an amazing…