A Step Into Darkness

A Step Into Darkness - Now Free To Play On Steam! 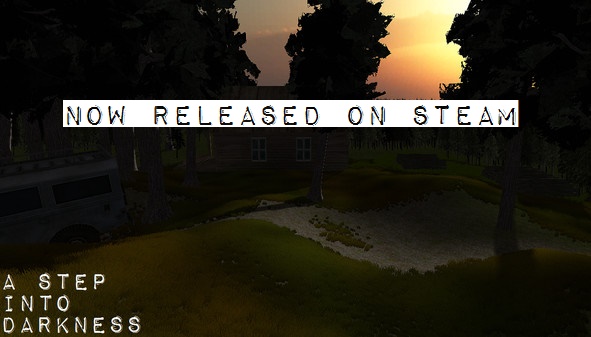 We are finally ready to announce that A Step Into Darkness is released on Steam! The game is now free to play from the store page. Make sure to review the game :)

Here is the Steam Release Trailer:

If you missed it trading cards are now out!

We hope you enjoy the game!

A Step Into Darkness is now released on Steam! 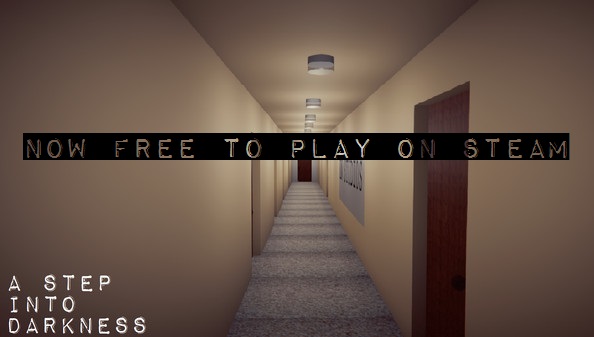 A Step Into Darkness - Trading Cards And Community Released!

The Steam trading cards and community items of A Step Into Darkness are released!

A Step Into Darkness - Preparing For Release

Discussing the progress towards the upcoming launch of A Step Into Darkness on Steam.

A Step Into Darkness - Main Theme

A Step Into Darkness - Main Theme. This music will be used for the main menu.

Early Alpha version of Slender: A New Darkness for Windows. I do not recommend you download this version.

Early Alpha version of Slender: A New Darkness for Mac.

Early Alpha version of Slender: A New Darkness for Windows.

Sound that player hears when in-game. Jungle Town and Basic Forest only have this sound.

The first video of the early access version of A Step Into Darkness is now available.

Mini-update, doesn't require a post - Working on development of A Step Into Darkness at the moment until Friday for the Game Development World Championships, On Saturday I will make a post detailing whats happening with the game and our process with Steam / releasing on Steam.

This game looks good!
This game is pretty good by the look of it. It adds that bonus darkness and creppyness. Just what i like! It better be hard as well!
Nice work!

Happy you like the game! It means so much to see the community giving feedback.

I assure you the game presents a great challenge.

Devs, whatever happens, don't give up on this game. I played the alpha and it was a buggy mess, but I could see the effort that was put into it. I really, really want to see how this game is upon full release. I think you guys have something good going here.

I actually did a short video of this game when I started my YouTube channel. You can take a look at it if you would like Youtube.com

Mind you thought, this video is very old. The production value for today's videos in much higher.

BTW, DON'T GET RID OF THE INCEPTION HORN! I LOVE THAT THING!

I watched the video and realised how far we came (as well as how much of a buggy mess that alpha version was!) I really enjoyed the video as well, it was really well made.

Soon we're releasing the greenlight page for A Step Into Darkness, a game inspired by Slender:AND but has working gameplay and an actual storyline.

Since you seem interesting in the game I can sent what going to be one of the final versions via DM and you can let us know what you think.

Thanks for the feedback and the motivation to carry on no matter how much of a struggle lies ahead.

Thank you. The video was made a while ago and the channel has come a long way.

I would love to try the final version. I just want to know whether or not I can make a video of it. I will play it and give feedback regardless.

I always love a good Slenderman based game with a story to it. There are a very few Slenderman games with stories as it is. It's great to see devs go the extra step and not make just another page collector.

I am looking forward to hearing from you :)

I hope you enjoy the new game, I really wanted make something new and different rather than making another page collector.

I sent the link in DM.

Indie
Twitter
Tags
Embed Buttons
Link to A Step Into Darkness by selecting a button and using the embed code provided more...