Shootout Mayhem is a twin-stick roguelike game heavily inspired by Nuclear Throne. I put it together in the space of two days to demonstrate the difference between a protoype and a polished game - but it's perfectly playable!

Play as one of three characters:

The game is open source (GPLv3 and CC0).

You can play it online.

I made Shootout Mayhem to demonstrate that it's possible to make something like a full-featured action roguelike / twin-stick shooter in two days. So while it's fairly basic in some ways, it's perfectly playable. :)

The entire thing is open source, so if you'd like to study the code, or even fork it and improve on it, go ahead. The graphics are public domain (CC0). 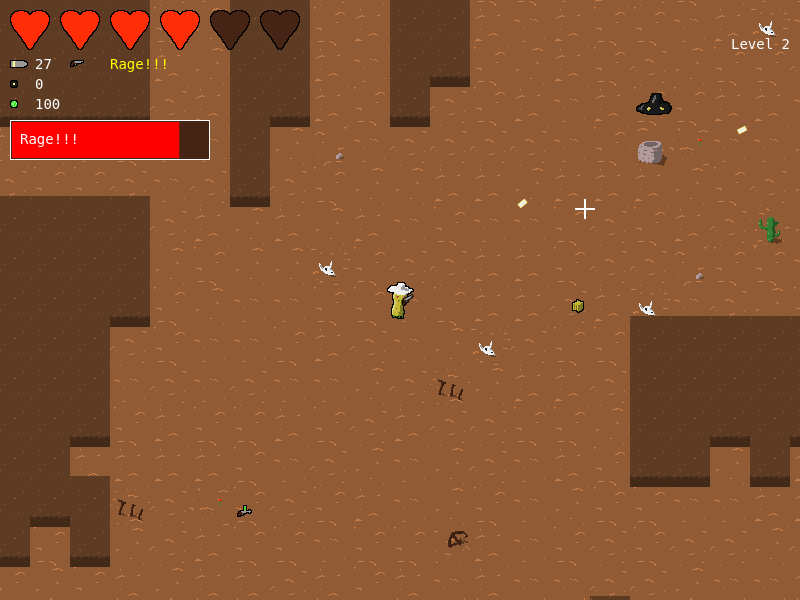 In the game, you play as one of three weird characters shooting their way through a wild west environment, trying to bring down T.R.A.I.N, an, er, evil robot.

At the start of the game, you can choose from one of three options, each with a special ability and a passive bonus. 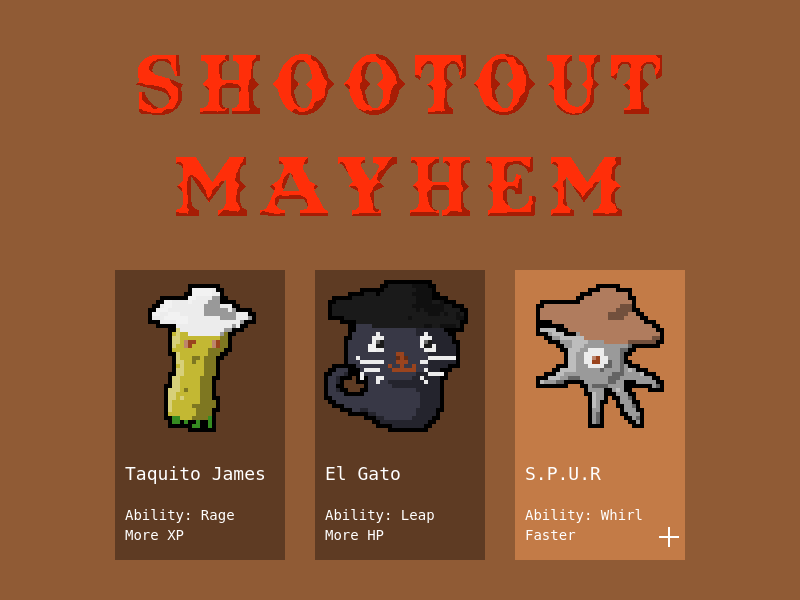 This gunslinger slash edible wrap has a bit of a frustration problem. Enough missed shots, and may fly into a rage of blazing guns and destruction.

This mysterious and potentially criminal cat likes to launch himself at his opponents claws first, leaping over walls at rapid speed.

This experimental law-enforcement automaton can fire a fan of spikes to calm and incapacitate nearby opponents. 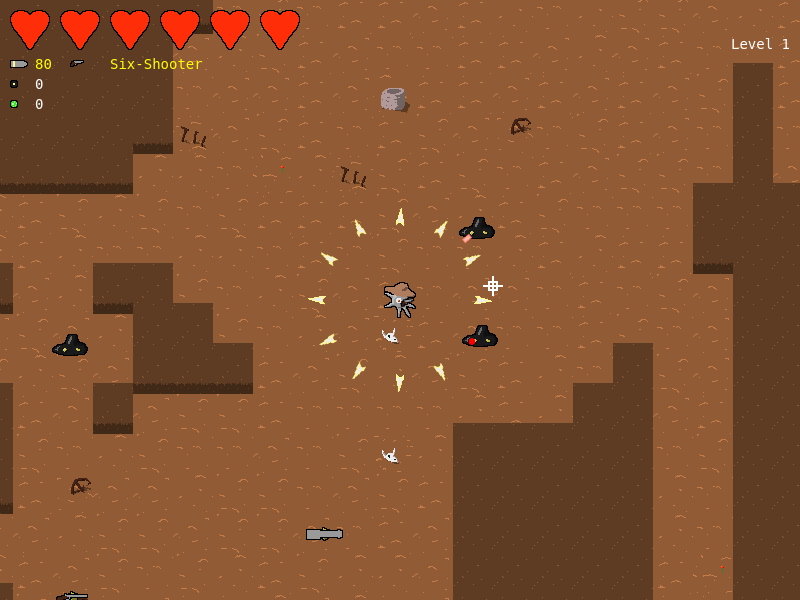 The minions of T.R.A.I.N are dangerous and, uh, varied.

Your generic bad guy. None too fast-moving or fast-thinking. Armed with a gun.

More rapid-moving but rather fragile.

It is unclear why these ponies are so angry, but T.R.A.I.N has tapped deep into the well of their anger. They rush forward and punish you with their hooves.

An experimental public transport service gone dangerously wrong, T.R.A.I.N is behind a depraved epidemic of vice and violence. Also, he has a Gatling gun. Ouch.

When you gain a level, you are presented with a variety of upgrades to increase your potential for mayhem. Some of them combine to powerful effect with your existing abilities... 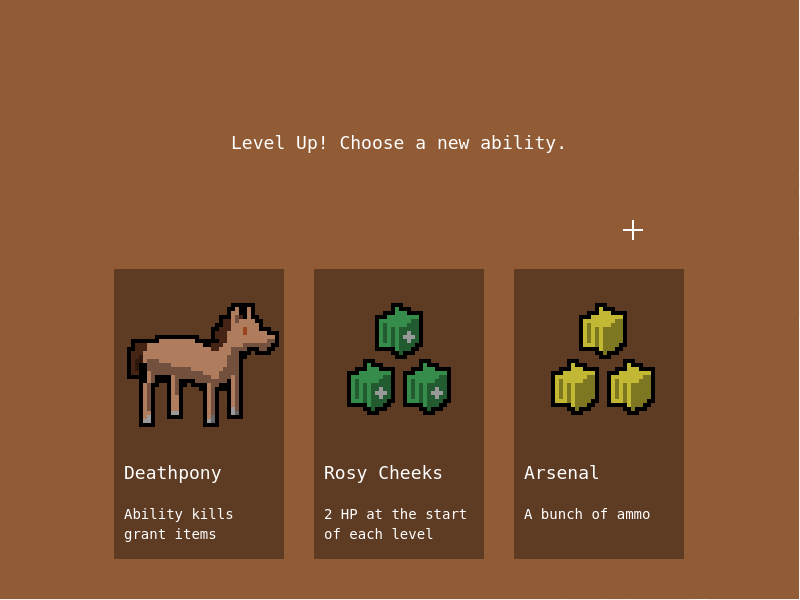 Download of Shootout Mayhem, a free roguelike action game with a western theme.