Shadow Brawlers is a local party game in which players control cute, agile ninjas that hide in the shadows. Surprise your opponents by appearing suddenly from the background; attack and disappear in this fast-paced, award-winning brawler. The game features elements from the classic platformer genre mixed with the modern party game rhythm; a combination that results in players throwing elbows in acts of undisputed sportsmanship.

With lavish animations, a super stylistic design, and hyper-fast gameplay that will test the reflexes of the gamers, Shadow Brawlers is poised to set the fighting party games genre ablaze.

Argentina- based independent game studio Team Güazú and Latin American publishing company Inca Games announced their stealth fighting party game, Shadow Brawlers, has entered Early Access on Steam. This coincides with the PAX East show in Boston, where the game is being featured as part of the Indie MEGABOOTH. 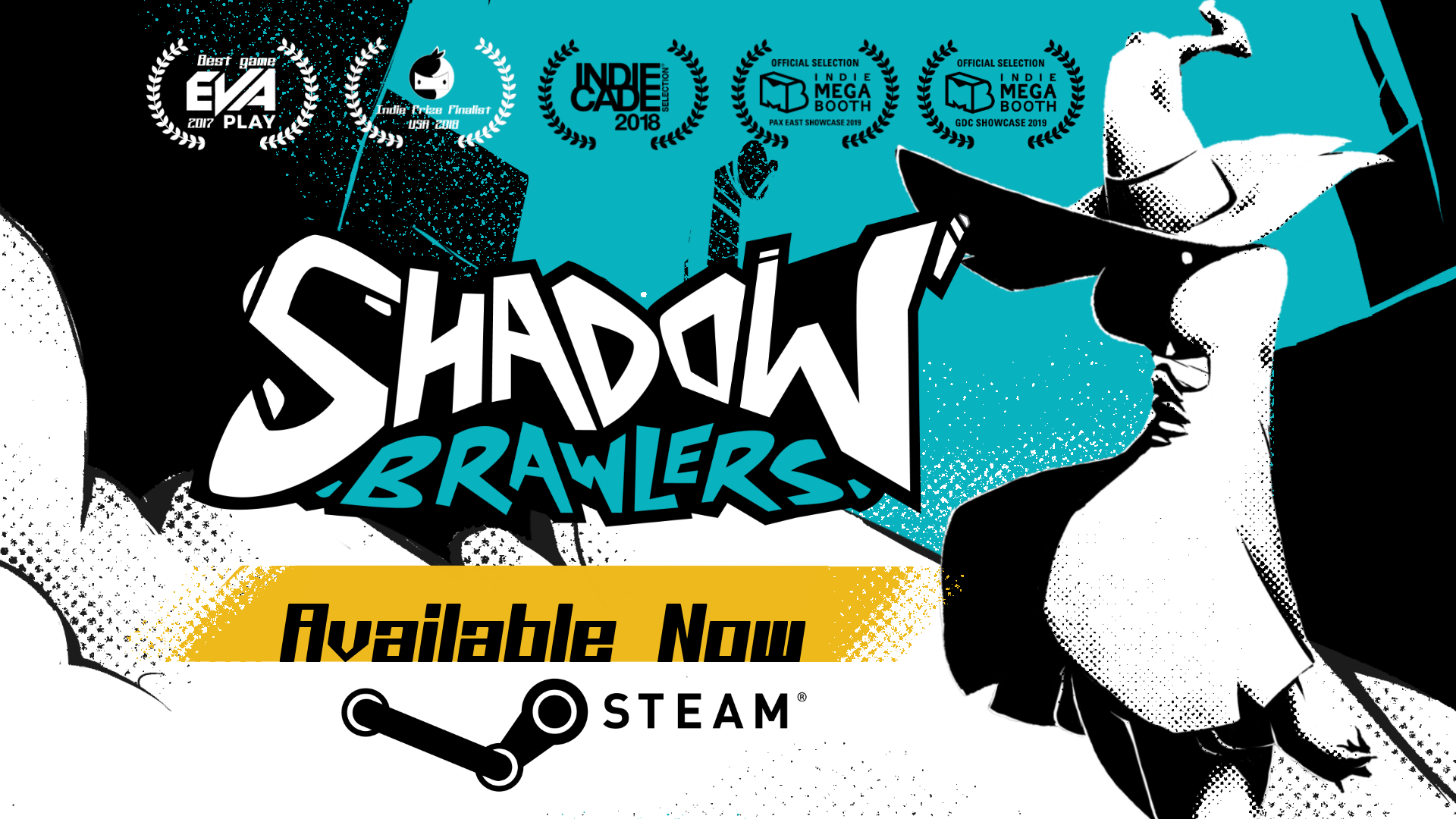 Shadow Brawlers is a local multiplayer party or “couch” game in which players control cute,
agile ninjas that hide in the shadows. Players surprise their opponents by appearingsuddenly from the background, attacking, and then disappearing in this fast-paced award-winning brawler. The game features elements from the classic platformer genre mixed with the chaos of modern party games; a combination that results in players throwing elbows in acts of undisputed sportsmanship.

Join us to Discord!

About Team Güazú
Based in La Plata, Buenos Aires, this three-member team has a strong focus on traditional animation, and has worked for clients like Cartoon Network, and have provided amazing animation assets to multiple games. Shadow Brawlers is their second attempt to build their own IP, following the critically acclaimed Samurai Bamboo. You can find them around the web on facebook.com/TeamGuazu/

Shadow Brawlers is a local party game in which players control cute, agile ninjas that hide in the shadows.

We are Team Guazú, a small team of developers about to release our first commercial videogame attempt to stop being freelancers for once, so we can dedicate...