In the final confrontation of a great war, Sergio was tasked with protecting a king. Arrogant and boastful, Sergio was destroyed by a giant muscle-bound giraffe. His body was destroyed and his rank was stripped of him. He was left to die, but before he did he agreed to be part of a crazy scientist's experiment. 2 years later, he became better, faster and stronger than ever before. With his new body, he only had one goal in his mind... Vengeance. Gameplay-wise, Sergio is planned to be Stealth-action shooter, with RPG and platforming elements. This project is currently being developed by Mad Marlin Media.

Thanks for voting and helping Sergio on it's quest to become the 2022 Indie of the Year. You are now in with a chance to score some free games. Help this game secure more votes by embedding the widget (or link) we have included below on your favorite sites.

The boys at Mad Marlin Media have been hard at work this past month, making assets, models, and levels. Such as the following, this is just a small update of the things that are to come!

The current decision of "Sergio." is the game will be a TimeSplitters inspired arcade type shooter. The game progression will be a linear based level select. There will be a home world will be based on a crazy scientists workshop. Without giving away to many details about the game. So far nothing is final to say about the story line. Our 3d modeler and programmer are hard at work making the soon to come castle level(below) and a sewer level. The main enemies based in the castle level will be the Duck Republic (below), and the sewer level so far will have mutated tortoises.

Current progress: We currently have the player controller, gun mechanics, and some level design built. We've been focusing hard on the level design of late, and have finished many new environmental props, and static items. We've completed some character models such as the tortoise people, Sergio, shot duck, duck people(below), and have begun to work on baby cakes(below.) So far were very pleased with the progress and should have a small demo out in the next couple of months!

Castle level: This level is one of the first levels you'll experience as an introduction to "Sergio." 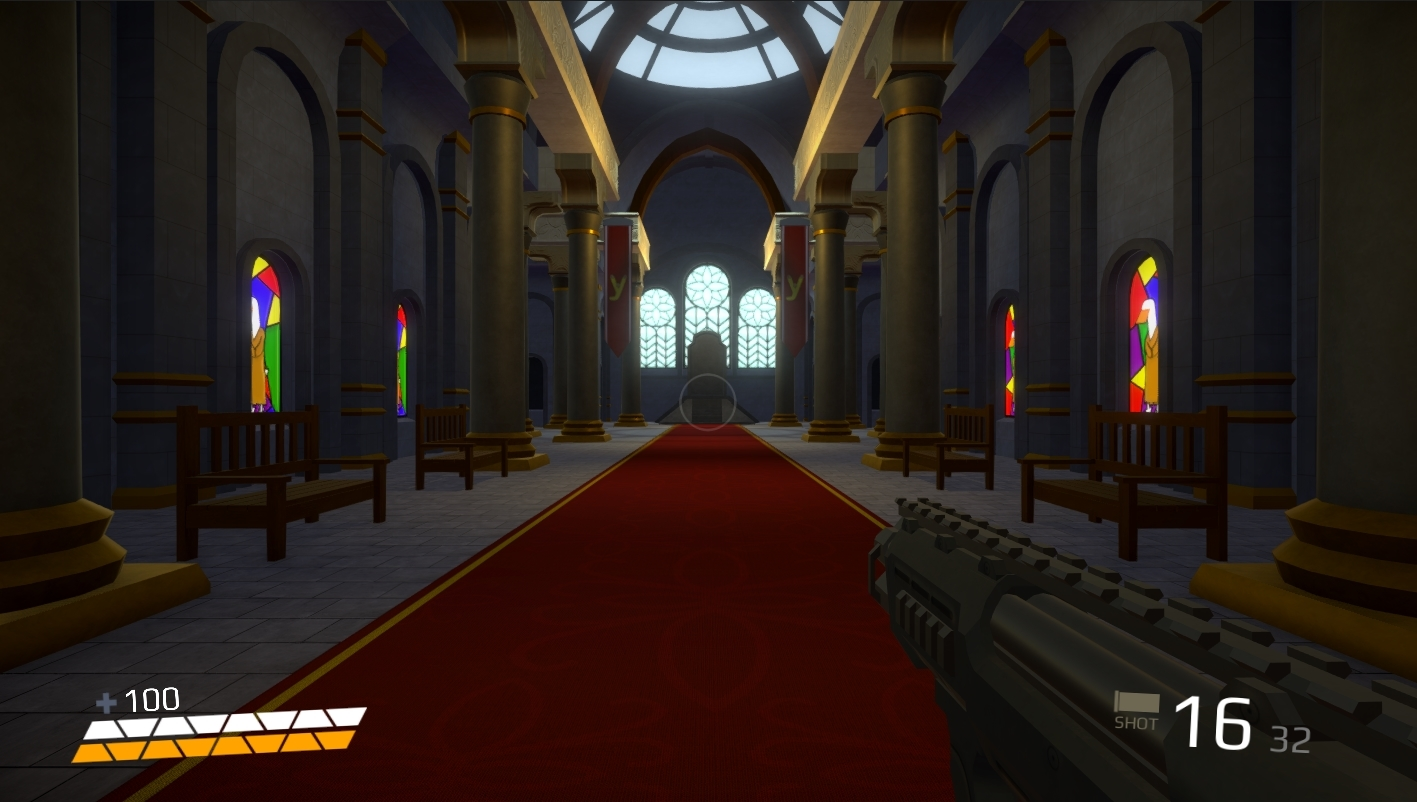 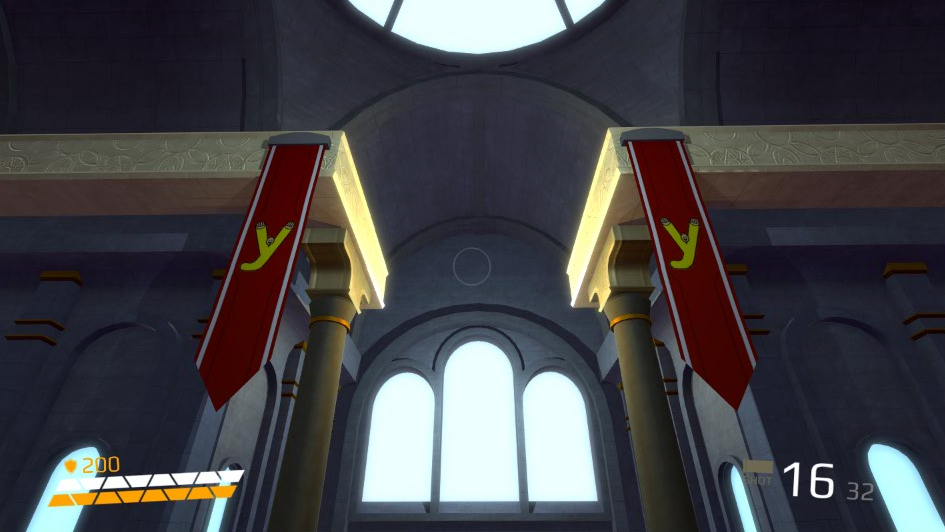 Stanley the Giraffe: Stanley is one of the main characters in "Sergio." He is a giraffe with floaties and a mini-gun arm. You could say he's ready for a flood of action. 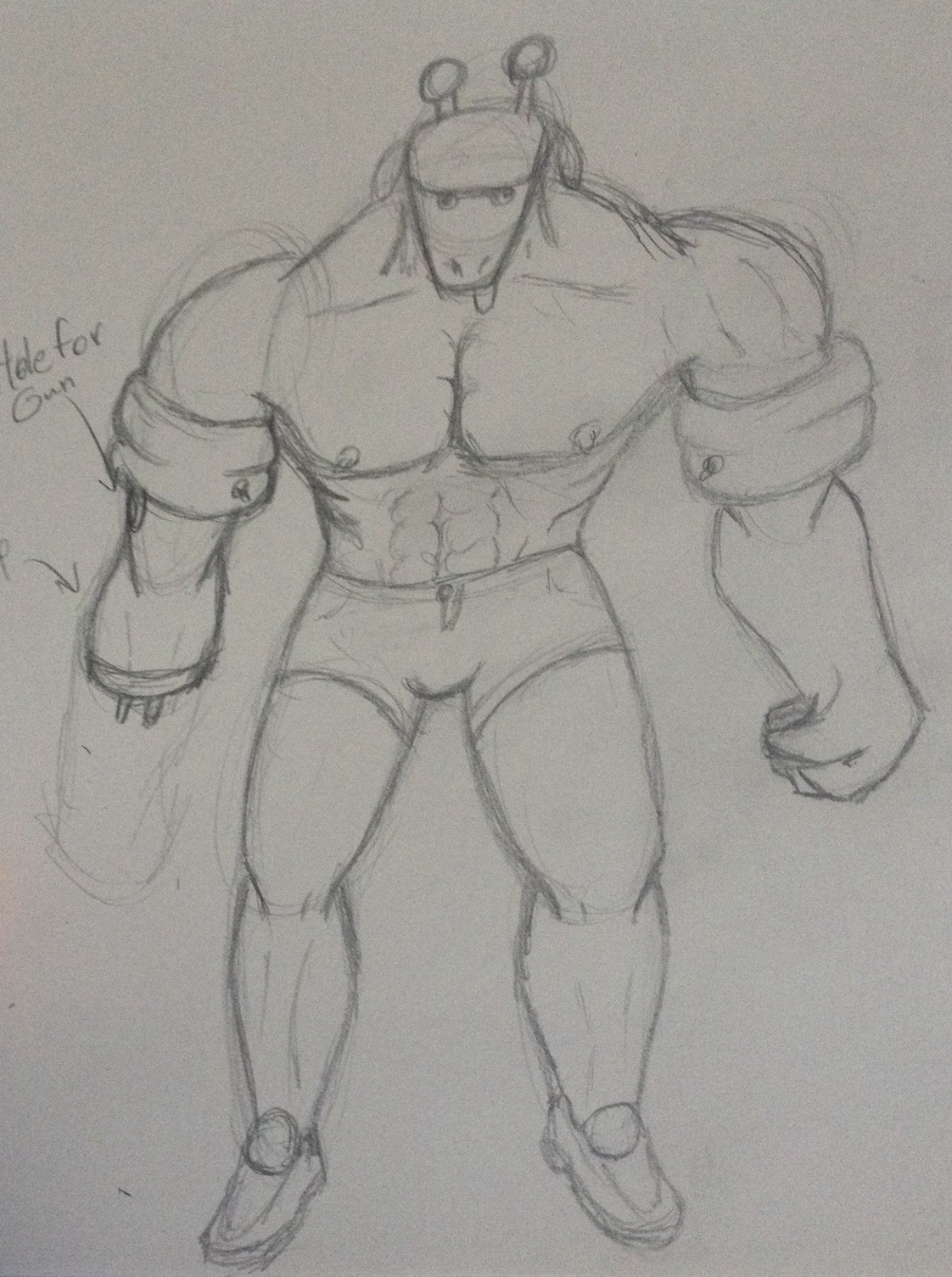 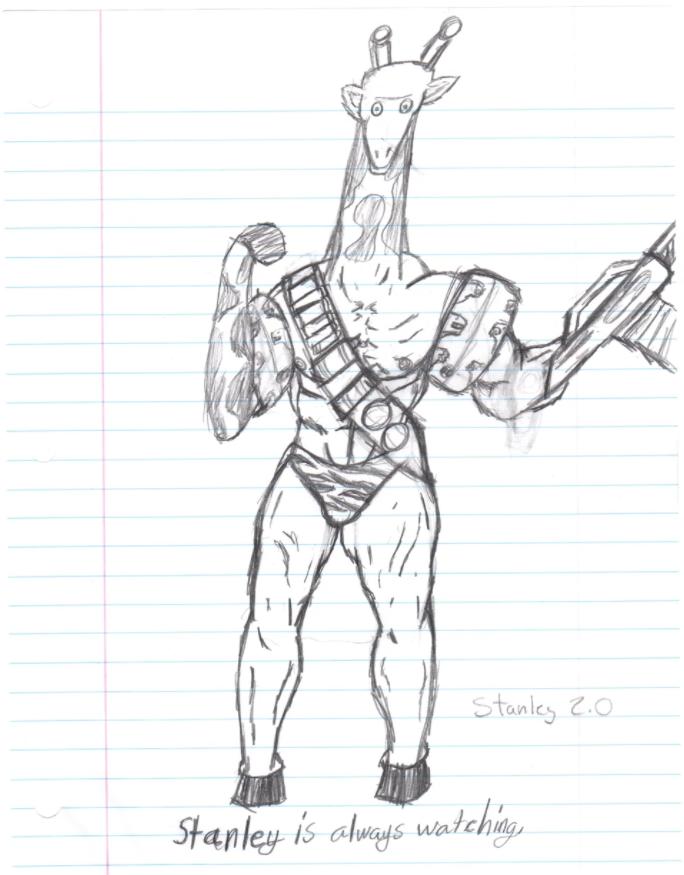 Baby Cakes: The sweet little demon Baby Cakes will be one of the secret bosses welcoming you to the reality of "Sergio." 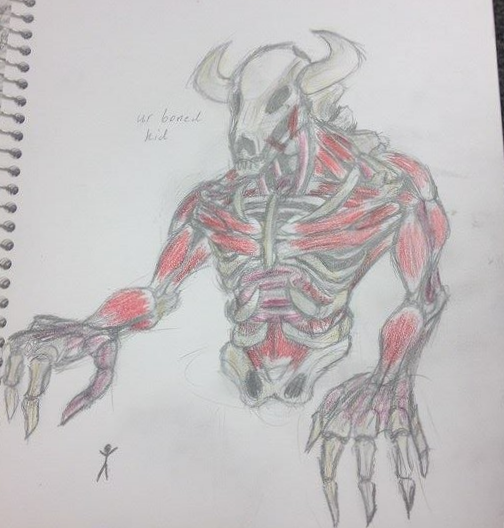 Duck man: These ducks are ferocious enemies, currently seen in the castle level(above) and further throughout the game. Their favorite past time is sitting by the pond and eating bread. 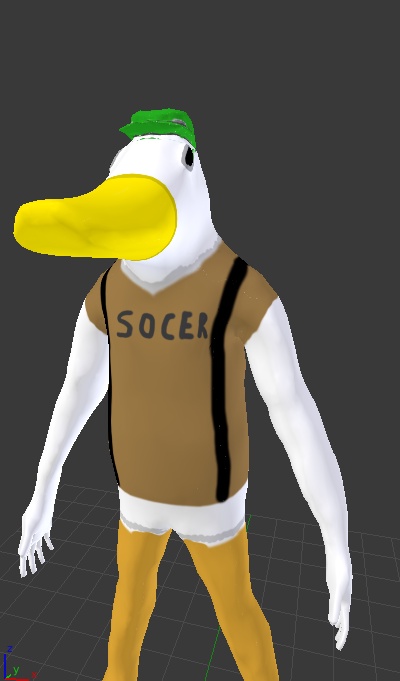 Tortoise people: These tortoises are sewer hobos you're forced to fight. They come equipped with a tin foil hat and a sign begging for money. 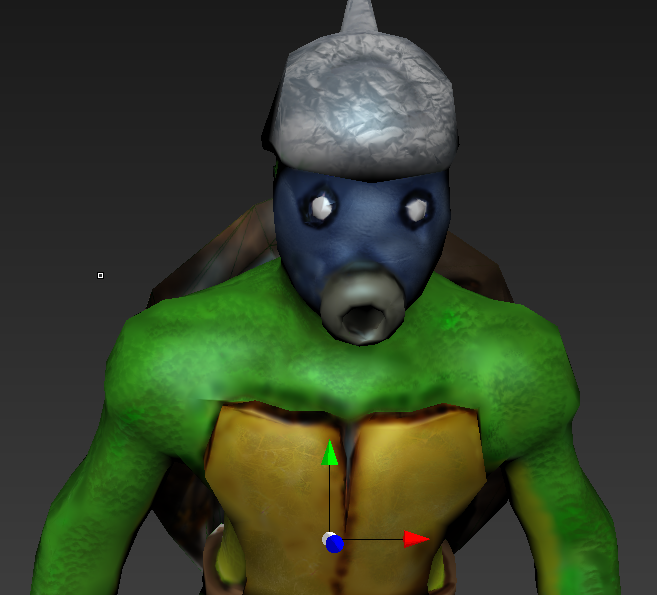 Also special thanks to the new texture artist, and concept artist for helping with this update! We still have various positions open, go ahead and check the job board if you would like to apply.