Introducing the Highborn archetype and examining the gameplay mechanics of Scaffold 22 in more detail.

"Dis place, all dat Highborn crap. See, Boss, they got this philosophy on how they's gon' stay sane despite the chems. How they'd got their heads in order. But ye gotta see it ain't true like they say. It's jus' some stupid excuse. Like all 'em fixers have one. A reason te keep doin' it. Te keep chasin' da high."

- Pineapple to Vine, on the Highborn

Utterly consumed by biochem addiction, the Highborn represents a player character who's given up on sobriety and embraced their steady diet of booze, pills, and chems in pursuit of a permanent high. Whether they're partying away the monotony of life on Scaffold 22, meditating in search of zenlike calm, or venting violent urges in a chem-fueled rage, the Highborn is one thing at all times: completely out of their damn mind. 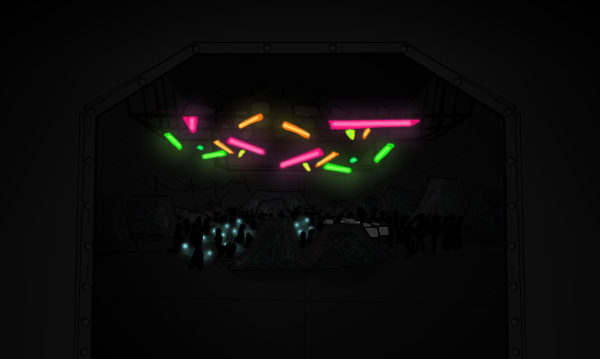 Highborn Palace
Where the chems come From

"Ya saw the way our old King went, yeah?"

- Pinapple to Vine, on the Highborn

Having bested the former High King in single combat and opted to take their place rather than exterminate or liberate his subjects, the Highborn is a criminal and slaver with close ties to the underworld of Scaffold 22. Though lucrative, this shady business venture will no doubt put the Highborn at odds with the Constabulary. And - perhaps more worryingly - the pan-galactic crime syndicate Sons of Kobol, who plan to solidify their shaky position on Scaffold 22. 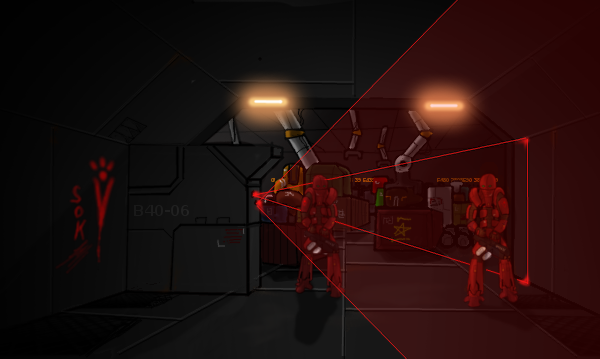 B40 Docks
Under Sons of Kobol Control

Whether the Highborn chooses to associate with these dubious characters, or cut ties and risk suffering the consequences, one thing is certain: the Highborn hasn't quite forgotten that the eyes and ears of the Clergy are constantly looking over their shoulder. As a result, they have no choice but to pursue their original contract, at least until the job is completed or they find another employer who can shield them from the Church's wrath.

Thankfully, the Highborn is sitting on a massive pile of chems and credits - and a few other guilty pleasures - which make the long day cycles and blood-stained passages a little easier to bear. Unfortunately, the medicine that dulls the pain of life in the underworld is just as likely to become a vice, impairing their ability to function in mainstream society - or even plunge them into a psychotic, drug-fueled rage. 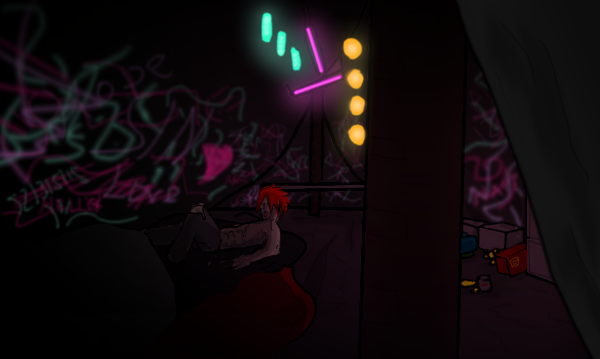 The Highborn's reliance to chems, and the various ways their addiction manifests in their psyche, is represented in the Highborn's InZtinct sheet, which groups skills into three loose categories:

Consumed by the need to inflict pain for the sheer pleasure of watching their victims suffer, the Sadist has not only learned to fight while under the influence, but finds bloodshed and carnage almost as intoxicating as the chems they rely on to stay awake - and alive.

Fueled by an unending, ecstatic party of chems and synth-beats, the Raver is an energetic individual who's become highly susceptible to the mind-altering effects of biochems. They might not fit in with mainstream society, but they've found ways to make their predicament tolerable.

Infatuated with the idea of the mystical "perfect high", those who seek Equilibrium in biochems come to appreciate the zenlike calm it bestows on them, enabling them to hold a conversation as easily as they shrug off the negative effects of the blissful addiction that defines their life.

Regardless of how the Highborn decides to use biochemical substances, they are unique in their ability to function under the influence. Whether they're carrying a railgun in one hand and a knife in the other, sweet-talking the receptionist, or negotiating for a better deal, the Highborn knows there's always one surefire solution to every problem: just don't be sober when you deal with it. 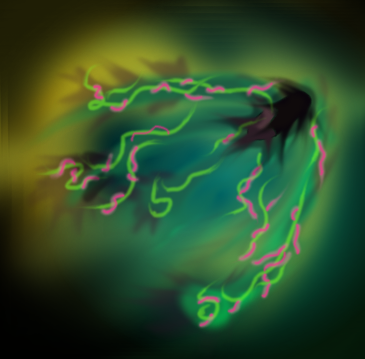 So, the Highborn was the last character archetype to be presented, and the timing couldn't be more appropriate. Beta 8 is almost finished, to be uploaded next week, and the plan is to finalize Scaffold 22 for an official launch as soon as possible.

Last update, I mentioned some of the overarching changes that were made to the UI, and all the flavor artwork which is going into the final product. This time I'd like to examine a few gameplay aspects in more detail.

The selection of gear and upgrade options used to be limited and a number of faction items couldn't be upgraded at all. Also, a several outfits and weapons seen on enemies couldn't be aquired by the player. Beta 8 introduces several new items and upgrade paths to help remedy this situation.

This increased variety allows most base items to be tailored to a player's preferred style. For example, the Cyber Armor (top) can be upgraded with arc projectors (middle) to provide a shield that is effective against ranged attacks at the price of physical protection - or heavier armor plates for better overall defensive stats (bottom) but no shield.

Beyond offering greater customization, this system allows the player to reconfigure their gear to handle specific threats without purchasing new items. This is especially useful when the player is short on cash or has already filled all their home storage with items they want to keep but still needs a specific tool - for example, a shock upgrade to trigger combo attacks.

Another change to Beta 8 is how combat vs. noncombat solutions are handled. In most cases, the player has three means to overcome a given situation: negotiation, sneak, or violence. In previous versions of Scaffold 22, there was no real chance of failure provided the prerequisites were met and, at times, the options felt hollow.

Beta 8 maintains this model for negotiations and bribes. Negotiations are tied to outfit and personality, with skills that offer (almost) guaranteed success, while bribes are set price or a percentage of total finances, with skills that reduce cost. For any character that doesn't meet the basic requirements and isn't skilled for negotiation, there is now almost always a bribe option - a change implemented to avoid getting players locked out of certain content, provided they have the credits to spare. 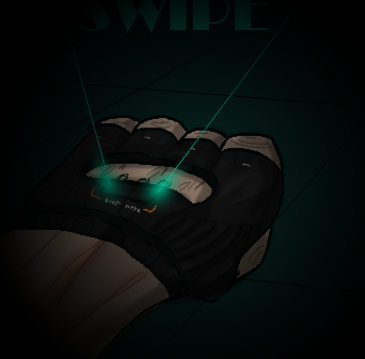 Sneak - previously a guaranteed success or failure - is now calculated as a percentage chance based on gear weight, personality, and status (fatigued / intoxicated). A player wearing armor or carrying heavy weapons will fail more often than not, while anyone who's tired or intoxicated is pretty much guaranteed to be noticed. An exception to these rules is made for sneak options opened up by items and gear (viruses and suppressed weapons). 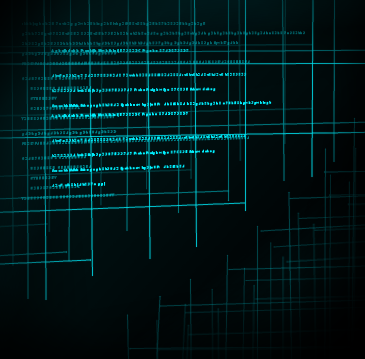 As a result of these changes, combat has been tweaked to be a high-risk endeavor for any noncombat character who fails a sneak check. It remains the go-to solution for combat-centric builds, albeit with tweaks to the calculations to fix a few bugs and balance issues. Also, several encounters which previously did not cause combat (despite a battle being described in prose) have now been implemented as interactive enemies. Otherwise the system remains unchanged - most battles can be avoided by one means or another, but some are forced on the player if they take a given route. 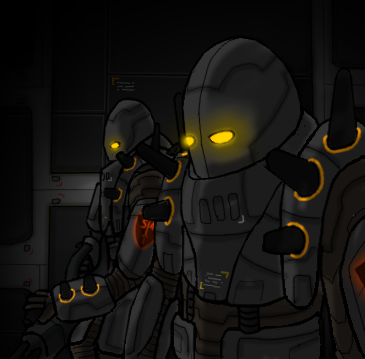 That pretty much explains the more noticeable gameplay changes to Beta 8. A few more tweaks are to be expected based on feedback in future, but the system is approaching the point where various options have noticeable advantages and disadvantages. The plan is to balance gameplay along the combat / noncombat split.

Generally, a character geared for combat will face only a few truly tough enemies, but will have to invest credits in gear, ammo, and items to remain viable. They will likely need to pick at least a few combat skills to supplement their equipment, thus reducing the number of noncombat options available.

On the other hand, noncombat chars will specialize in numerous skills to afford a maximum chance of success regardless of the challenge faced, and wear lighter armor or even plain clothes. Due to these requirements, they'll be unable to invest heavily (or at all) in combat skills, making every battle more risky - which is balanced out by better finances which can be invested in more expensive gear.

Of course, that's just speaking in general terms. Each character archetype has a different take on how to approach encounters. Some are better suited to hybrid builds, other more to combat or noncombat solutions, with a healthy mix of mechanics to ensure that no two characters feel quite the same, even if they're using similar gear.

Anyways, until Beta 8 is released, why not give the Beta 7 release of Scaffold 22 a try? It's available, free to play on any internet capable device at: