Sacred Line Genesis is a Graphic Adventure game which was developed exclusively for the Sega Mega Drive / Genesis videogame console.

It tells the story of Ellen, a private detective, who is trying to survive in Eastern Europe. Lately detective business, which she inherited from her missing sister Sarah, almost ceased its existence and one day before she was going to close her office she got an anonymous call. The unknown asked her to find some hidden forest outpost and told her about its position. That was just the beginning.
The game is free of censorship and recommended for Mature audience only (Blood, Intense Violence, Mature Humor, Minor Sexual Violence Reference, Strong Language, Suggestive Themes, Violent References).
It's a Mega Drive game. It's listed on IndieDB as a SNES one, because there's no option for MD platform, I requested to add it, but IndieDB staff doesn't give a shit about such things.

[You can buy its digital version via official site]

5.99$ for Standard Pack or 9.99$ for Unique Pack
All needed information can be found at Sashadarko.com

Thanks for voting and helping Sacred Line Genesis on it's quest to become the 2021 Indie of the Year. You are now in with a chance to score some free games. Help this game secure more votes by embedding the widget (or link) we have included below on your favorite sites.

The game is now available at Desura:
Indiedb.com
The existing 2.5 buyers will get Desura keys as soon as I'll have the time.
It's still 1$ cheaper on the official website.

The game is actually still in development, and you can look at the new in-game weapons: 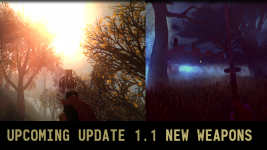 Sacred Line Genesis was featured in the new episode of Game Sack, which is dedicated to homebrew, hacks and translations.