In Runes of Brennos, you take control of a mighty druid seeking to seize power. Draw magical runes on the screen and see their power vanquish your opponents. Memorize and harness combos as you develop your skills. Understand the strengths and weaknesses of the runes to unleash their full potential. The road to power is a dangerous one, but with the right combination of strategy and skill the throne could be yours! An early version of the game has been released for Pc and Mac on Steam Early Access. We also have a special version for Leap Motion. The Early Access program on Steam allows us to test an early version of the game and collect all the information we need to improve and expand the experience.

Runes is on Steam Greenlight! Help us get Runes on Steam by voting "Yes" on our Greenlight page. Thanks in advance!

Help us get Runes on Steam by voting "Yes" on our Greenlight page. Thanks in advance!

Runes has been developed with the “Leap Motion” motion-controller in mind. The first version of the game was released on Leap Motion's Airspace store (Mac and PC) on 22/07/2013 making it one of the launch titles of the platform. The reactions have been great, which makes us excited about Runes on other platforms and stores like Steam and Desura.

While the gameplay has been tweaked to play with the Leap Motion, it's still possible to play with mouse or other input devices (like drawing tablets). Runes on Steam will be more mouse-focused while keeping the ability to play it with Leap Motion hardware: the best of both worlds!
We are going to reveal our plans for Desura soon too!

To celebrate our plans for the future, we released 2 new screenshots: 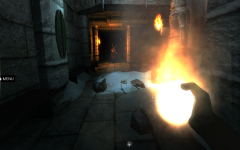 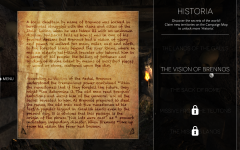 What does a Steam release mean for the game?