Rolling Coaster - a game of racing

The angular momentum of a rotating ball is put to the test when you rev up and race through scenic tracks. This is a all-out game of speed, skill and action. Control your racing ball on tarmac, ice and slippery moss-covered wood. Race at day, night or dusk. Follow the track under water, over flowing lava or high up in the sky. Use speed-boost, time-shift or a valuable super-ability to beat the opponents to the end of each race. Upgrade your ball with your winnings as you progress. Watch the volcano erupt and blacken the sky and surrounding landscape as you enter new areas of racing.

Comments and suggestions are very much welcome!
Please take the time to put down a line of what you think of the game.

Please note that to unlock the full game you will need a version of the game that has the "Activate full version" choice in the main menu.

Rolling Coaster has been developed over the course of a couple of years. I have always liked racing games but I didn't want to make a standard car-racing-type game. I wanted a game that feeled a lot like racing a car but with different physics. 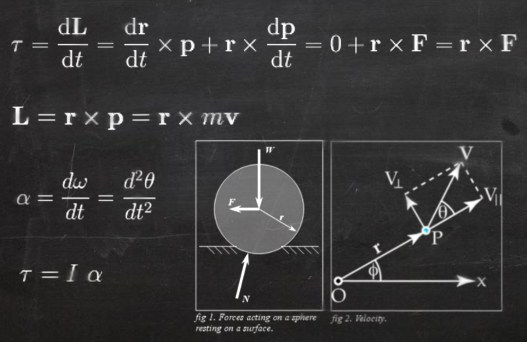 The idea of a ball rolling in a track is absolutely not new but I liked it enough to make a prototype for the physics with a skelleton of objects (track, ground) to go with it. I was new to "modern" graphics programming (the kind that has been around for decades) and it took quite a while to learn. My approach has been to not use a pre-made engine but to make everything from scratch to learn how it all works. Time-consuming to say the least.

I feel that I'm pretty finished with the racing part of the game. The racing is the best part of the game. It's actually the only part of the game. Even though you may make upgrades to the ball and unlock races on areas that have different textures and color schemes that is not enough. The game is, well, to put it bluntly, just too boring.

But I still like the game. I like the racing part and the close competition with the computer AI balls.

That is why I'm announcing the continued development of this game. There will be a version 2.0. There will be changes to the overall goal of the gameplay as well as other minor or mayor updates and additions.

What will change? This is a list of possible mayor changes:

Huge open world to explore. The game drops the single race on a single track principle and you are free to explore a world of tracks and areas. This was the way I wanted it from the start.

Ball-to-ball combat. It will be necessary to take on balls with the aim of killing them. Guns and rockets? Possible. But also by the means of magnetic linking, tractor beam, hitting etc. If you install the latest version you may go to the setup-game-menu and change the aggressiveness of the opponets. This gives you a feel of how combat may be.

Make your own track. Laying out new tracks to reach other areas may be a part of the game.


Multiplayer. A bit hard to do with a game that was designed as singleplayer from the start. But I will look into it.

Rolling Coaster - a game of racing features a physically correct solution of the equations of motion for a rotating sphere. Dull? Slow? Difficult? I don't...

Rolling Coaster - a game of racing is a marble racing game intent on being an arcade action game geared towards realistic physics. This first tutorial...

Release of v1.0. Now with the ability to unlock the full version with a licence code.

Looks and plays awesome, but the scenery and graphics are kind of plain. Excellent work!

Suggestion; Probably improbable but can you port this to Android? I'd definitely buy this game for on my phone action.

Yes, it does kind of look like a game for android or iphone.

So any chance of a port? I'm sure if you were to show this to Nvidia they'd send you a Tegra developers device.

I'm unsure of porting to any other platforms as I have little or no experience with them. But more experience is always usefull and people bug me a lot on this specific issue (doesn't anybody play games on the pc anymore?). Thanks for the suggestion though!

I noticed the game art has a lack of contrast. If you seperated the skybox for example from the rest of the game via contrast or colour tone, that might make quite a difference ;)

However, just a suggestion. Overall looks good so far :)

Thanks for the suggestion!! One of the most recent changes I've made was to increase the brightness/contrast of most of the surface textures. This was quite an improvement. I didn't think of making a similar adjustment to the sky.

It's however not very simple because the colors need to be coherent in some way. Also, the color of the sky is a separate gradient in red, green and blue and is a function of time, looking angle and sun angle.

If you have played enough to reach the second or third part you will note that the overall colorscheme is changed.

are there new versions coming???

Yes. As you may have noticed there is still a lot of work to be done on this game. The release date was a bit optimistic.

Tags
Embed Buttons
Link to Rolling Coaster - a game of racing by selecting a button and using the embed code provided more...