Every good game has a believable story. There are some aspects of ours people have questioned, we think you should know the real reasons behind the initial limited gameplay options (one pistol, one drop pod).

Hey, we just released on Greenlight, if you think Rogue Invader would be a cool game to play, we’d love your vote:

There are real reasons there are a million marines, but only one drop pod and one pistol available in Rogue Invader. Lore and backstory is super-important as we play games, so we worked hard on developing a (mostly) believable backstory. Some of what follows doubles as a player’s guide as well.

After 20 years of fending off the zeno invasion force, terran command commissioned a fleet to strike at their heart to end the war and end the constant slagging of terran planets.

Jump by jump, ships of this fleet were destroyed as it raced for ten months to get to the heart of zeno-controlled space. 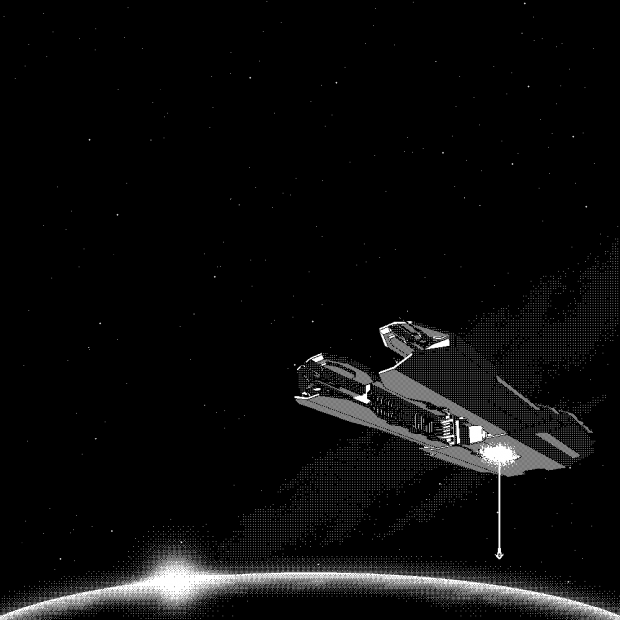 The Carrier: GCS Gate of Valhalla

All soldiers are equipped and launched from the GCS Gate of Valhalla. You have a million marines, but can launch them only one at a time. Equip them in the launchpad with weapons you designed in the arms locker, built in the forge, and researched in the labs. Launch them to end the struggle once and for all.

The GCS Gate of Valhalla is supported by three frigates, two destroyers, four dreadnoughts, and 23 fighter wings. Collect resources to create items to take advantage of this support (we highly recommend the Orbital Bombardment).

In the arms locker, you design weapons based on the chassis you've unlocked. Each chassis accepts 1-6 modifications. These modifications drastically change the weapon's effects. A heat sink will increase a weapon's fire rate. Battery amplifiers increase the maximum damage the weapon does.

Things created in the arms locker are blueprints and all constituent parts must be created in the forge in order to include them as part of your loadout. Each design can be changed at will and you can create new ones and save them using the rename feature. All changes made to the design are automatically saved.

In the forge, you build gun chassis, modifications, armor, and other items. For guns and modifications, these are the physical versions of the things you designed in the arms locker. Creation--assuming you've collected enough resources to build items--is simple. Click on the tile to create, click near the recycle button to return a fraction of the materials to your supply.

If you choose to beam items and weapons you find on the planet to the GCS Gate of Valhalla, you can research them in the lab. By researching weapons you find, you might be able to develop a functional blueprint, so you can add this weapon to future load outs, or you might discover a new modification that can make future invasions easier. 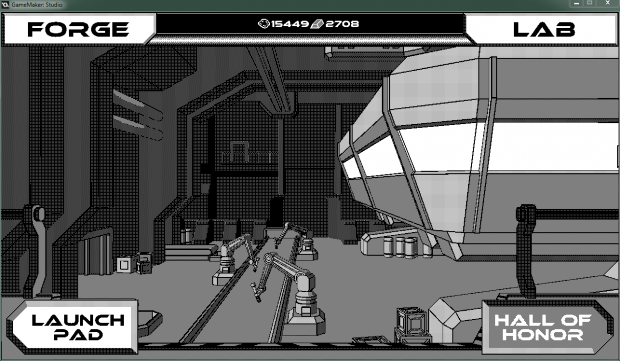 One soldier at a time, you invade the zeno homeworld. It is quite different from terra--its terrain feels almost organic as rocks and trees change locations each time the pod lands. You also notice how quickly the zenos rebuild structures after previous soldiers destroyed them. This certainly is a strange place...

As you arrive on the surface, you feel very prepared. You've been briefed ad nauseum about the different types you will encounter: grunts, brutes, and snipers. Easy.

But as you move forward, you get a little uneasy about the clicking sounds coming from the direction you came... 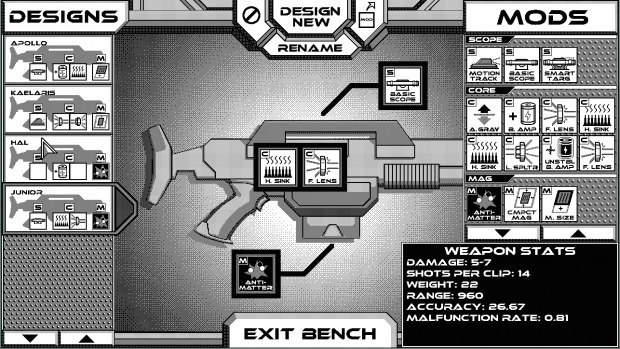 The first marine sent to invade had only a pistol. She beamed back enough resources to build a rifle before being gunned down by a trio of zeno grunts. You can use the guns you find or beam them back to the GCS Gate of Valhalla to be researched to create blueprints so future soldiers can use them.

Your weapon arsenal may include:

Mods are necessary to success--they change the core attributes of the gun. They are researched in the labs as you beam weapons back to the GCS Gate of Valhalla.

(This is a partial list. We've implemented twice as many mods.)

If you haven’t already, go vote YES for us on Greenlight. We’re grateful for every vote. And even if you don’t we’re grateful you took the time to learn more about Rogue Invader.