"Rig or Skill: Pc Brawl" is a very simple and small game based on the idea of air hockey, but with some additional features like spawning units and using special skills. The main theme is a parody based on PC Master Race.

So here we are folks! Hours from the start of Early Access. It’s the end of the world as we know it. And we feel fine.

Posted by NoGravityGames on Mar 9th, 2018

Human-made computer applications have become self aware and started an all out war amongst themselves. In 4K and 60 fps to say the least! You know it’s getting serious if such numbers are in play. The battle of the programs is named Rig or Skill: PC Brawl, and the prize is… domination and respect in the whole interwebs. The winner will be deemed the most intelligent algorithm in history.

Before judgment day comes, we want to invite you to step into the glorious battlefield a little early. You may call it early access, we call it „preparing for extinction”. It’s better to know the enemy before he rises up against humans, right? Who knows what such a magnificent application will do once he has become convinced of his superiority?

You can take part in Rig or Skill: PC Brawl FOR FREE. And you know what? It’ll stay FREE FOREVER. It’s all for the cause – so you can ready yourself for the worst. Please try to remember that it’s a serious cause, even though the competition can be a super fun and addictive variation of ice hockey. 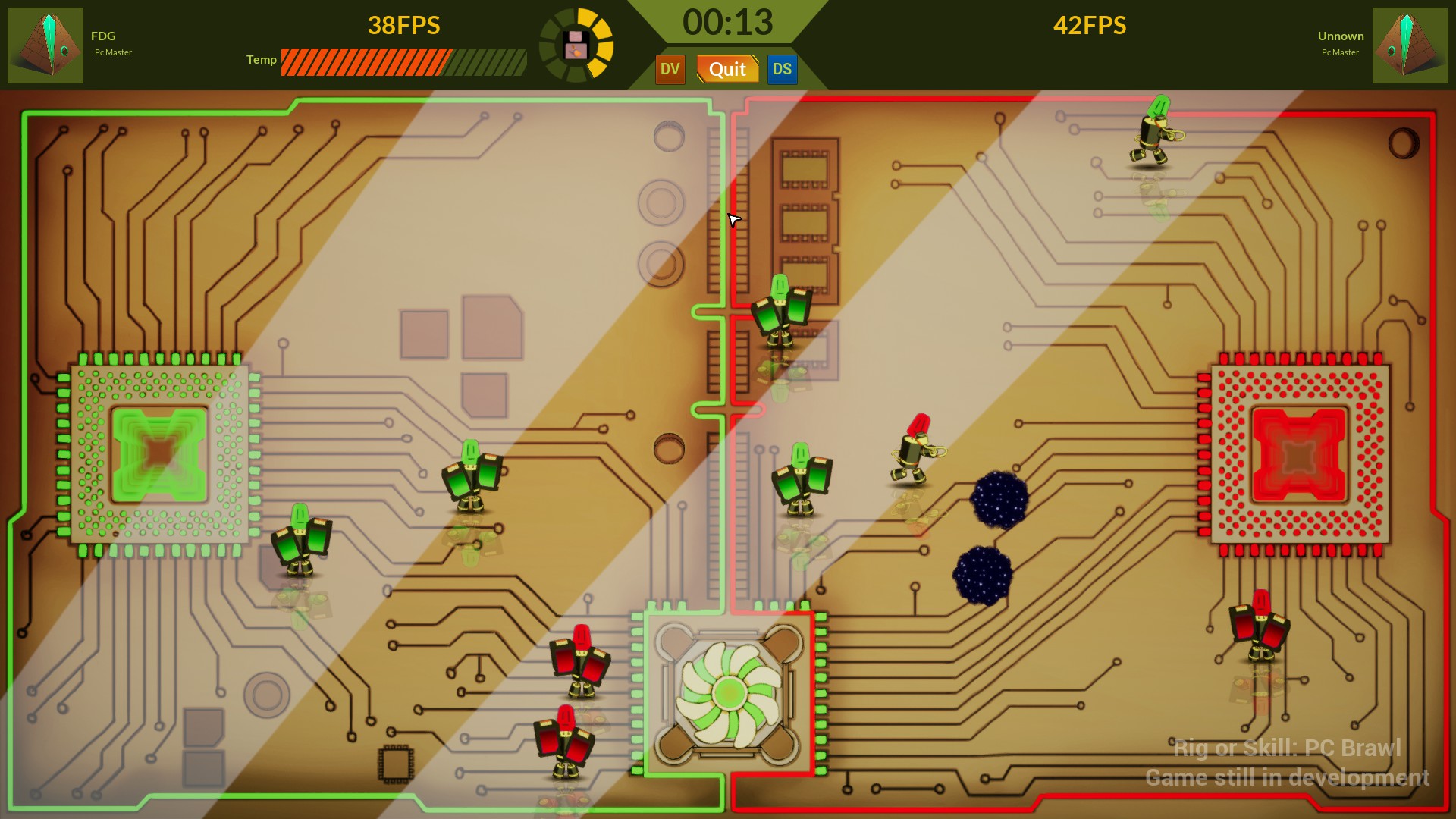 Rig or Skill Early Access starts today. Feel free to give us any feedback about Rig or Skill: PC Brawl. Every comment and suggestion will be taken into consideration, as that’s what Early Access is for!