Red Flag! is a multiplayer action game that try to bring back the classic arcade style with its top-down camera view.
Your skills to aim fast are the only prerequisite to play the game and take down your enemies. The game offers the classics game modes ( Death-match, Team Death-match and Domination ) with a big arsenal to your disposition, you can compare all the available weapons to choose the best for each map and/or situation.

After a long freeze status of our game dev studio, the development of Red Flag! is on route again… Our studio is back to the business and we are working on the preparations to release to the public the latest version of Red Flag!.

We really hope to release the new version soon and make the years of work on this project worth something.

Thanks to all the people that still believe in this project. 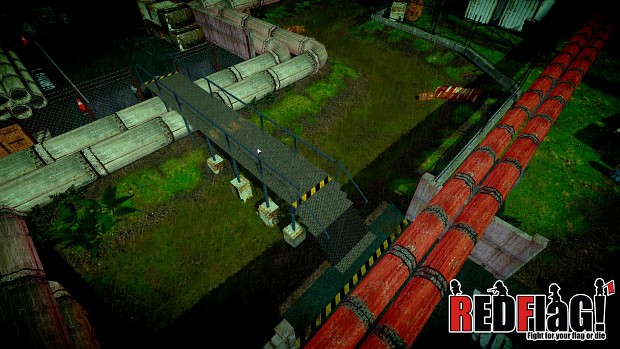 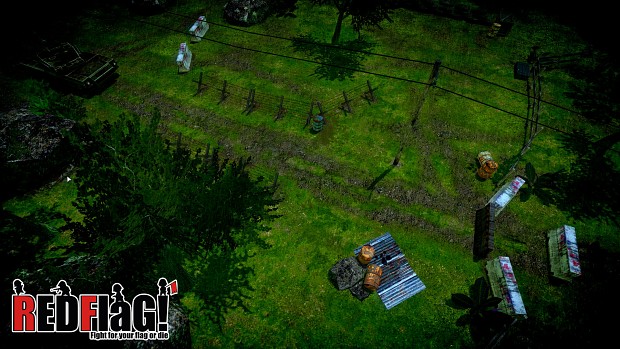 A new version of Red Flag! is pretty close to be released and this build will introduce some very important new features.

A new version with various improvements, new features and interface changes are now available. The new build 1364 is necessary to connect to our latest...

And a new update has arrived with some server-side improvements and the introduction of bots to the game.

Do you guys plan to have a Linux release?

Sorry, but our game engine only support Windows.

I updated to 1326 and got a memory acces violation. How come?

If the "Memory access violation" show up when you try to enter to the server, just try again till you can enter. Is a known bug. ( The next patch will fix that problem )

hi guys! can u help me with hosting game? i try to create server (both dedicated or not) but i cant press button 'start'.
sry for my eng

Hi, the beta client don't have the possibility of create a server at the moment, we are still testing our server code and improving some critical features... But very soon the option of create your own Server ( dedicated or non-dedicated ) will be available. ;)

We are currently working on a bot system to give to our Beta-Testers something to aim and shoot, even if the server is empty. :)

I like birds also. And there is only Birds when we stard your update. Nothing, nobody. No war, no shoot, no server. 1...try... and second try... third... and my death. Arghhhhh !

For the Supremacy Arcade