When a withdrawn virtual reality nerd has the opportunity to beta test a neural device that feels more “real” than reality itself, everything she assumed about the nature of existence is thrown into question.

We released Chapter 3 to beta backers! Development is progressing well, and we are hopeful that we will release on time!

We’re a few days late, but Chapter 3 is finally ready for beta-access backers to enjoy! Chapter 3 is the end of the first “book” of the game (where the story is split into three distinct books). 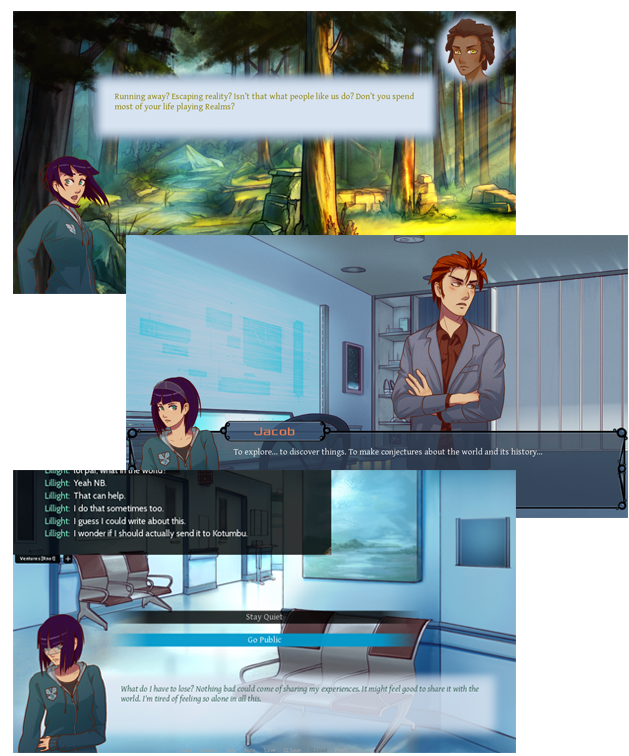 Looking back on our January Plans from a previous update, we’ve accomplished everything we set out to do, and we are still on track for a (late) March release! The script has been edited, we’ve on-boarded a new artist who is working on the ending panels, Chapter 3 is now released, and we opened a late-backing pre-order system on our website: Fancyfishgames.com. 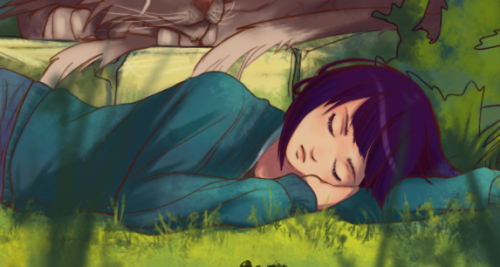 Chase (our composer) has also completed a new track for InterMense, which you can listen to here:

The new music has been added to Chapter 1 (the demo), along with a few minor changes to that chapter and a revised sprite for Ben - if you haven’t played the demo yet, you can do so here: 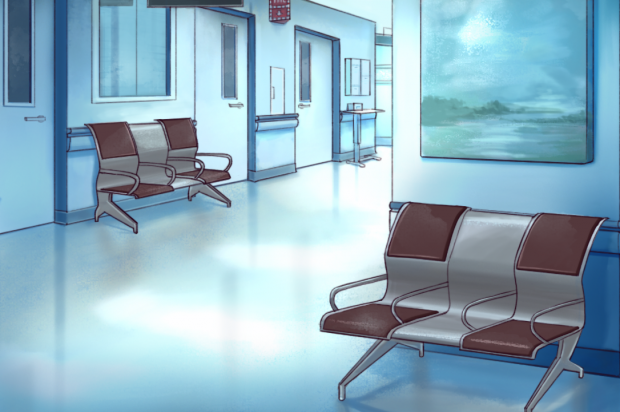 For February, we want to keep up the momentum and and stay on target to release the full game by the end of March. We’ll mostly be focusing on editing, art and music updates now, and we should be able to increase our pace since the majority of the backgrounds and character sprites are done. Our goal is to release all of Book Two (chapters 4-6) by the end of the month. That will leave Book Three, the epilogue, finishing touches/revisions, and backer rewards for March, which is definitely doable (especially now that we have a second artist on board).

Are the secrets of Vitalia and the Penta hidden beyond the bridges?

It’s an exciting time as the full story is finally coming together. Thank you for all your support to help make this happen! We will continue to share development updates, and if you have any feedback on Chapter 3, feel free to post it in our development forums or use our handy feedback survey.