Supernovas blaze in the night sky, but the gaming world is abuzz over a new virtual reality console. Jacob Lessard, developer of the Penta device, promises a neural experience more “real” than reality itself. But what does it truly mean for something to be real?

When Lilya arrives at InterMense to beta test the Penta, she expects to spend the weekend battling her social anxiety in exchange for the opportunity to enter the Vitalia simulation. But when Ben, another tester, refuses to leave the world of Vitalia, endangering his life, Lilya sees that she has become involved in something much more eye-opening than she realized. As Lilya, Ben, and Jacob’s fates intertwine, they must make some of the hardest decisions of their lives, and confront their own perceptions of the nature of existence.

In this interactive novel, your choices will shape Lilya and Jacob’s beliefs about what is real, or if reality even exists. 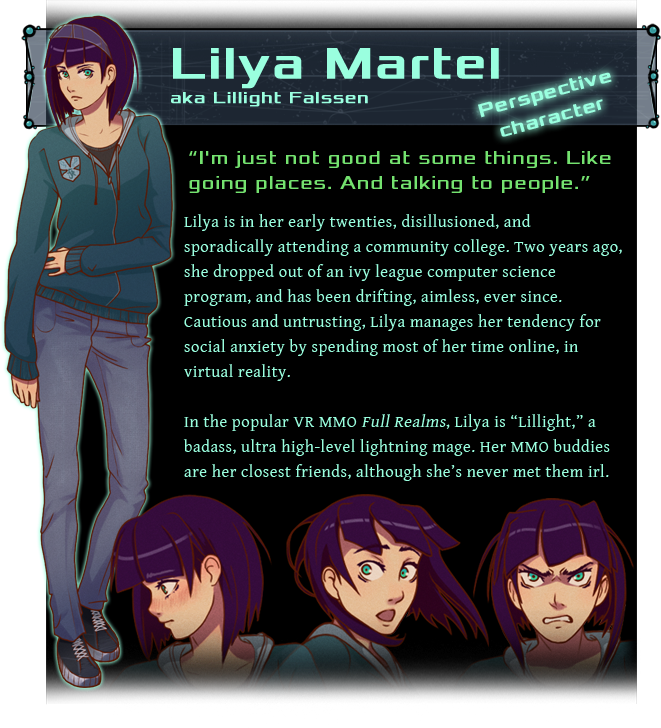 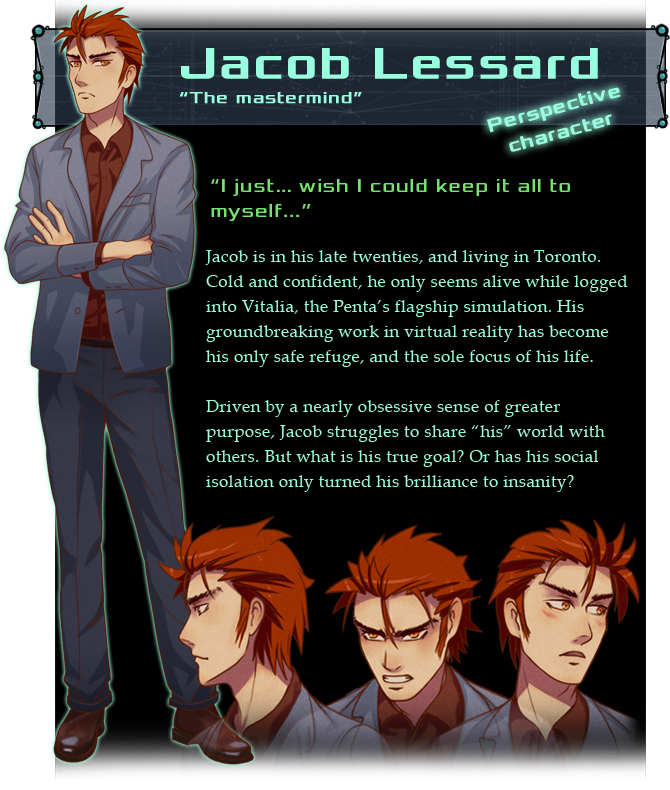 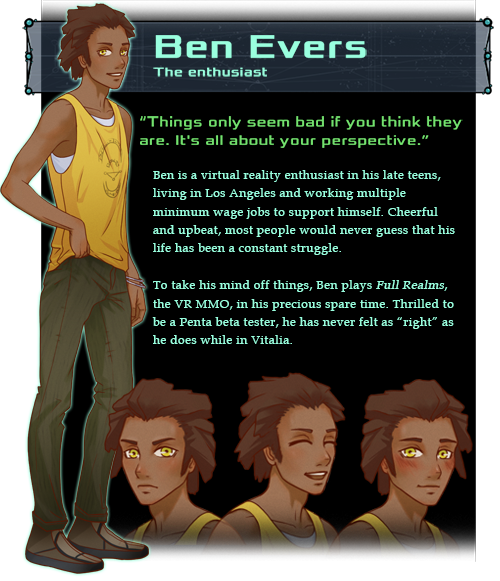 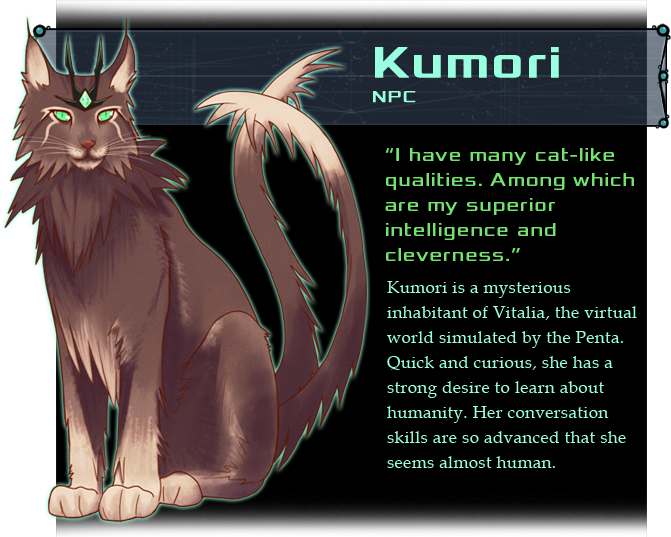 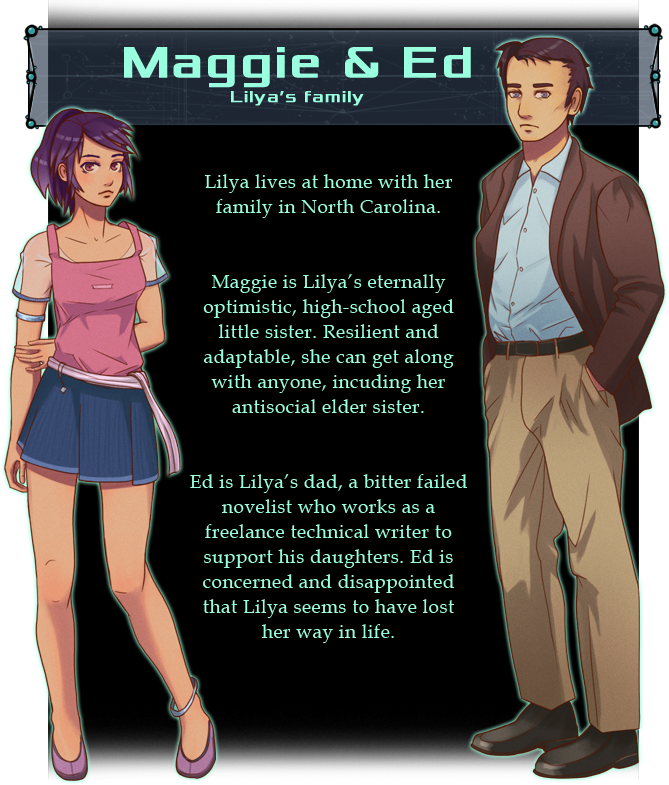 Since the last update, we have been hard at work finishing Book 3, doing some final playtests/polish and adding additional features like achievements, steam trading cards and a scene gallery. Now we are proud to announce that we have launched the game on Steam! The game is currently 15% off until April 25th to celebrate the launch, so get it now!

Book 3 is the final - and, as the name suggests - most revelatory part of the story. All of the story threads we’ve been weaving through books one and two come together here, and your choices begin having a larger impact than ever before. The heavy branching in Book 3 and the Epilogue was definitely an editing challenge - however, we think it adds a lot (especially to replay value)! It’ll be fun watching people compare their epilogues and the very different paths they can take! 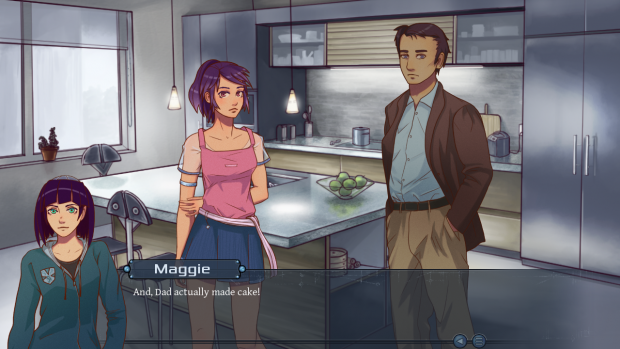 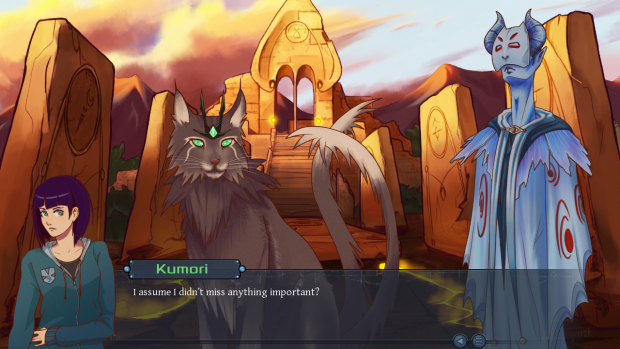 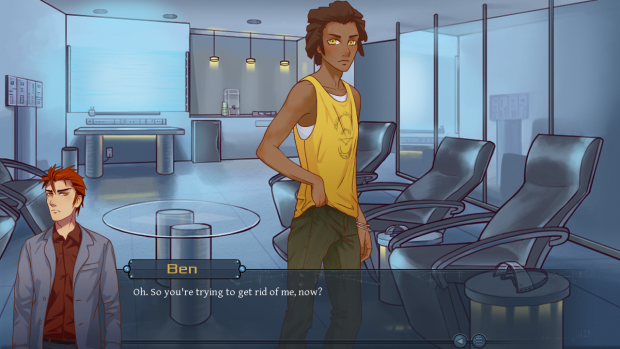 Over the last few weeks our composer, Chase, has produced a ton of new and wonderful music tracks! You can listen to one of the new tracks, “Remorse,” right here: 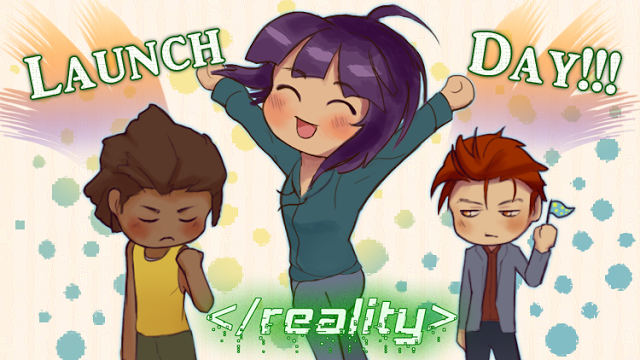 I hope you are as excited as we are! If you are, please held spread the word about the launch - on social media and beyond. Let's build some hype! And, once you have the game in hand, please share your screenshots and reactions using the hashtag #RealityVN! We want to hear what you think!

New Trailer and The Final Stretch!

We released Chapter 3 to beta backers! Development is progressing well, and we are hopeful that we will release on time!

The Demo for </reality>! Runs on Windows, Mac or Linux.