Spending too much time on a spaceship can make anybody edgy. Can the crew of the Quasar nevertheless learn to cooperate? A high-resolution adventure game in six rooms, the main point of the game is to explore the possibilities of having multiple characters. You can switch between four of the crew members that each have their own skill set, and their own reactions to hotspots and to other characters. Well, you can't switch characters at the beginning, because the characters are angry at one another and you need to figure out how to make them not angry any more. Once you've done that, you can switch. The puzzles in here shouldn't be too hard, it's mostly about exploring the different reactions. 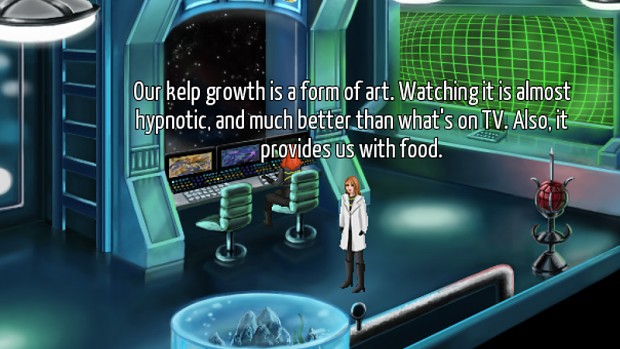