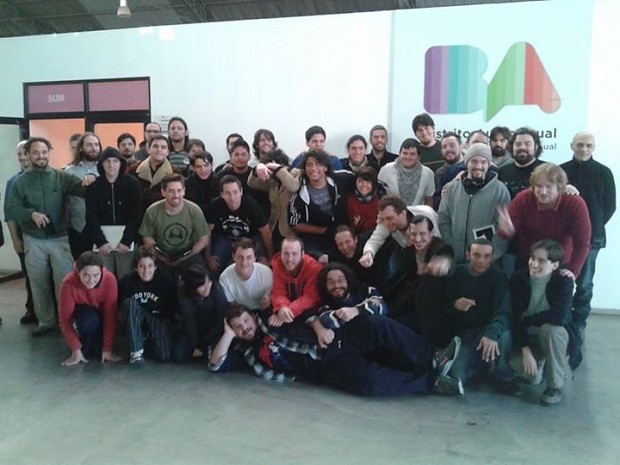 Some group photos which were taken at my local Game Work Jam in Ciudad Autónoma de Buenos Aires. I'm in all of them (in the bottom-right area), and new Quark Team member Martín Igarzabal can be seen in the latest one(bottom row, second from the right), which came out a bit blurry.