Quarantime is a special recipe for thrill seekers. It’s a run and chase experience that engages the player in an adventure to stress management. Find inner peace thanks to the Zombie Shepherd School program.

Get an overview on our artistic pipeline for these two characters, from the sketch to the lighted model, through the painting, through the ZBrush model and the Unlit low poly model. Get your hands on our exclusive pipeline and shader for unity. (Free to use.)

A few months ago we introduced the Shepherd and the Badger to you. School has already started but it's never too late to catch up and to learn more about your classmates :)

In the world of Quarantime, all of the characters are put in a humoristic setting. If Quarantime was TV show the plot would have been "Why i hated this school so much !". In this quest for inner peace, School life becomes a cartoon and emphasizes the most trivial situations. Our characters had to be animals in order to match this approach, to strengthen the fanciful nature of our universe.

Get an overview on our artistic pipeline for these two characters, from the sketch to the lighted model, through the painting, through the ZBrush model and the Unlit low poly model. Get your hands on our exclusive pipeline and shader for unity. (Free to use)

To render the characters​​, we created a Toon shader. The challenge was to get as close as possible to our early concepts and references. Our art style is detailed, brushed and colourfull and doesn't match the flat colors provided by a classic cell-shading. So we wrote our shader this way: (image)
In addition to the diffuse texture / colour, the rim light / colour, our shader has a ramp texture. It's an easy and proven way to control the number of steps in the lighting and to see how lighting applies on the low poly model for a cartoon shading.

The colors of the ramp may seem fancy but it seamlessly matches Quarantime's color palettes. (For comparison here is the valve's solution for team Forteress 2 ).

Without normal map, the overall result for the rendering remains satisfactory thanks to baked textures. Because we had high poly models we were able to integrate a normal map to the shader, it provides additional details and strongly improves the lighting while staying cartoon and authenthic. 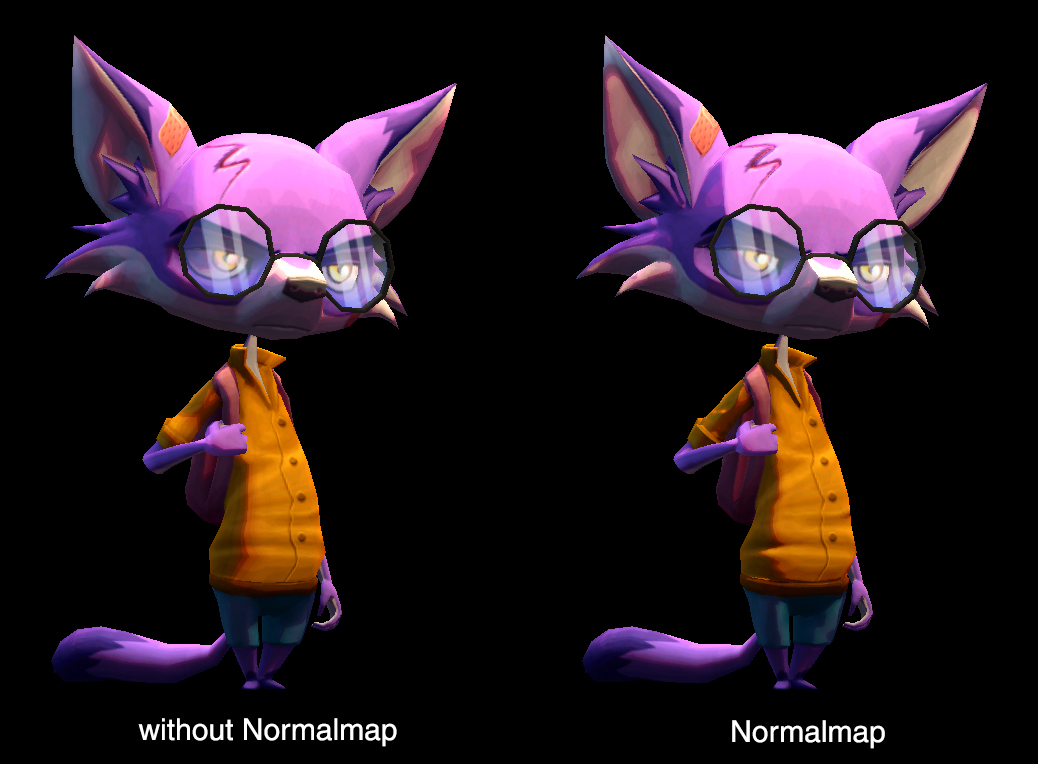 Finally, the most sensational feature, the X-ray ! Quarantime is a top / down game, with a slight tilt in the camera, adding a perspective in the image. If a character gets behind a level asset, the character will shine through it. Appearing like a skeleton, reminding us our old cartoon show. 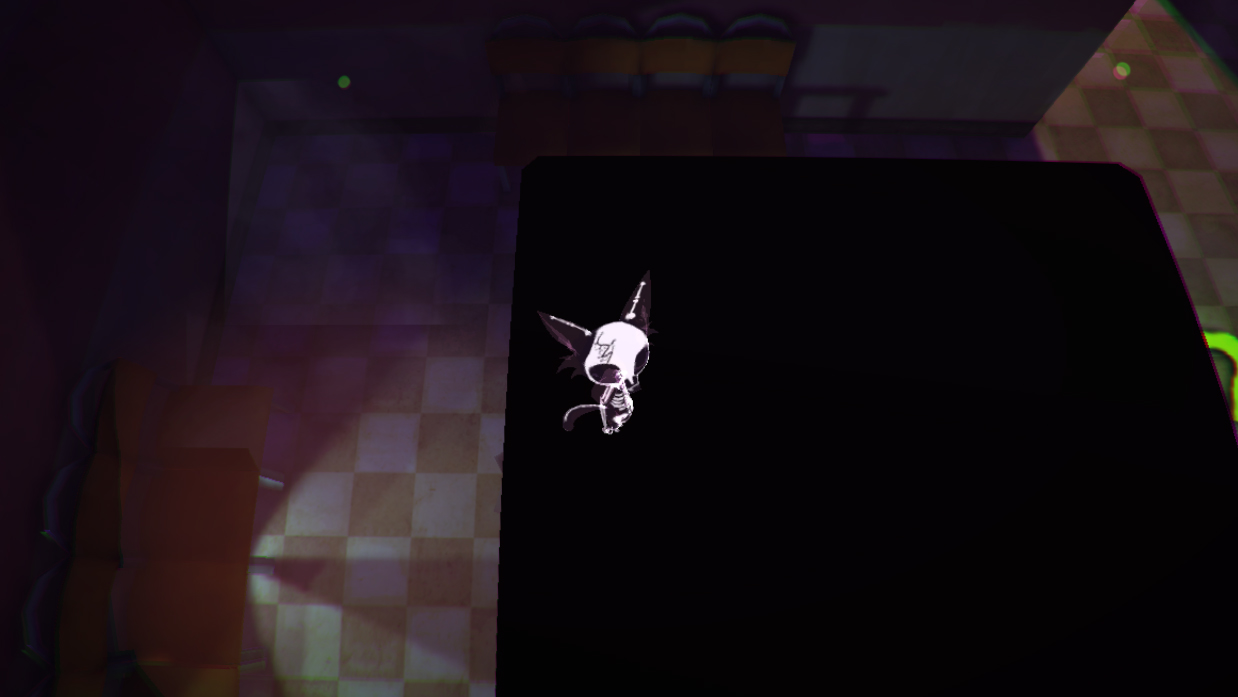 You can find the Unity shader here, free to use, it includes the normal and the ramp. However, the X-ray is not finalized yet and it is not in this version of the shader.

Here are some sources that helped us build the shader: