Project Torment is a third-person psychological horror game centered around a man named David who searches for his wife and son after awaking from a brutal accident. Inspired by the first three Silent Hill games and the early Resident Evil titles, Project Torment features action/adventure gameplay with melee combat to fight off the monsters inhabiting David's world.

Now a concept on Steam Greenlight! 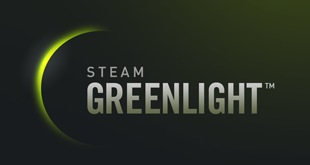 Thanks for voting and helping Project Torment on it's quest to become the 2021 Indie of the Year. You are now in with a chance to score some free games. Help this game secure more votes by embedding the widget (or link) we have included below on your favorite sites.

Up to this point all the concept art for Project Torment has been around enemy design. While enemies are vital to the look of the game there needs to be more concept around the “feeling” of the game on a psychological level. These concepts need to define how the characters feel, how they view themselves and the world around them, and what kind of darkness they may not know lives within.

This post is the first in a series of concepts dedicated to providing a psychological backdrop for Project Torment. These items may not directly translate to locations or people found in the shipped game, but hopefully they will help provide inspiration during development. This series of artwork is done by the awesome Riley Schmitz (Facebook.com).

For this post we have the game’s protagonist, David Hamilton, drawn in a “self-portrait” style. The direction for this was to imagine what would happen if David sat down to draw himself and while he was drawing a darkness began to seep across the page, turning the self-portrait into something more sinister. David has a history of Deproxitine use, an anti-depressant found in the game (and in the trailer if you remember!) that causes various changes in the user. He finds himself lost, as if the drug is taking over and the rest of him is fading away; a theme very prominent in this first piece of artwork:

A New Monster Appears from Within the Darkness of Project Torment...

First Look at an Enemy Concept for Project Torment

Hi, Im new to youtube but I was hoping you would allow me to record and upload a let's play of this!

Absolutely! We encourage and would love to work with you and any other YouTubers/content creators. Once we have a playable demo we'll announce it on our social media channels including this page so it's best to follow us here and on Twitter (@SubMatterGames).

In the meantime, if you're interested in a different style of Let's Play and have Windows 8, our first project can be found for free. The IndieDB page for Don't Be Dinner is here:

Oh man.. this looks very promising. The monsters look very similar to the design of Amnesia and Silent Hill monsters, which calls for a very disturbing/horrifying experience! Not surprised at all that its on Steam Greenlight. Looking forward to more!

Thanks rage2death! Hopefully we can be as influential and surprising as Amnesia and Silent Hill were when they released. More updates coming soon...