One spaceship and its crew must race against time to save their civilization from total destruction - but what can one ship do against thousands? In this 3D space adventure, actions have consequences and the story is a puzzle you must solve.

Today I finally registered my game "Project SAI" on IndieDB, and while there isn't much to show at the moment, I thought it would be good to write a bit about the game and its progress. 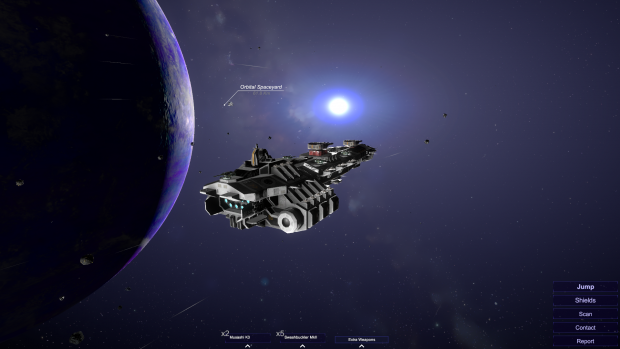 First of all, "Project SAI" is only a temporary name for the project - I have a more interesting name in mind but until I've triple checked its legal availability, made logos, etc, I prefer to play it safe and just not reveal it.

What should you expect from Project SAI?

The basics first: you will control a spaceship - with full 3D movement, weapons, shields, warps, etc... but you will not micromanage the crew like you would in FTL or similar games.

You explore star systems seamlessly, without loading times, and with realistic scales. I've spent a lot of time on this, and it's 80% done, so this isn't a risk for the project. When you go from star system to star system, the stars in the "sky" move accordingly, and so do planets in interplanetary travel. It's all simulated with realistic sizes and distances. 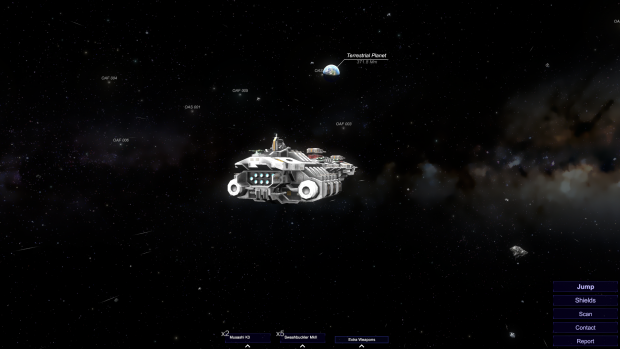 You will encounter aliens. There will be dialogues and there might be combat. I dislike games that mark enemies in red and allies in green, telling you who you can or cannot attack even before you know who they are... I want to make a system in which a combination of the alien faction's aggressiveness/paranoia and your own actions will result in someone opening fire or not - and of course I want the faction to remember. It's not implemented nor completely figured out yet, but it's high in the list. 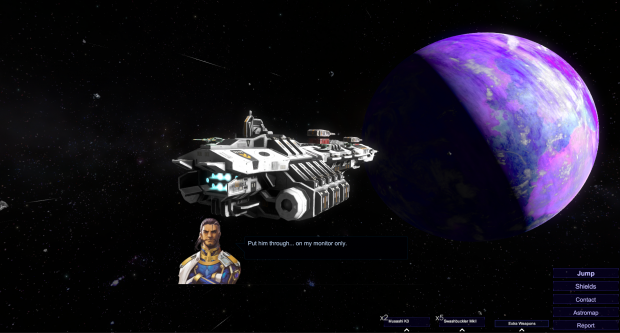 3D space combat adds action to the adventure. There is still some uncertainty in how to manage ship rotations without using too many keys - but after several rounds of experimentation I'm less worried about it than I was a year ago when I started this.

An interactive story. This is what matters most to me - I want to experiment with how the player's actions can affect the game in a meaningful way, like the original Fallout games without the damn bugs. In Project SAI, the story is a puzzle you have to solve by gathering information, figuring out how to act on it, and doing it in a timely manner. By default, you will lose and die, all on purpose. There will be no mission objective indicator to tell you what to do, but hopefully the high level "story" mechanics will be clear enough that the player understands what he needs to do, and what the viable options are. Figuring out where to go, what to do, and when to do it will be how you beat the game at the high level.

What's the state of the game?

So far I have spent one year on the game, doing a bit of everything: combat/action mechanics, seamless space tech, story events, alien faction, alien techs, learning to use blender (ouch!) so I can prototype my main spaceship, learning astronomy, figuring out how to handle lighting, shadows, stars, etc etc etc...

After this year of work I definitely have a solid tech base, and more things figured out than not. What the game lacks now is actual content - mostly story content, along with the related systems, for example threat escalation into combat, as mentioned above.

I'm currently not showing anything new from the game, for two reasons: First, I am working on a new spaceship design, as the current one is from the Unity Asset Store and is used in other indie games... not cool. Second, I would want to show off warping but until I add some fake speed effects and fix some bugs, it just looks silly. Hopefully when I solve those problems I can start making screenshots and gifs again, and gather twitter followers little by little :)

Art content will be a problem I need to address in the near future. By myself I can only prototype 3D models and buy pre-made assets, but I will need to find good 3D artists to make my ships and space stations. 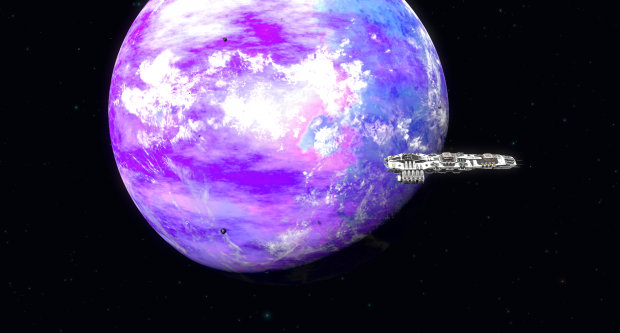 This concludes my first "devblog" article - on IndieDB or anywhere for that matter. I hope this will have piqued your interest for Project SAI, and I invite you to connect on twitter @timecraftgames, facebook, or follow me on IndieDB to receive future updates. Questions and feedback are more than welcome. Thanks for reading so far, enjoy the rest of your day!