Polyshooter is an arcade polygonal shooter with a minimalist art style and 8-Bit melodies!

You are a simple triangle, at the bottom of the screen. Arrow keys 'left' and 'right' move you side to side, but if you press space, you fire your lasers! Use these wisely, and be sure not to waste them, because you can run out! The red circles are the bad guys! Shoot them any chance you get! If you let one collide into you, you will lose health, so make sure you don't miss them or run out of ammo! Don't worry too much if you run out of ammo, you may just be able to recover! Every so often, boxes will drop from the mists of the polygonal universe! In these boxes? Ammo! You may just be able to recover!

As you get better at the game, and your score improves, the enemies will come faster, so make sure you are prepared!

Well, a completed, more difficult and polished version of Polyshooter is now available for purchase for a very low price of $0.25! It introduces many new changes to the art style, gameplay and mechanics of the game, which I will go over below.

A new drop has been added, which is health based. It gives 10% HP on contact. Pathing has also been fixed for them, ensuring that rather than float next to the player, the drops will move into the player. Spawns of the red circles have also been increased, and speed boundaries have been modified to make gameplay more of a challenge.

The completed version of Polyshooter introduces some nicer visual effects. It has thickened the lines used for the polygonal art, and has introduced glow effects for some of the visual elements. This can be seen below: 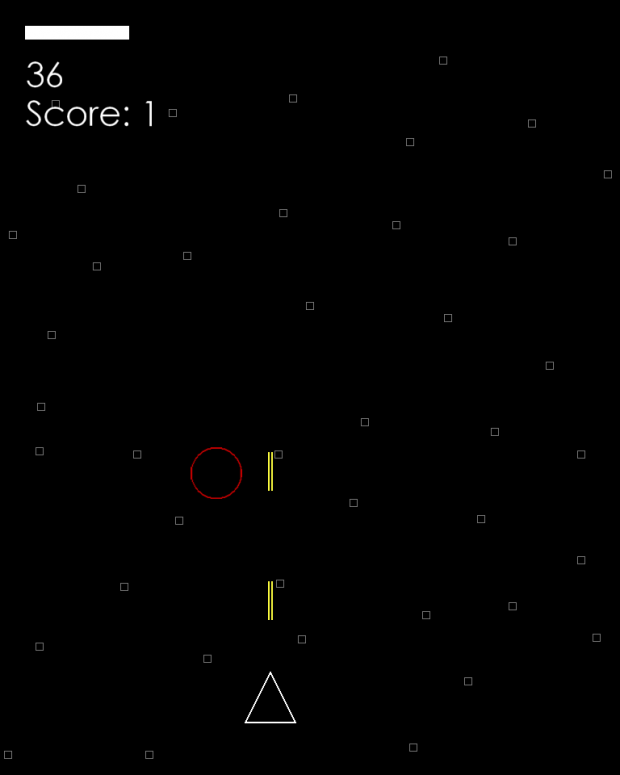 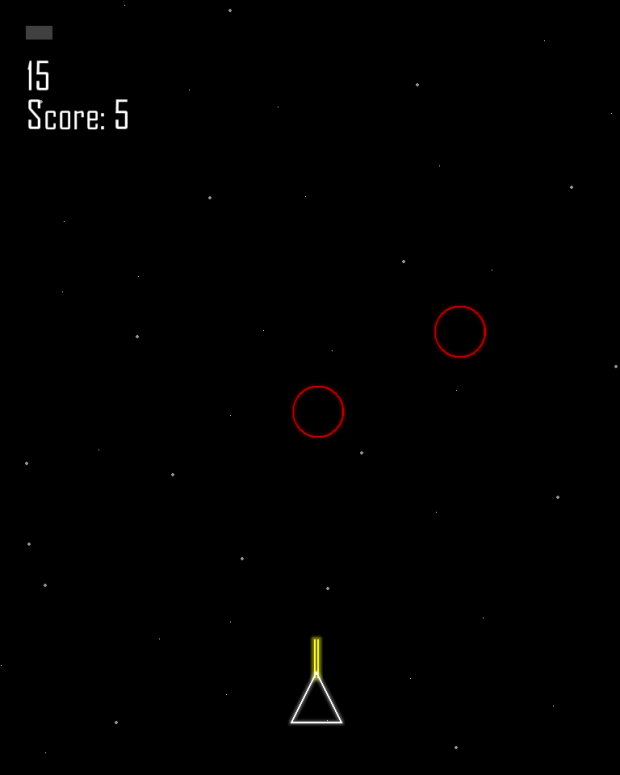 The first image shows before the update, and the second image shows after the update. As you can see, there is a new introduced glow effect, which creates a 'neon' effect. It is baked into the texture. The background has also been changed from squares to small dots, to represent stars. When the player moves side to side, the triangle tilts very slightly, and the stars move to simulate turning in the sky. This makes movement in the game more visually pleasing.

The changes made to the user interface are much more subtle. Some screenshots showing these changes are below. 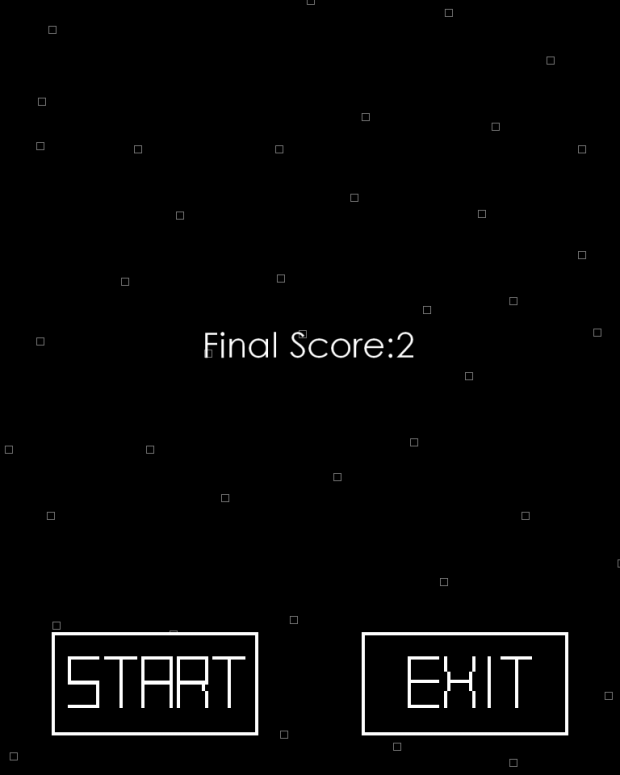 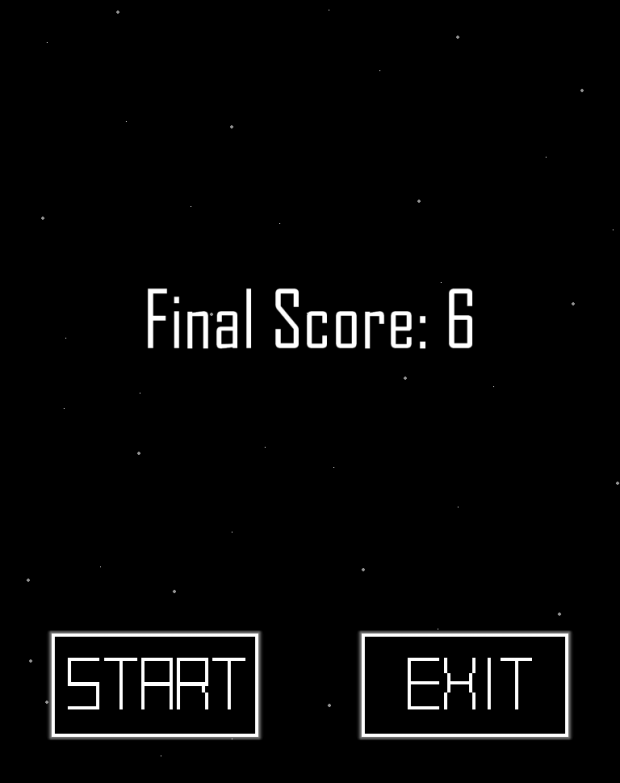 The font has been modified, fitting much better compared to the original font, which was a basic font with no style. Glow has also been added to the buttons to add depth.

Overall, the changes made are very minor but improve the gameplay quality quite a bit. The game is available on itch.io for $0.25 right now! Here is a link to the game.

A Dance of Fire and Ice Rhythm