Walk through a glassy ripple in spacetime, and you might find yourself on the surface of a two-story irridescent barbeque grill. Turn your whole room into a rhythm game where you fend off a musical onslaught of candy. Use the Golden Tongs to rearrange the world around you and make any instrument you can imagine.

Holding fast in the valley between "VR game" and "VR experience" are novel and unique uses of VR such as After & Forever's Playthings. From the mind of George Michael Brower, formerly of Google's Creative Lab, comes this first-person, fantastical landscape of melodic mayhem, where the xylophones are gummi bears and the drums are hamburgers.

Browder's own description, "an onslaught of candy", is not wrong. Though one rhythm-based mode, which appears similar to games such as Dance Dance Revolution and Guitar Hero, sees you attempting to hit candy notes as they fly toward you, every other aspect of Playthings seems tuned to encourage creativity. You can even turn your drumsticks into magical tongs, which allow you to pick up and rearrange the musical "instruments" around the level. 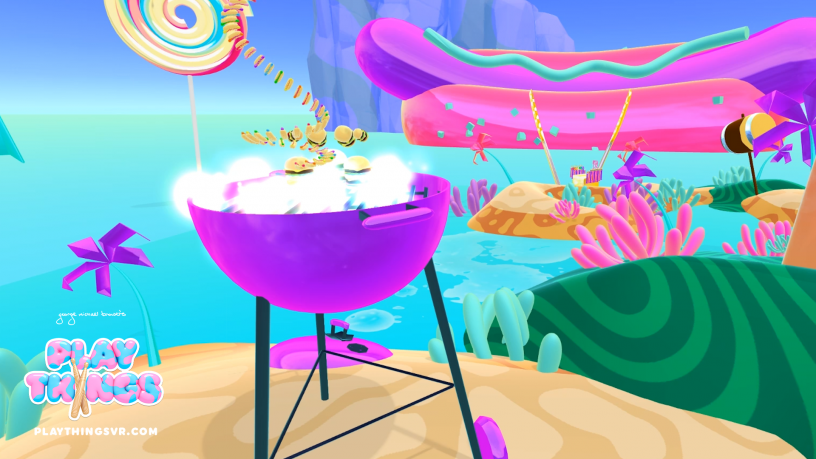 Browder has no solid release plans for playings just yet, as he mentions on the game's homepage:

"I have way more ideas for this project than I have time to execute them, and this little video barely scratches the surface. I want to see entirely new worlds with different themes and sound palettes, the ability to save and modify your own instruments, a billion more rhythm games… hold up actually, brb."

Hopefully he won't be gone long, as we can't wait to check it out on the HTC Vive and just...play. 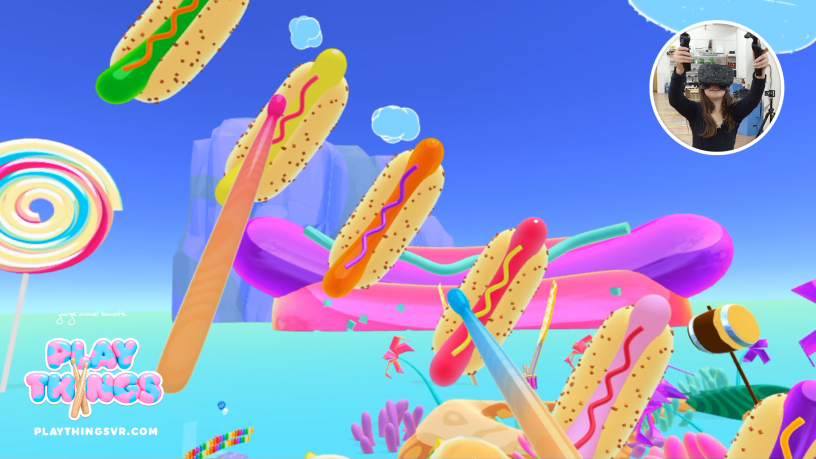