Big announcement today, I have release the pre-alpha version of PC Building Simulator, meant for testing everything out and finding bugs.

You can see videos of the progress I made on the game on this playlist from newest to oldest.

This is the last one, a short gameplay teaser of the game, so you know how it looks and works.

- Accurate interactions between them. Everything has a slot where it installs just like it would in real life.

- Simple to follow tutorial that will get you started building your first computer, having components and procedures explained step by step.

- Preview build before starting to work on them in real life.

All that and much more, coming to PC Building Simulator.

I know some of the components don't make sense as choices today but I have mainly focused on getting everything to work and better and more numerous 3D models will come in the future.

Feel free to leave here any suggestions you may have, things you'd like to see in the game in the future and any bugs you encounter. I will use these to improve future versions of the game and hopefully I will, at some point in the future, have a full game for everyone to enjoy.

Thank you for all your support.

Here are some screenshots from the game in case you don't want to watch the videos: 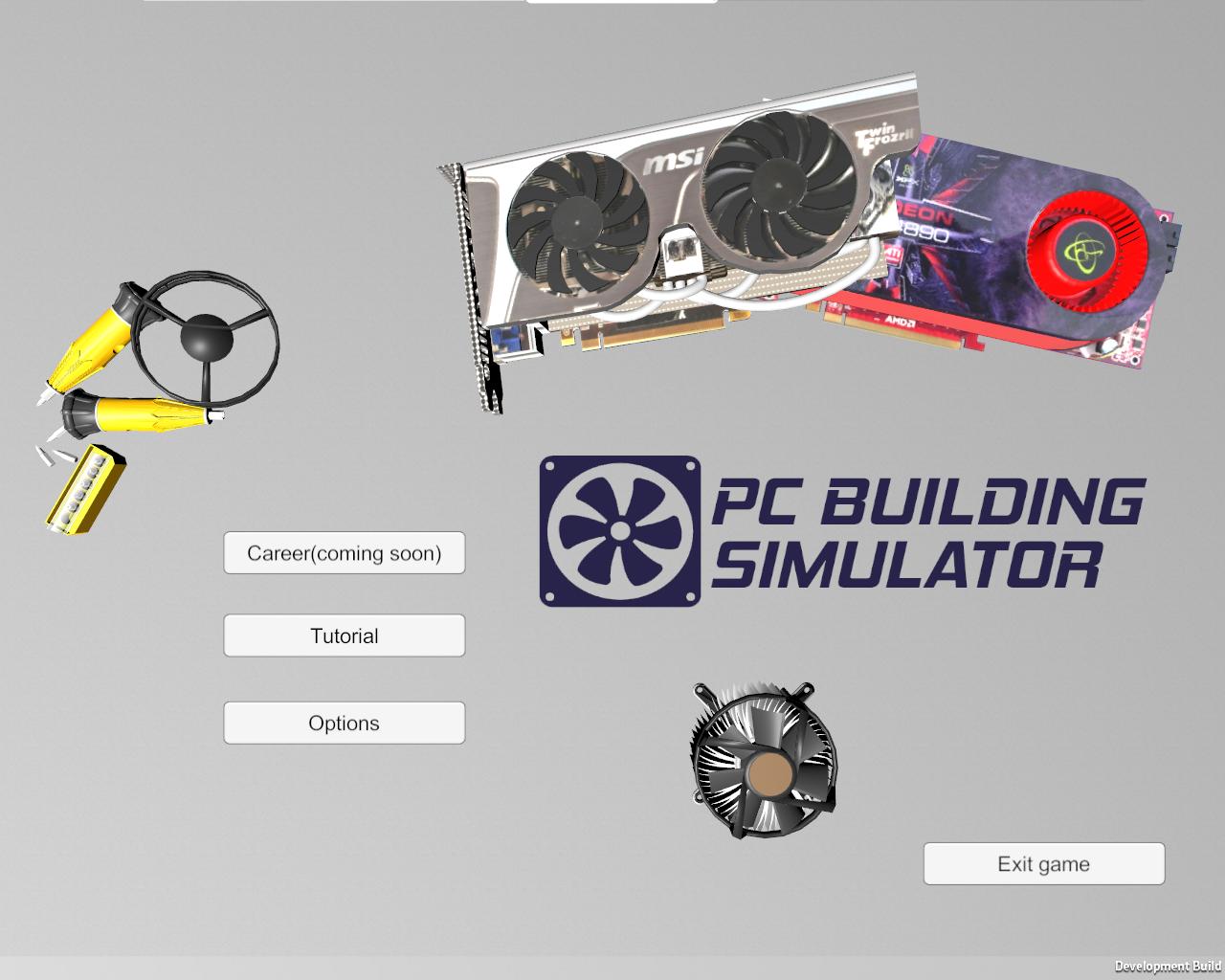 Here you can see the main menu with the options menu. At the moment you only have the option of playing the tutorial, but the career will be coming soon. 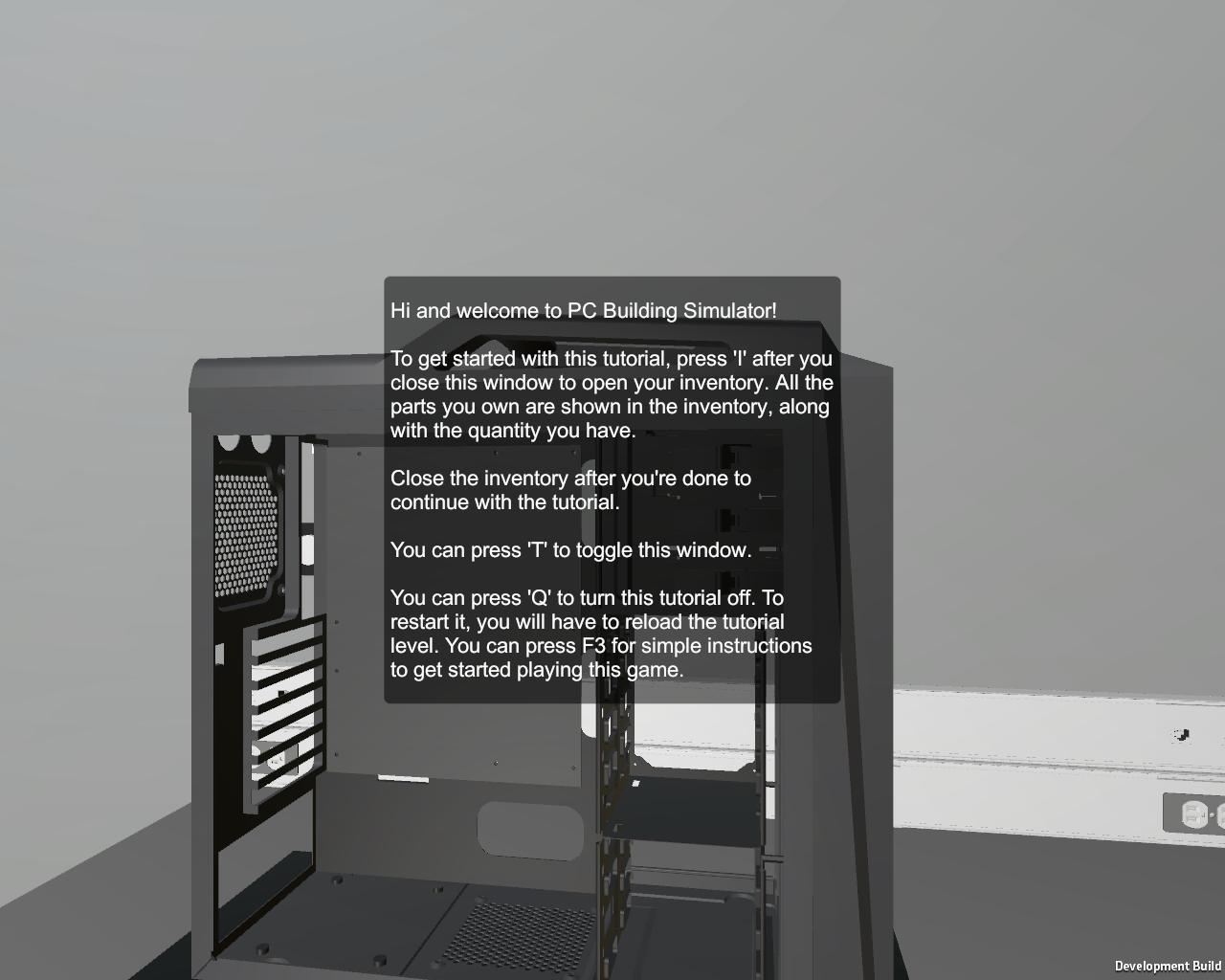 The tutorial is simply explained for everyone to understand and be able to follow it. 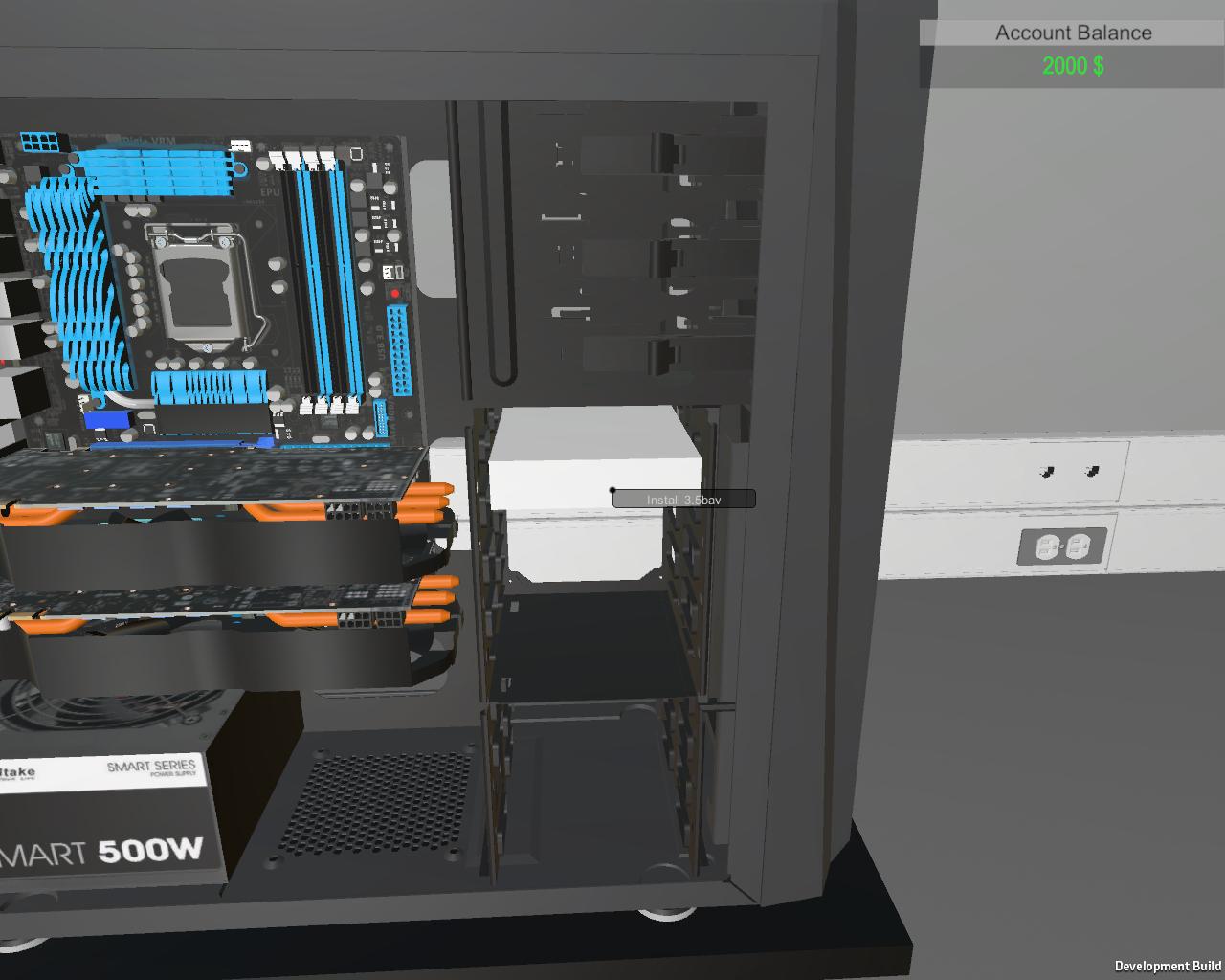 There is visual representation for everything so it is easier for you do know what you are doing. 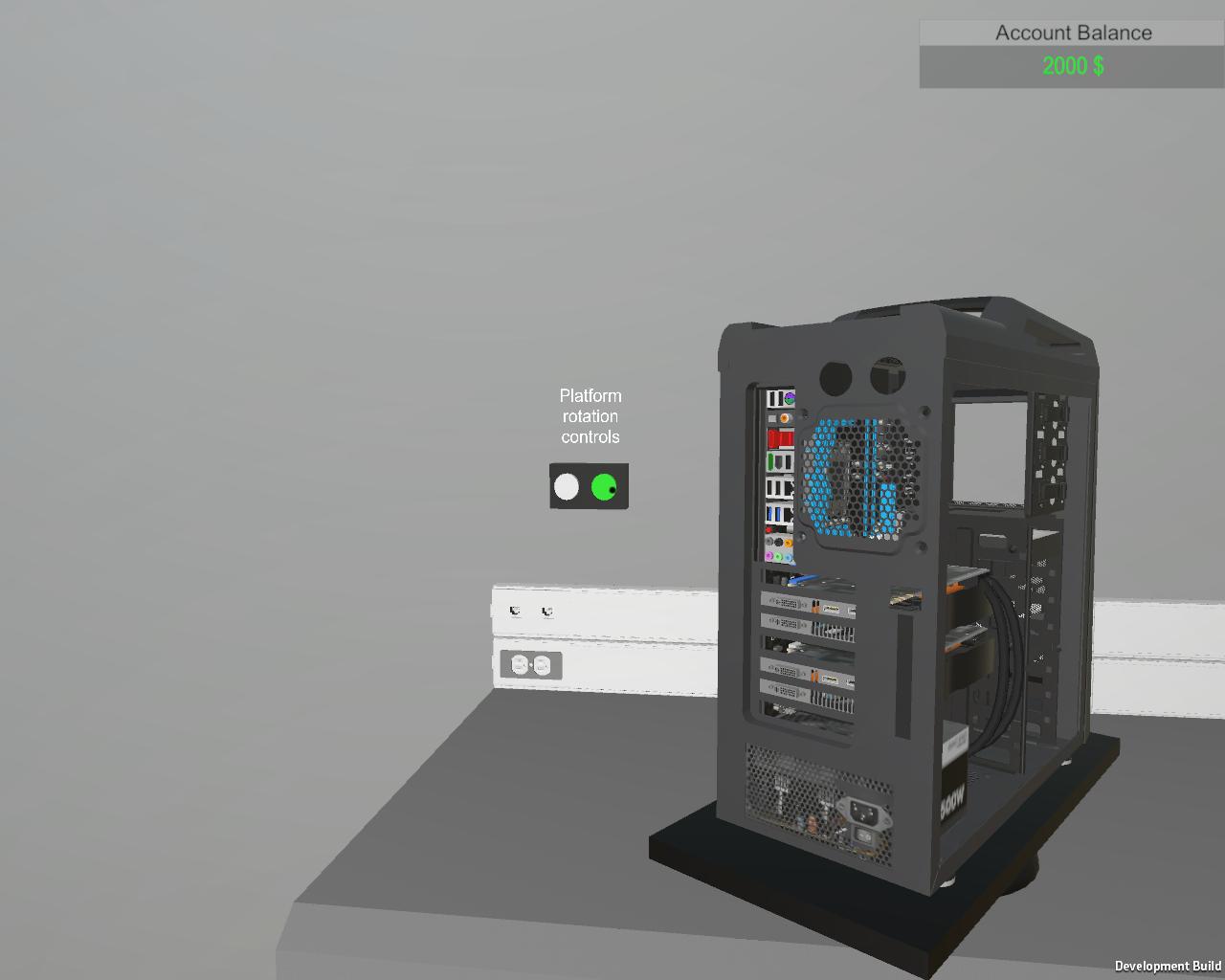 The platform has controls so you can spin it around to see every part of the computer.

The current state of the game and how long it will take for the demo to release.

A new cabling system has been implemented in the game.

I really love this game and I think if you bring more attention to it by adding big brand parts such and have a competitive mode where you could vs other players from around the world, there would be a budget depending on how hard the difficulty is then they must purchase parts for that price in the shop, the parts will be changed each round to make it fair to prevent a single strategy, after this they will get benchmarked, this will be done online, then the winner will receive coins which I am hoping in the new furture will be able to by them a whole desk setup!!!!!!

This is my idea!

if you did this it would be open to a wider range of educational purposes, such as design, and more complicated variations including monitor building! If you could work on this in the near future it would be great!

never the less this is a terrific game and I can see huge potential in this.

When is the next release?

I made a video! Hope this game reaches its final build!
My thoughts on what should be added:

-More specs that can be added
-Able to install to the computer
-WIIIIIIIIIRES :D

This game has a ton of potential, can't wait for it to get fully released, hope you enjoy the video I made :)