Our little dev studio couldn’t be happier or more excited today as our new story & action trailer for Past Cure is finally here and ready to conquer the gaming world! Yes, we are proud – so very proud – because we made it even though everybody told us we were crazy to go for such a high-quality project with only 10 people on our dev team. But we were doing more than dreaming, and we are now on the home stretch of a very long and hard track – the development of our first game ever! 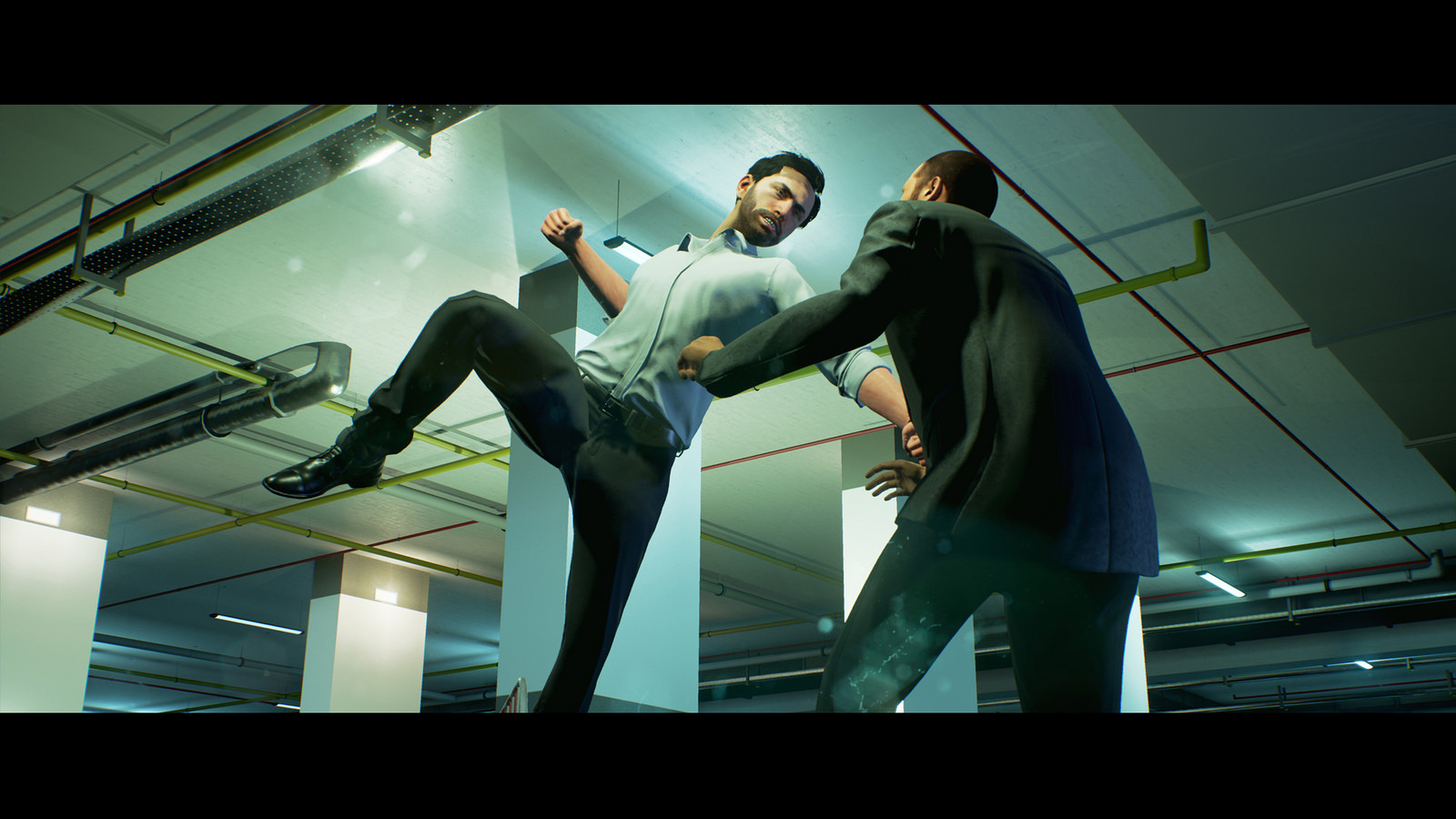 Past Cure will be published worldwide in both digital and retail on PlayStation 4 by the end of the year. Even with loads and loads of passion and effort put in, most independent studios never get this far. And that’s why we’re going crazy today. 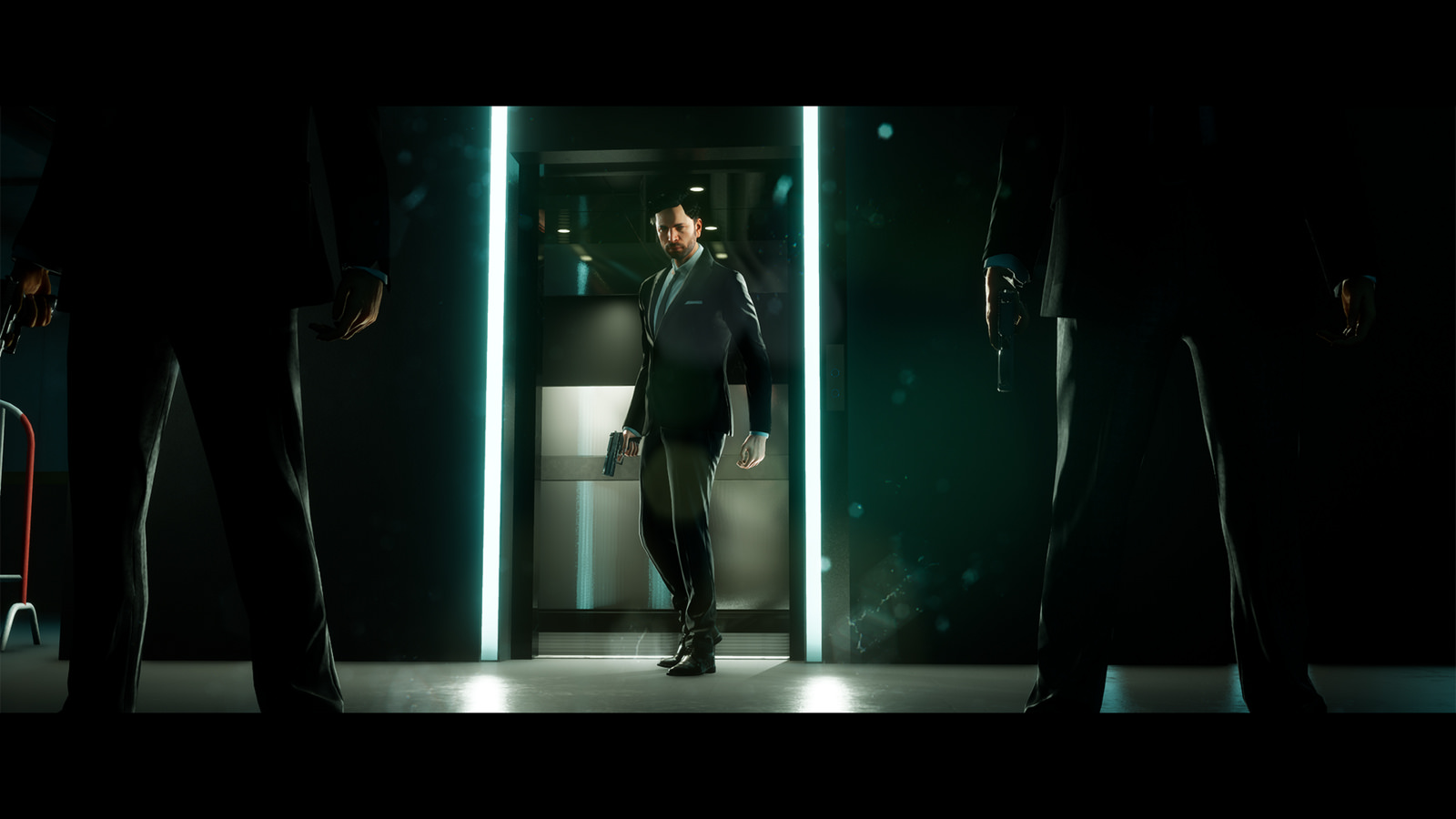 Past Cure follows ex elite soldier Ian as he covertly pursues the men who once betrayed and transformed him.

For years, Ian was imprisoned at a black site and subjected to horrific human experimentation.

It left him changed, in possession of frightening abilities such as thought manipulation and telekinesis and haunted by a madness that resides in his dreams and sinks its claws deeper into waking reality with every use of his powers. 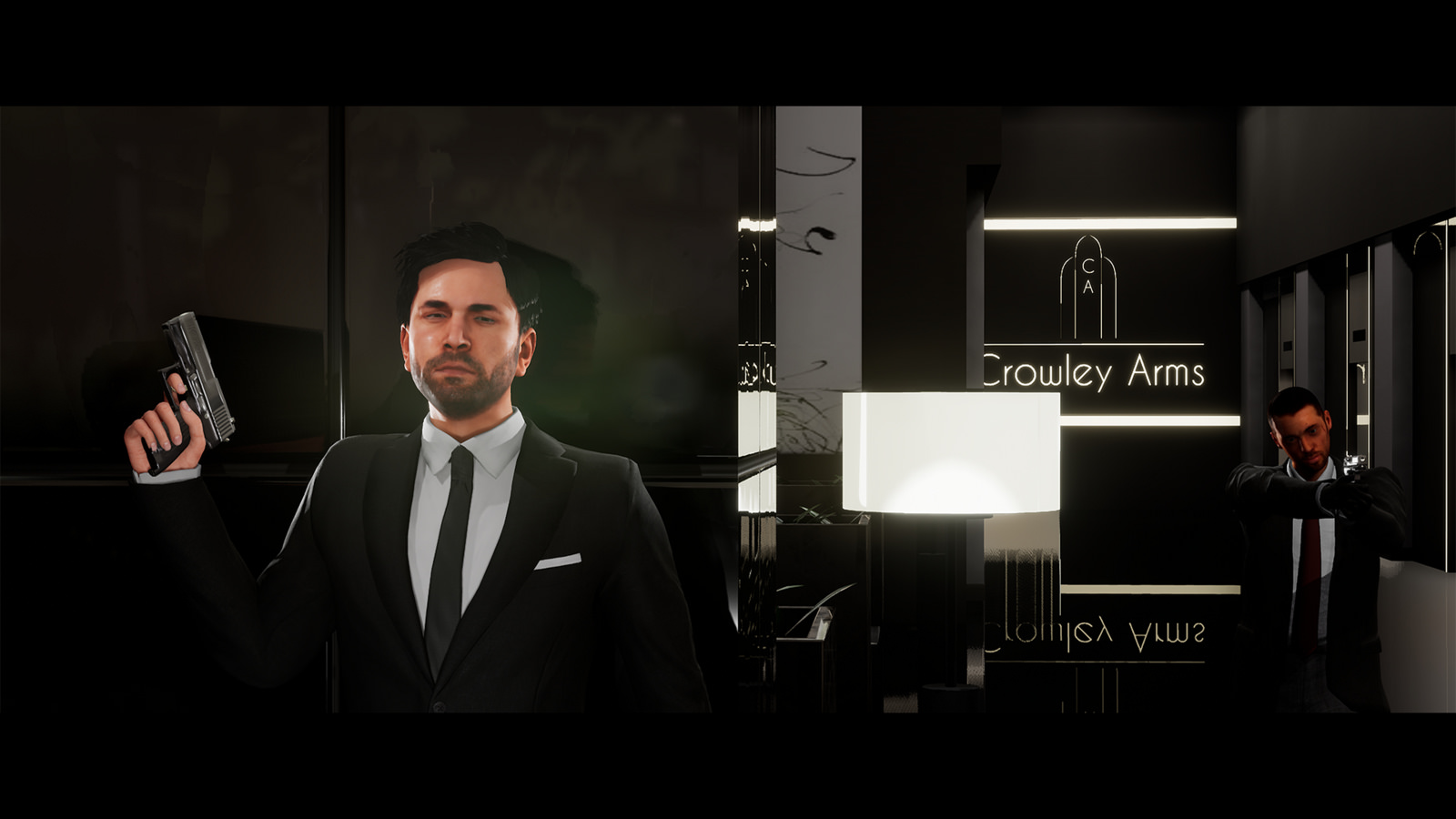 Needing answers, Ian hunts after the men in the shadows. With the help of his brother Markus and the inscrutable double agent “Sophia”, he takes on Eastern European cartels, secret lodges, and the hubris of unscrupulous science.

And he encounters an adversary seemingly not of this world.

Exciting stuff, right? Dreams, suspense, and horror all rolled into one game! 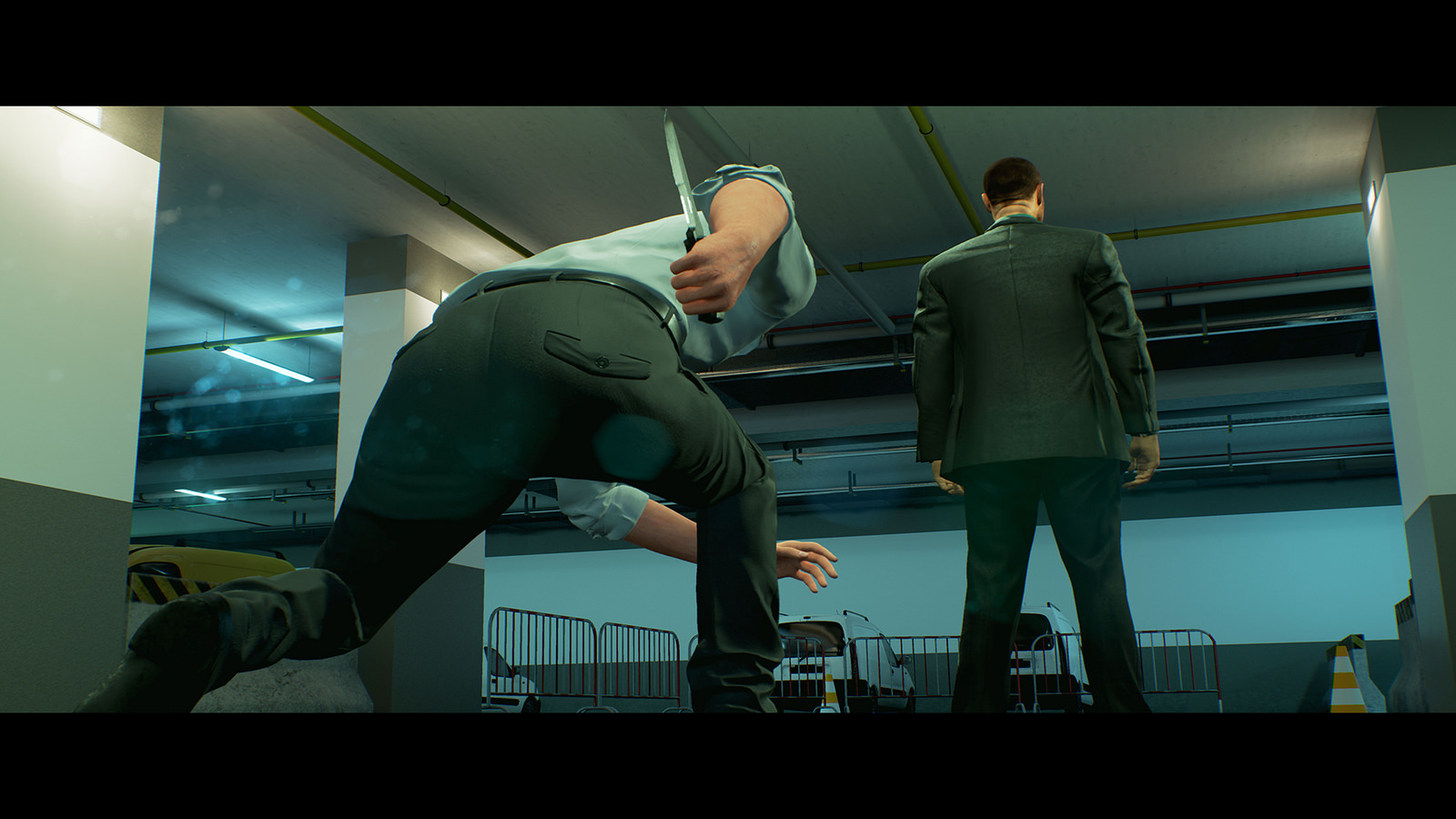 Our dream – building a unique, top-tier game with our limited resources – was born 2 years ago.

In the beginning, nobody dared to believe in our vision… and everyone told us we were nuts. But in January 2016, the studio was founded and our first employees came aboard.

With at most ten people on hand we had to settle priorities and nail down the essentials of our game:

The right story and characters – we spent time developing complex characters so that their intense experiences capture the player’s imagination through to the very end. As such, the plot is never predictable and yet remains coherent and resonant, with a family drama creating a powerful arc of tension. Asked to sum the story up in a sentence, we’d say “Inception meets John Wick meets Fight Club”.

Strong gameplay and mechanics – games with a focus on story are sometimes lacking in the gameplay department. We made it our ambition to deliver across the board. By making use of the storyline, we tied in:

Using the latest 3D scanning and motion capture technologies, MMA fighters helped us craft the movements and fighting styles – and through that, the mechanics – of the in-game characters.

We challenged ourselves to develop a game with high graphical fidelity at an affordable price for millions of players. So, yes, even the price will be exciting!

If you are an influencer you can request a key at Keymailer: Bit.ly |

Cinematic sci-fi thriller Past Cure, out February 2018, arms you with dangerous telekinetic powers

Phantom 8 Studio is very proud to announce that Past Cure will be released on 2nd February 2018, with spoken English and localised French, Italian, German, Spanish, Portuguese, Russian subtitles.

Past Cure tells the story of Ian, a tormented man desperate to rediscover his lost identity. A highly cinematic experience, Past Cure offers an enigmatic plot as the story twists between dreams and reality leaving you guessing throughout. Dark dream sequences intertwine with a gritty but realistic world, and gameplay threads between stealth, action, survival and puzzle. The characters that Ian encounters will have a notable impact on both gameplay and your surroundings. 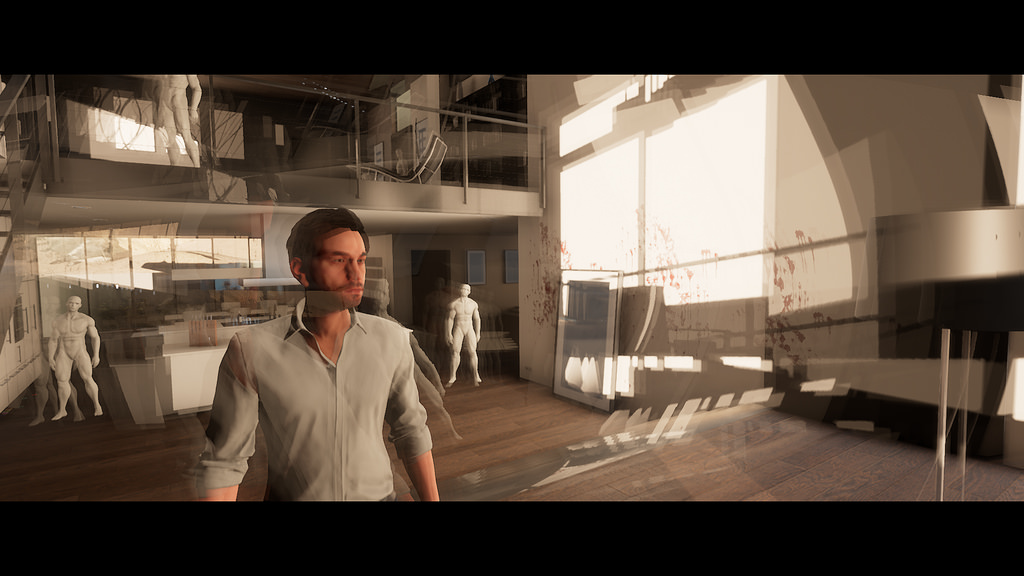 Ian’s main drive in the story is to find the people who experimented on him to try and unlock the mind’s true potential and inadvertently cursed him with supernatural abilities. But to survive long enough to get to the truth, he needs to use those powers.

So aside from using his military experience for weapon handling and close quarters combat, Ian also has an unnatural edge over his enemies. He can speed up his perceptions so events play out in slow motion, letting him shoot multiple targets before they can react, with partial auto aim and lock support giving him a supernatural precision. This power is also vital to stealth and evasion, letting him sneak through patrolling enemies.

His Astral projection power on the other hand is a mix of outer body experience and telekinesis.

Ian can project his mind beyond his body to explore and interact with the environment. This is great for spotting enemies and switching off cameras, allowing you to plan your strategy before either engagement or evasion. 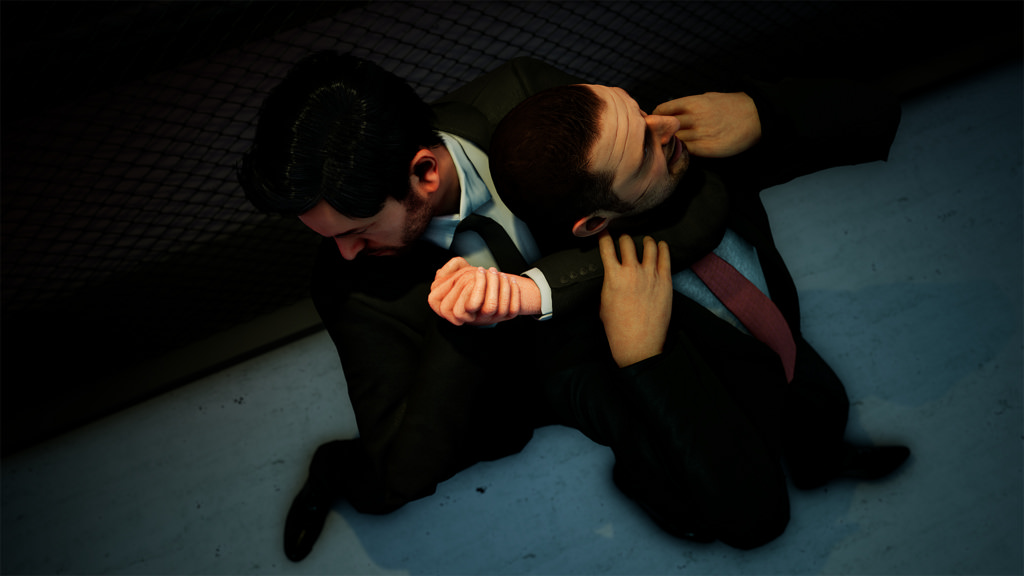 The price of the supernatural

However, using these abilities comes with a price. An on-screen Sanity meter tracks your use; hit zero and not only will you not be able to tap into the supernatural, you’ll be hit with visual and auditory hallucinations. Terrifying nightmares that’ll slow abate with time as your meter partially recharges, but which can only be escaped fully through black market meds sourced by Ian’s brother.

With all the skills combined players can approach the game however they choose. Charge head on with all guns blazing or stick to the shadows and whittle enemies down in silence.

Hey Guys, we currently provide some keys over keymailer. If you are interested in getting a free key and stream it on your channel follow the link bellow...

this game reminds me Max payne 2, i dont know why, i have the same feeling when i played that game.

Looks great. Can't wait to buy it and give it a whirl. 😀

requested for PC
I responded regulary on the facebook account(den greg)
Still looking forward to this game
Keep it going,you got my vote :)

There is another PlayStation Blog Post with further information about the game:

Many thanks also from my side!

Thanks for your nice feedback. We need more like this 😎

Indie
Twitter
Tags
Embed Buttons
Link to Past Cure by selecting a button and using the embed code provided more...