A horror game with inspiration taken from Sinister. You recently bought a box of tapes from a flee market begging you to take it with you. since you were interested and liked the spooky stories the person told you, you decide to watch the tapes and see what all the fuss was about. what a terrible mistake that was. TAPE1 STORY: the year is 1948. there has been a fire in a small village near london. the fire mysteriously only burnt certain rooms of the building, the cause of the incident was unknown and due to a lack of evidence, the case was left cold. the body of the 6 month old infant was reported missing andhas never been recovered. the woman who also was the mother of the child survived but committed suicide only a week later. because of the vague occurrences, sounds and sightings that have been filed, the investigation for the suicide wasn't continued because it was disprupted everytime the building was entered. the years after there where rumors, so you decided to take a look 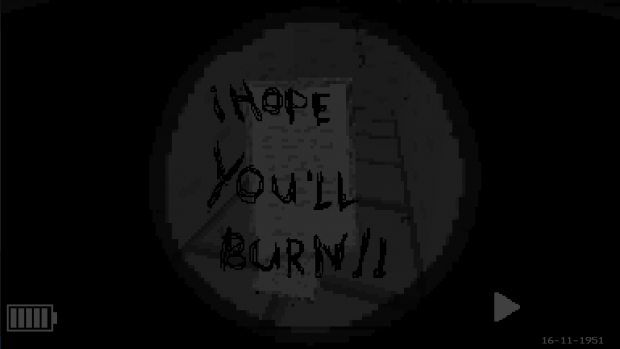 A few screenshots of the game where some of the atmosphere and graphics/models are displayed.