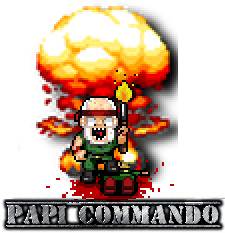 Papi Commando is of the type "Run & Shoot - Survival", made entirely in 2D, by Studio Vetea. It is a pure arcade game where you play as Papi "Commando", an ancient Geek military, fond of his collection of 8-bit devices. Playable with a keyboard or a PAD, you'll have to survive through 22 levels with increasing difficulty

Papi will start the game with six weapons that will have their own type of ammo. You'll have to deal with their stocks :

During the game, ammunition crates will be parachuted (Bullets & Grenades) to help you. Those crates are fragile though and will explode with the most little impact ... so be careful !
Rockets for the bazooka are dropped by enemy vehicles when destroyed.

To clear a stage, you'll have different objectives : Eliminate (Kill every foe of the level), Object Recovery (Get back your Commostrad possessed by one random unit in the level), Destruction (Destroy bunkers, trains) If the game is not challenging enough to your likes, you can activate one of the three mods available !

You can even activate them all if you want :

The game at this point is complete, full featured and everything but some add-on are planned for the future.

Let's see this tool which will allow you to discover the 22 stages of the game !
It is going to load in the starting up, all the stage of the game and is then going to show it ! 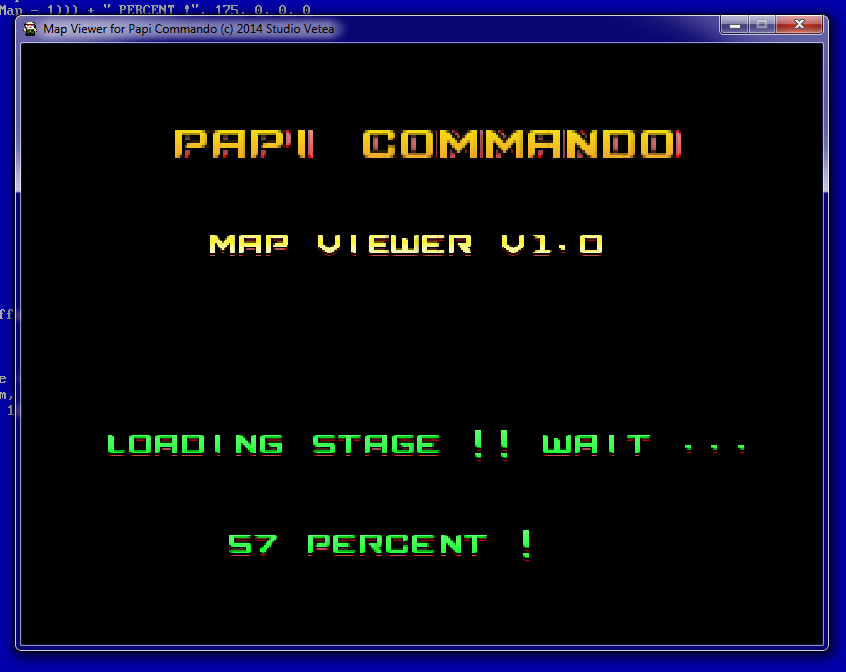 To navigate, nothing more simple !

Use the Keys Arrows :
- Up as Down to scroll the Map.
- Right and left to change the Map.
- Escape to Quit. 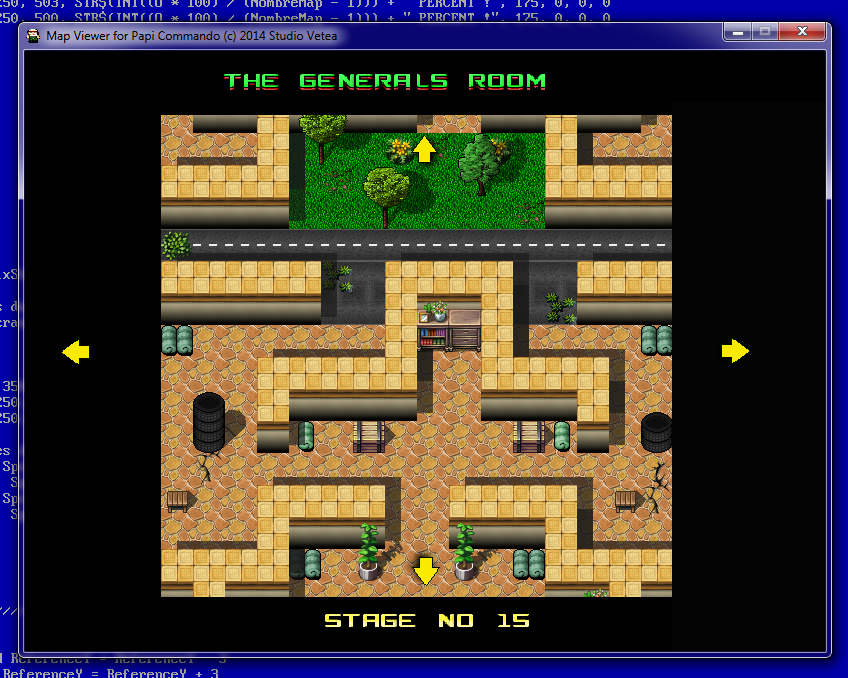 You can find this tool in the path's game :
- Mapviewer_Windows.exe for Windows users.
- Mapviewer_Linux for Linux users.