Game narrates history of two absolutely different people,
Officer Ric Stephens and Robber of the cat burglar, Douglas Bale. Playing for the cop the player generally will patrol streets and to check the abandoned buildings, but it will also be necessary to leave on calls (Robberies, murders, Vandalism...) Playing for Douglas we will plunder apartments, to steal goods from a warehouse and other thieves' tasks

In this version of game a great lot of defects and the only reason for which I spread her, this my curiosity to criticism at the initial stage of development which will let me know whether it is worth continuing development or nevertheless to rubanut on a root... Development progresses much more slowly because of work)

So, in this the demo will be available to the player 3 levels allowing to play for both characters. At the levels for the robber a certain similarity of a stealth at the very least is already looked through (but the old kind shot in a back nevertheless is present)

I am engaged in creation of different characters for game, and I also think over creation of a new location for Ric...Perhaps I will shortly add 2 demos on 8 locations, with smaller quantity of bugs and some discrepancies, and also with new arms and opponents 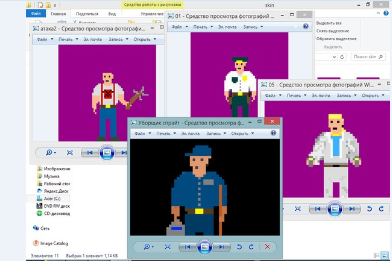 ATTENTION HA 2 AND 3 LEVELS ATTACK IS MADE BY THE RIGHT BUTTON OF THE MOUSE Demo the version represents 3 levels in which you will be able to play for...

Indie
Tags
Embed Buttons
Link to On opposite sides barikad by selecting a button and using the embed code provided more...

Once inside a sandbox First Person Shooter