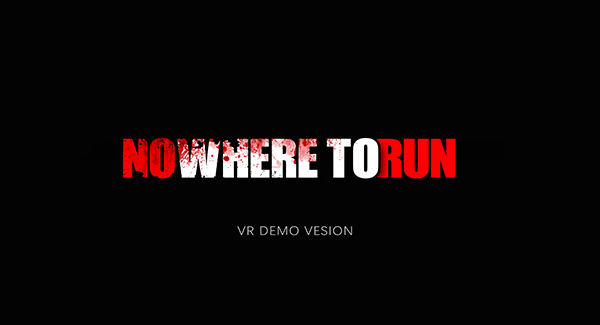 This is a real experience, exciting, slightly terrorist elements VR shooting game. Grab the gun to Fight! You have by kill all the zombies you met to survive.

Different from most of other games,we established our own page on Steam when our project was created at the early stage for collecting players' feedbacks and advices.This is also based on our understanding of Greenlight system.We understood Greenlight as a platform which is allowing developers and players interaction thus improve game works.

We are a small group engaged in animation producing for years. In the middle of 2016, we began to use Unreal Engine 4. Six months later, we launched this demonstration.We create this game only by blueprint because we have no programmers. It’s a very simple game. Still, there are quite a lot of bugs within it, but we will try our best make it better on the following versions!
Thanks to EPIC Unreal Engine 4 such great engine. It let us creating our own world by free.

To promote Nowhere to Run VR and grow its popularity (top games), use the embed code provided on your homepage, blog, forums and elsewhere you desire. Or try our widget.

In the remote mountains of Colorado, horrors wait inside Mount Massive Asylum. A long-abandoned home for the mentally ill, recently re-opened by the “research...

SCP 682 has escaped captivity and is running rampant through the building. It is your job to devise a plan to lure him back into his containment cell...

It's just a remake of original mod Zombie Panic! Source for VR

Metro-2 Project Kollie is based on a soviet, cold war urban legend. It has unique gameplay, which allows you to kill zombies and cyborgs with your bare-hands...

Can you survive 1000 rooms of cute terror? Or will you break once the cuteness starts to fade off and your running for your life from the unspeakable...

This game was made on 48-hour non stop Christmas VR hackathon by 8 indiedevs. It will be a classical one room single position shooter.The setting is wild...