In a near future where countries and corporations fight for control over the world's information networks, Netmap 1.0 slips you into the shoes of a hacker defending the last free network - the Netmap. The Internet is dead. Welcome to cyberspace.

Gathered friends, welcome all! This is a project I've been working on for about a year at this point, and recently I've gotten it to the point where I'm ready to announce it to the world. It started as a simple recreation of one of Lego's old Shockwave games, Spybot: The Nightfall Incident. Over time though, the game has changed and evolved to become something unique. And now, it's my pleasure to introduce you to the world of Netmap 1.0. 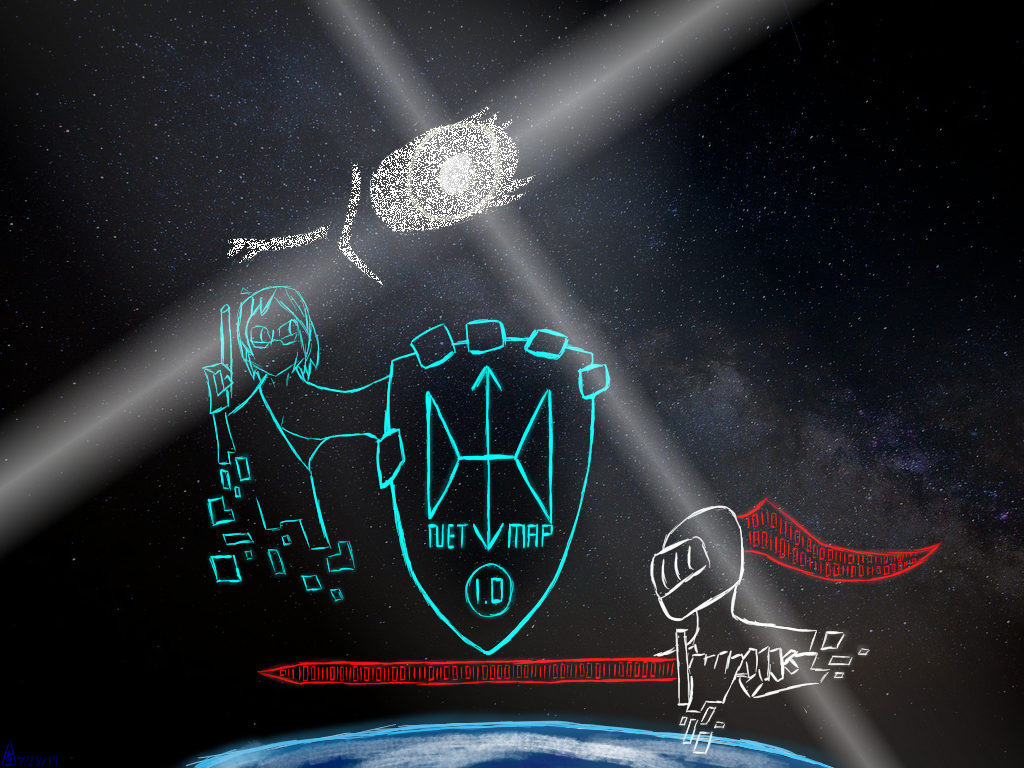 In the near future.
The Internet is dead. Welcome to cyberspace.
No one knows when it really started going downhill. Some people said it was from too little control, with ISPs having free control over people’s access. Some say it was too much, with governments and lobbyists censoring and deleting whatever they wished. The only thing for certain is that the Internet is a useless cesspool, plagued by viruses, advertisements, and lies.
Regardless, some people continued research into computer networks, trying to improve where the original had failed. Groups formed in universities all over the globe, working with quantum computers in sync with each other to allow instantaneous communication regardless of distance. Amateur rocketeers took it a step further, launching dozens of these quantum machines into orbit around the Earth. The experiment would evolve, turning into a free network independent of any nation or corporation. It would come to be called the Netmap.
And it’s under attack.
You play the role of a Netmap Agent - a team of hackers that serve as detectives, moderators, and defenders of the Netmap. A mysterious substance, Empaline, has started to form throughout the Netmap, with the power to destroy the entire system. Bombs are being planted. Nodes are going dark. Your job? Find who’s behind this plot and stop them, before the entire Netmap falls.

Netmap 1.0 is a puzzle/strategy game set in a cyberpunk world with elements from adventure games. I'm the lead programmer for the game and help out with a little of everything. Dalton Messmer is our lead composer, setting the theme through music. B. Hawke is the art director, creating and perfecting designs for characters and more. Finally, Thomas Frick is our gameplay advisor.

Expect more updates in the days to come! There's a lot to the Netmap I'm excited to show you all.

Vincere Totus Astrum / To Conquer All Stars Turn Based Strategy