Navalon is an upcoming first person game using Unreal Engine developed by Sad Hombres. It is a horror and suspense game based on a submarine on the mysterious and harsh planet Navalon.

Thanks for voting and helping Navalon on it's quest to become the 2021 Indie of the Year. You are now in with a chance to score some free games. Help this game secure more votes by embedding the widget (or link) we have included below on your favorite sites.

NAVALON come aboard the 2018 update!

There is a sign of life in the oceans!

We know it got a bit silent in the endless depth of the sea on Navalon. But as the old saying goes, still waters run deep. You can be sure that there is a lot going on the bottom of the ocean! Our brave crew aboard the Asinus 47 might not be the only living thing down there, and who knows which dark secrets will be uncovered.

So here is our Update for 2018! We were busy working the last few months and are close to our final game testing to ensure a high level of quality and an intense experience. But first things first, dive into our new trailer which reveals some of our new content!

How deep is your dove?

Well, Navalon is still a student project with a rather small team of four members, therefore the estimated playtime is around 30 minutes filled with a thrilling story. We added a lot of content to make the game feel more dense, wove the story thicker, developed more of a backstory to the setting and obviously tweaked our gameplay.

In September 2017 we had the chance to present a demo to the public eye at the Play Austria and held our first playtests. This valuable feedback helped us to find a lot of weak spots, confusing passages and general improvement.

Here is our booth at Play Austria :) 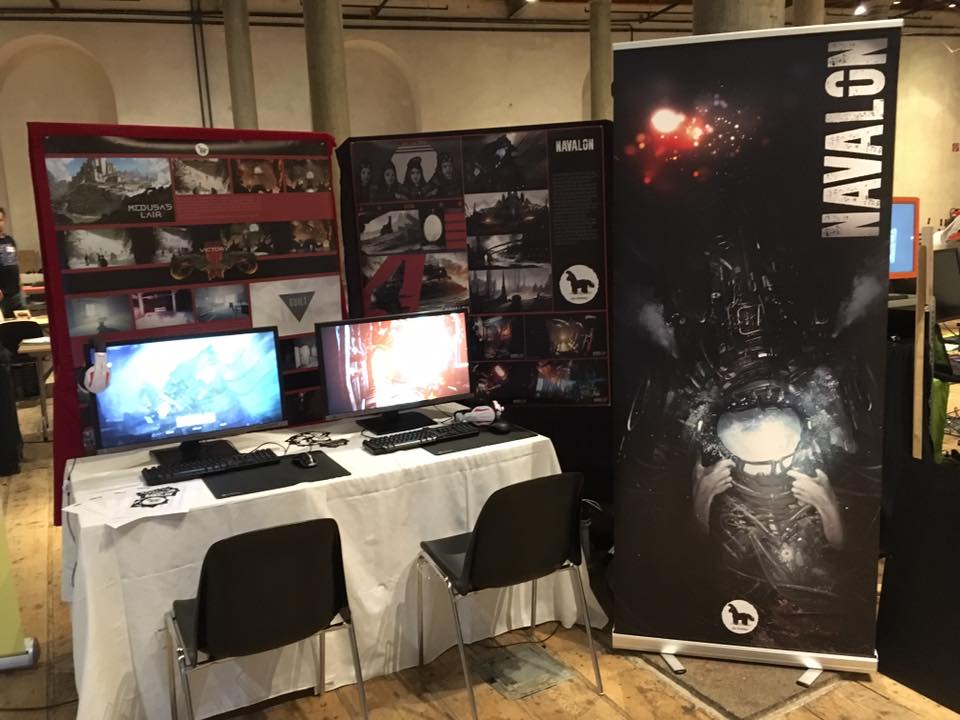 We are happy that the game improved step by step since then. We love to read your feedback and try to make a game which is able to compel and excite the players.

Well… at least as long as the feedback makes sense.

Other than that, you saw in the new trailer that we challenged (some might even say burdened) ourselves with the attempt at character creation.

At this point we can only warn you – you better don't encounter Charlie!

We hope you enjoyed our little update, to find out more about us, Navalon and our progress make sure to follow us on Facebook and Youtube.

Dive deep into the harsh oceans of Navalon! We are Sad Hombres - an indie game studio striving to create meaningful, exciting and beautiful games. Let...

Planed late summer? My guess would be late autumn then, nothing ever gets done on time :)

Hey Serathis! Thanks for your comment and you are right, game development takes loads of time especially because we are a very small team of enthusiastic students investing our tight freetime. :)

Nonetheless we try our best to be able to release Navalon at the end of August or in early September and we are very positive we can accomplish that. Make sure to follow our progress!

Next in Line Visual Novel