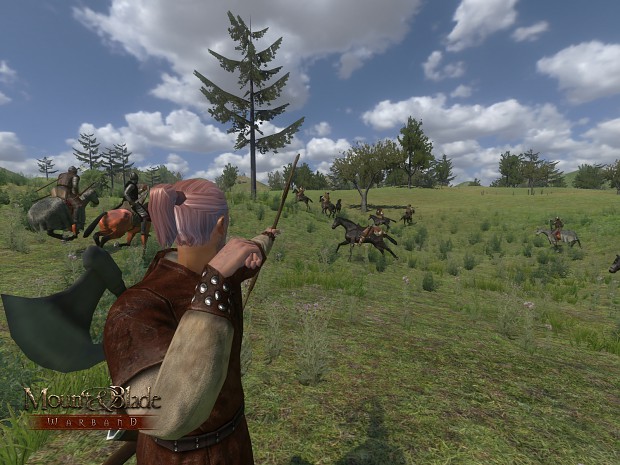 this guy's hair is pink? how?

It's greyish white, just from lighting

Too bad, Pink's a real man's color.
Btw, that was one HELL of a shot!

Why can't we upload new screens for Mnb warband to attract more players other than these low-quality screenshots ;?