It's been a little bit since I released an update, I hope 2019 has been treating you well!

I've created the /r/mmasimulator subreddit where you can talk about the game, report bugs, make suggestions and catch some live events together!

There is now a development roadmap where you can keep up with what I'm working on.

Here are the changes in the new version: 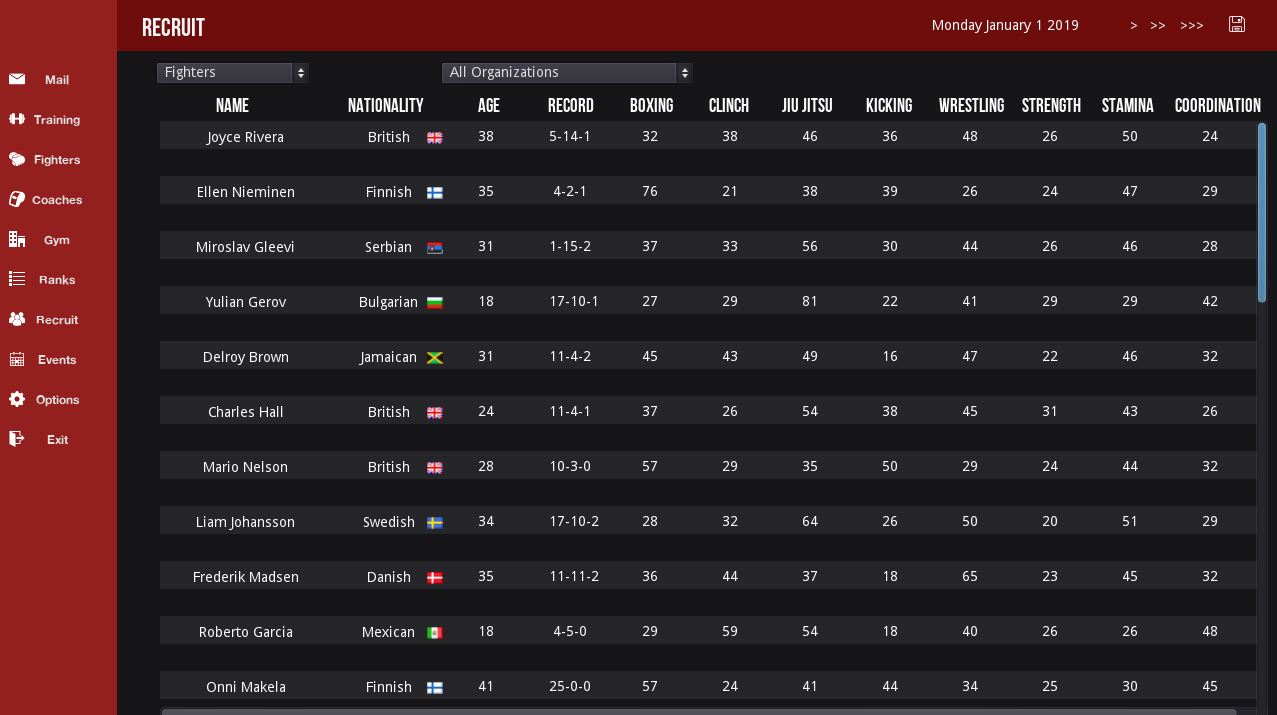 Regarding balance changes, I feel like the objective of the game (running your own gym) hasn't been fine-tuned enough. Previously when you started a game you kind of had everything already and it lacked purpose.

The goal is to create a solid sense of progression when you're upgrading your gym's equipment, fighters and coaches. I am going to keep making changes similar to the above to enhance the experience.

You can still create as many fighters as you like or edit the database values if you want to.

I can confidently say this is the best version of MMA Simulator yet! It's been great to work on the game again and I look forward to where it is going.

MMA Simulator has its biggest update of the year with brand new fighter art along with some large mechanic changes and screen improvements! Also as of...

MMA Simulator gets an update to correct some pesky bugs and improves the UI substantially!

MMA Simulator is on sale!

MMA Simulator - one of the most unique MMA simulation games has gone on sale for the first time with the Steam Lunar New Year sale!

MMA Simulator is a simulation game based on owning your own gym to train fighters, manage coaches, maintain your income and win championships! For more...