2048 year, the town of Edgenerium - airways, levitating transport with automatic control, wireless communications, food delivered directly to the refrigerator. Here it is the future - happy and carefree!

He is a happy owner of a brand new, shiny, environmentally friendly, vegan hoverbike named the Carrotron 3000! It is even equipped with a manual control function and Jack is dying to test it on the old, abandoned highway heading to the retro district of Edgenerium! It’s been Jack’s home since childhood. Hateful, backward, old district with all those neighbours ... agrrrr! Is there a chance he’ll ever get out of there!

He used to enjoy a relaxed life on Tau CETI being a professional bow-tie player. He also was a master of the two-pawed pinball method and earned a good amount of mimicoins by the way, and now ... Now he is alone in a strange world with unknown plants growing everywhere ... And not a single litter tray around!

They still have no idea about each other’s existence, nor about what is happening in Edgenerium.

Two-legged are running the town and the world?! Local cats are only meowing and hissing ?! What the meowck is going on here?!

- You will get into an excitingly comic unpredictable 2D adventure in the nearest future!

- The two main characters are the two-legged Jack and the four-legged WhyNot, whose fates would never have crossed if not for... Khmm-khmm! - Oh sorry, yes, we can’t deprive the player of intrigue...

- May cause aggravation of the LSS - developers are not responsible for any coincidence with real events and personalities!

- Developers have been fans of quests since 1992.

- Game activities in locations are highlighted so you don't miss important details.

- Goahead! Reveal all the secrets of Edgenerium up to the end! 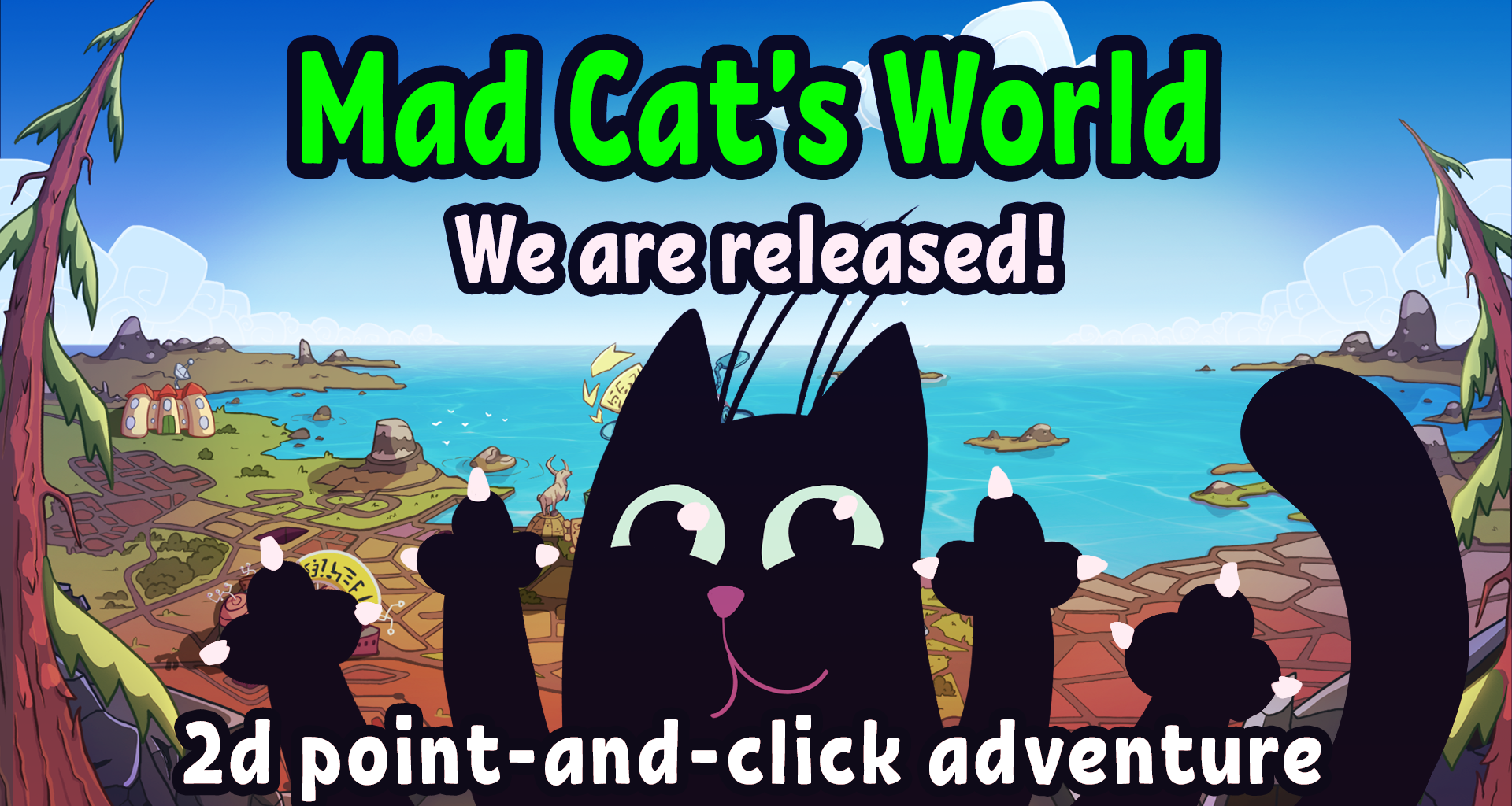 We panic running in a circle... climbing under the skirting board... ...looking around...
We're very scared and very interested at the same time!
God, we love quests, we hope you like them too! =)
Thank you to everyone who supported us throughout the development process - it was very important for us!