The Great Callasian War rages across the lands. Choose a faction and awaken the legendary heroes to lead your armies and destroy enemy forces! Build cities, conquer kingdoms, and form or break alliances on tabletop-style maps with bonus cards that can turn the tide of battle. Follow the story of the factions in single-player campaign missions, or test friendships in online multiplayer with an original simultaneous turn-based system that adds deep strategic elements in predicting other players’ moves. Fight your way to the top of the leaderboard, and dominate the fantasy world of Callasia!

Note: The free demo includes the tutorial, starter campaigns and heroes for each faction, and three maps for skirmish and multiplayer. The full version can be unlocked through a one-time payment from within the game or by purchasing the DLC.

Last week we talked a lot about writing the story, which led us to thinking about writing conventions for specific genres. When we apply it to game development, it’s mostly the same. In the case of Last Regiment, we ask: What do players expect in a turn-based strategy game? Genre differences are important in the entertainment industry, so we have to be in that framework of how we make Last Regiment better.

Right now we can say that the game is in a good state, but still very much in development. Last Regiment is the type of game that’s a bit experimental because it has not been made before. We need to prove that the core gameplay is interesting, and now we can say that at this point that we’re able to verify that it is fun.

The second stage is to ask ourselves: How do we make it more fun? Why is it not amazing yet? It’s an iterative process to get a game from “good” to “great”. These are the things that we’ve found that we still have to address:

Meanwhile, here are some of the improvements we’ve made so far. 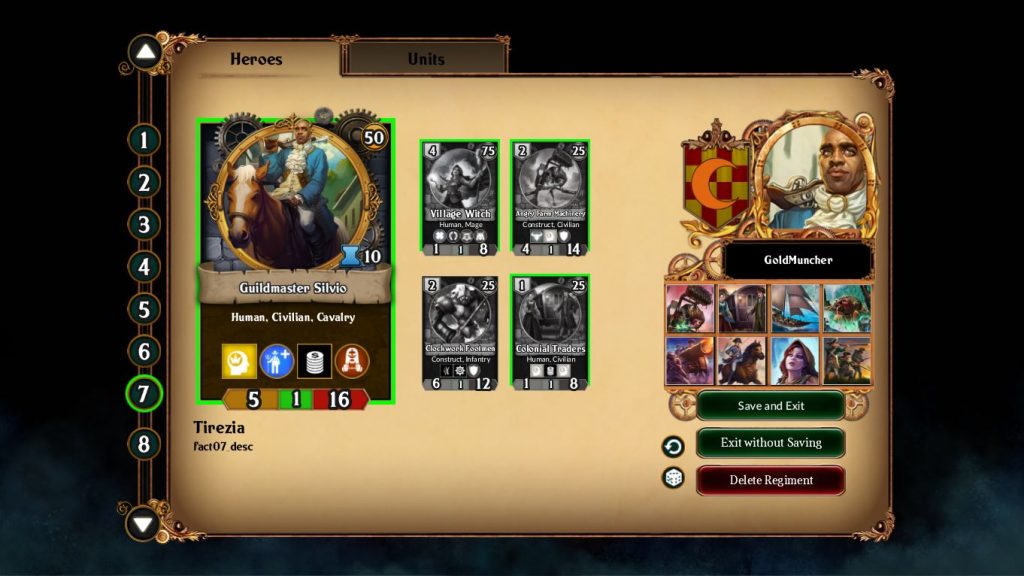 New tab for Heroes in the Choose A Regiment screen 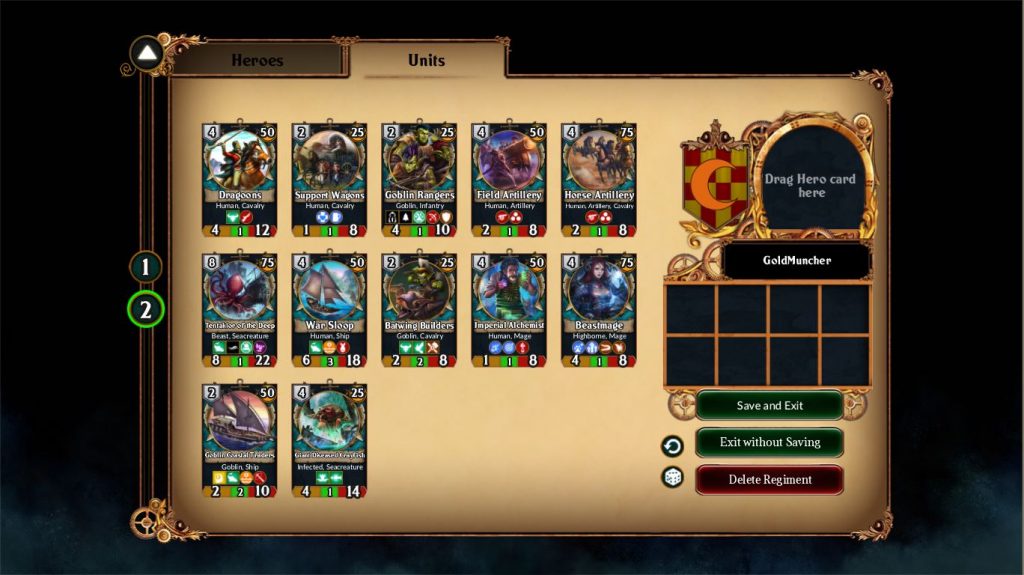 New tab for Units in the Choose A Regiment screen 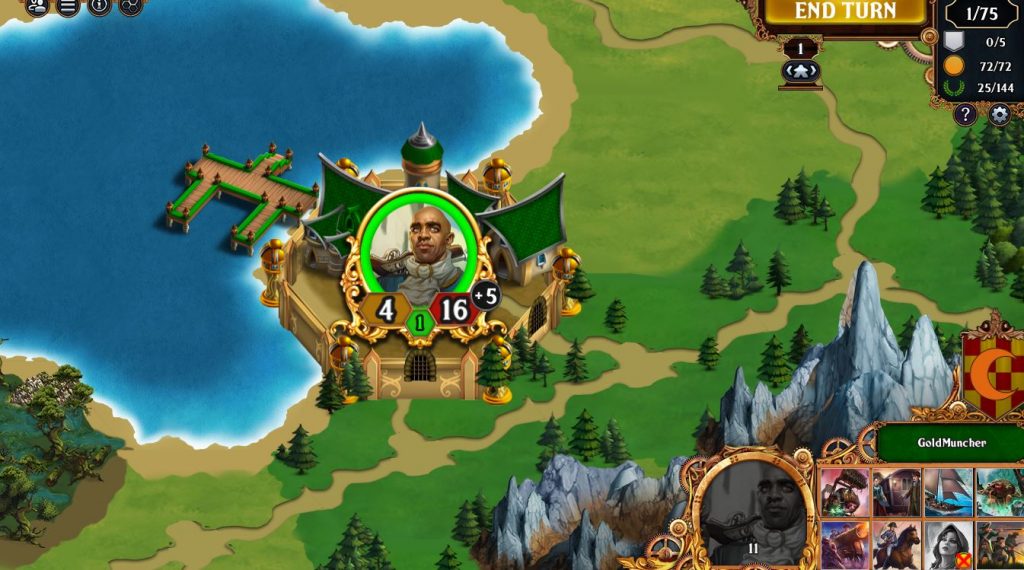 We’re also going to start the the Alliance System next week – we realized that we need it for a lot of the campaign missions, so we decided it was time to start looking into it. For those of you who remember the alliance system in Legends of Callasia: What did you hate or love? What did you want added? Let us know!

Anyway, we might have fewer streams this month. Chris will be away on a working vacation and meeting some of the team, but we might do one final stream next week before we leave. We’ll be announcing it on Discord, where we also post some real-time updates on what we’re currently doing. Join us if you still haven’t, and let us know if you’d like Chris to record some podcasts in the meantime.

There's a funnel of decision making when it comes to selling a game and when you fail at the first step, the rest of it doesn't matter. We apply this...

There are two truths in game development that people don't often realize. First, making a game isn't the hard part, it's getting people to know it exists...

As Kickstarter launches the new Drip, we share the indie dev struggles of how to market our marketing and get noticed in the huge gaming world of Kickstarter...

We look back on our convention experience in ESGS Philippines and focus on getting a solid build ready for PAX South 2018.

Legends of Callasia is a simultaneous turn-based single and multiplayer fantasy world conquest strategy game mixed with board game-style maps and no hotseat...

i love this game.

Twitter
Tags
Embed Buttons
Link to Legends of Callasia by selecting a button and using the embed code provided more...