An old robot named H-34-RT wakes up in a derelict space station orbiting his home planet. His civilization was destroyed long ago by evil O'Xelg, but he has yet to figure that out. After an initial shock, he decides to follow his old defense routines: that means fighting the invaders, even if he is alone now.

Lazy Galaxy: Rebel Story is a challenging, squad-based shoot-em-up/bullet hell roguelite. Fly through tons of bullets, defeat various enemies and engage challenging bosses, all this to help a lonely robot complete his mission.

Coldwild Games brings the importance of friendship to a new level

Riga, Latvia – August 22, 2018 – Latvian gamedev company Coldwild Games releases their game, Lazy Galaxy: Rebel Story on Steam. Lazy Galaxy: Rebel Story is a shoot-em-up (SHMUP) game that features a unique addition to the genre: story-driven character progression. Set in the Lazy Galaxy universe, player takes a role of a robot H-34-RT, set to complete the mission given to him by the civilization that is long gone. On his way, he must find new allies and determine how important is his mission to him. 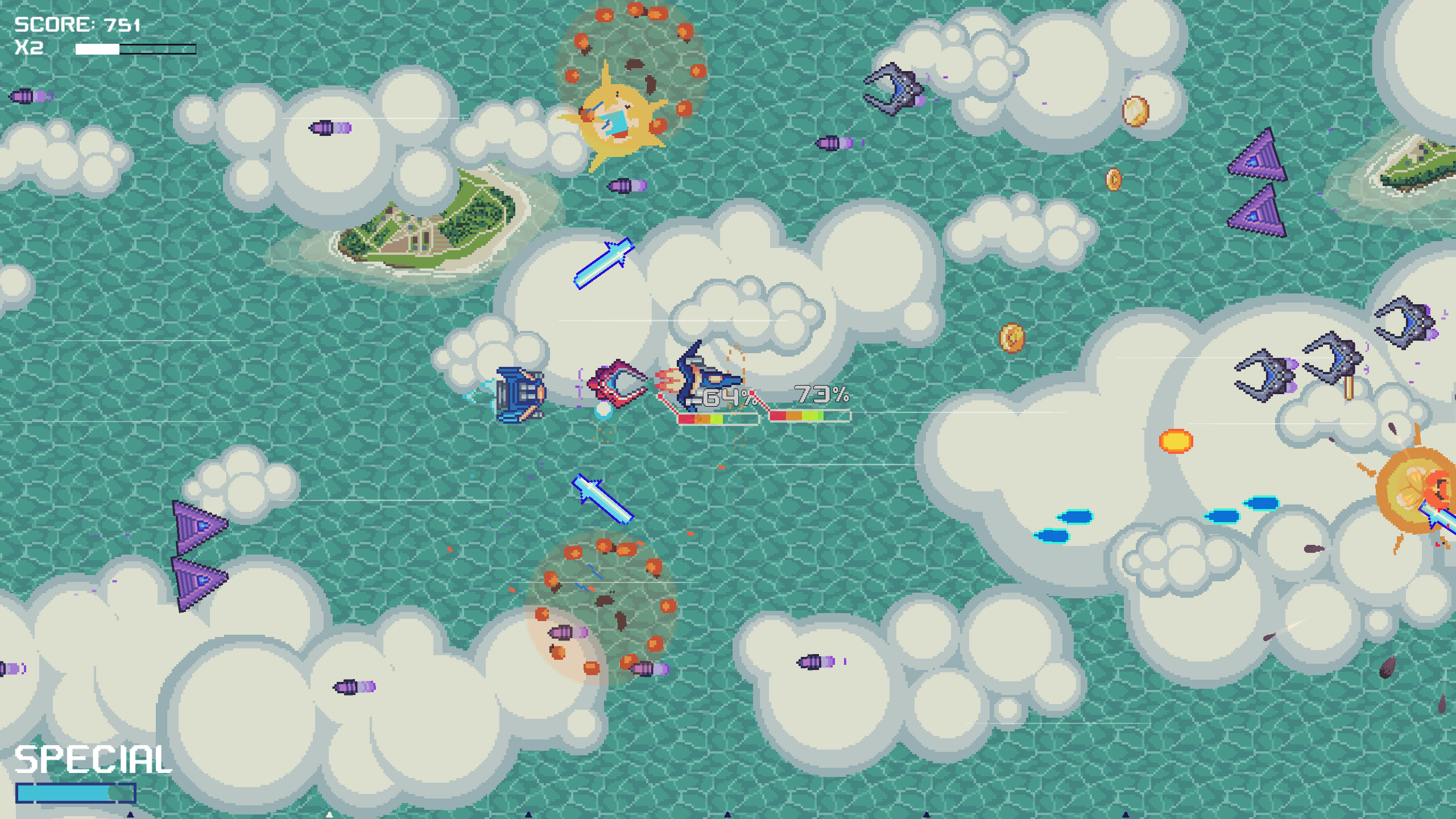 “We wanted to enhance the traditional shmup experience, not simply through well-polished gameplay, but also by adding meaningful plot and character interactions to it” - Coldwild Games.

After quitting their jobs, a Latvian couple publishes their second serious game on Steam. The unique feature of Lazy Galaxy: Rebel Story is controlling three character ships instead of one. Rather than getting experience from kills, the characters level up by talking to each other. In the end, players get the adrenaline rush of shoot-em-ups combined with a squad-based system and meaningful conversations between characters.

You can see the game trailer here:

The game features 8 different levels with unique bosses, 6 ships and 6 allies to unlock, each one of them significantly affecting the gameplay. The traditional SHMUP gameplay is also there: the main goal of each level is still to progress forward while destroying everything that moves.

Do you have what it takes to complete the mission? Get the Lazy Galaxy: Rebel Story on Steam for 15% off until 29th of August: Store.steampowered.com

Lazy Galaxy: Rebel Story trailer is now available for viewing. Why would a robot sleep 100 years? What happened to Earth? How did O'Xelg exile one of...

Hey hey! Here are some new changes from Rebel Story that make the game feel much better.

Lead the robot H-34-RT and his allies on impossible mission against O'Xelg fleet! Are you strong enough to lead the rebellion? Lazy Galaxy: Rebel Story...