Lantern of Worlds - The First Quest

Lantern of Worlds - The First Quest is an RPG inspired by West-European fairytales and mythology, and based on older games like Quest for Glory and Eye of the Beholder.

Who hasn't seen the Youtube video's of handsome, succesful people claiming to have raised millions from their Kickstarter campaigns? Charming people who brought out one succesful product after the other, all funded by the kindness of the internet? People who say Kickstarter is the greatest thing since condensed milk? In reality, it is Hell incarnate! 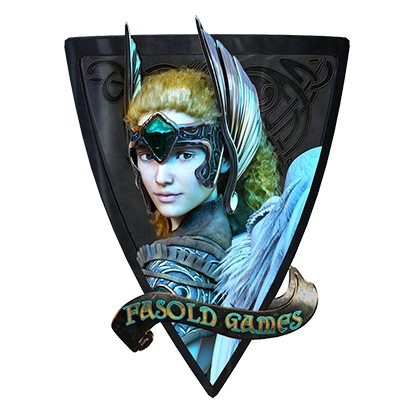 The Seven Layers of Hell! I mean....Kickstarter!

Who hasn't seen the Youtube video's of handsome, succesful people claiming to have raised millions from their Kickstarter campaigns? Charming people who brought out one succesful product after the other, all funded by the kindness of the internet?

Who did not want to believe, that it was within our grasp too? I did! I did want to believe! And all I had to do was follow their simple steps and guidelines, and mountains of gold and treasures unheard of would be within my grasp!

And so, I started! I made my page, my images and my video, and launched my very own Kickstarter campaign, for the game “Lantern of Worlds”.

I told my friends, I told my family, and on the day of the launch, my finger hovered above my mouse button, with all the heaviness of the understanding that this was a great moment, a moment which would change my life forever!

And then I clicked, and the page went live! And I knew that people would flock to my page, see the beauty of my game, be bedazzled by it, and show the kindness of their hearts and the depths of their wallets.

Then, like a lightning bolt, zero turned to 1, as my first backer manifested himself! Someone had taken interest in my game, someone wanted it to be a reality! But then I recognized the name, it was only my father! And that did not really count. But then, two more backers appeared. Real backers, the stampede had begun!

I went to bed a happy man that first day. And when I woke, I expected thousands of backers. Floods, oceans of backers.

The gentle morning light caressed my keyboard as I went online, opened the Kickstarter page, and saw....3 backers. Only 3 backers still!

There was an iciness, a dismal sinking of the heart. Had time itself frozen? Was the universe in a state of stupor? Why had nothing changed? Why had the thousands of backers failed to manifest themselves? What laws of nature where perverted during the night?

But it was only the second day of the campaign, to be sure. People would come, the masses would arrive. It was only a matter of time, and action! And action I would do!
I wrote to local newspapers, I wrote on forums, I added the game to game websites, I made a flyer to post at my local shopping mall. I harassed You tuber's, Twitch streamers, I bothered anyone that could help me.

And every morning there was the iciness and the sinking of the heart. As if the universe itself laughed at me, scorned me, and all the goddesses of good fortune turned their back at one who was so unworthy of their blessings.

And every day, there was a pressure. A pressure which grew with every passing day. Like the shrinking of the eye of the storm in Fortnite! The fear of failure, the pressure of time elapsing, the fuse shortening, nearing the explosive barrel!

Kickstarter wasn't fun at all! I had been deceived! Instead of heaven, I found myself in Hell! And was falling down, one layer at the time. One layer every day. Falling into the fiery pits. Lost to the burning kingdoms of sulfur and brimstone.

But I can still be saved. Guide me, dear reader, guide me away and upward. To the light, like Dante was guided by the poet Virgil. Be my poet, dear reader, and save me! For there is still time!

But time is fleeting, the wheel is ever turning, the winds ever blowing!

And rescue me from the pits of the inferno! And thus, you shall be a savior, dear reader, a poet, a true hero of man!