Deep inside opposition territory, you are thrown into explosive missions and pitted against deadly enemies who will use everything in their arsenal to take you down. In order to survive you must pilot your helicopter and gun down targets to destroy your enemies. Our innovative, responsive and easy-to-use one-touch flight controls allow you to be a daredevil pilot and unleash your weapons with deadly accuracy. And that’s important because every kill counts. Each kill will charge your Dominator weapons, and you can use your Dominators to get the upper-hand on your enemies, or just to utterly decimate everything around you.

KILLSTORM is in its final days on Kickstarter and to create some fresh buzz we have created a new demo. This new demo features dramatic new kill cameras that capture the action up close. It's available to download on IndieDB now.

KILLSTORM is an intense action game for PC/Mac with rich 3D environments that puts you in the pilot seat of a lethally-armed, highly agile attack helicopter created by former Sony and Criterion developers.

Forget what you know about twin stick gamepad, mouse-based and touch-screen control shooters. We've engineered KILLSTORM from the ground up to have the perfect modern control set that needs to be experienced. Using simple actions you will fly your gunship around the battlefield, aim at targets with easy enemy selection and let loose the dogs of war with auto lock-on mechanisms. Swing your helicopter around targets to out-maneuver them and gain breathtaking speed leaving enemies in your down draft. The built-in physics engine will provide excitement from the inertia of the helicopter all the way to the explosive chain reactions from the enemies you leave behind.

The missions we have planned for KILLSTORM will be many and varied. You will never enter the battlefield without an objective to accomplish. We have already implemented systems for many missions including:

Users can now vote for the project on Steam Greenlight

here and support it on Kickstarter here. 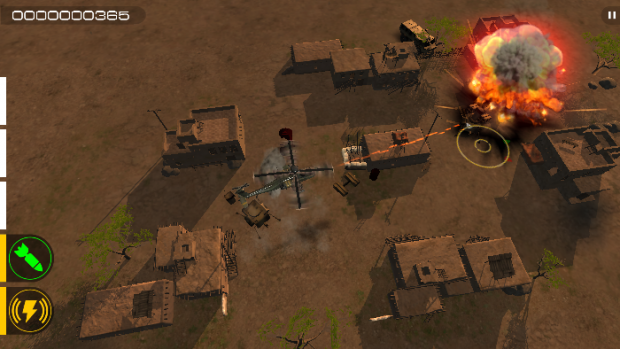 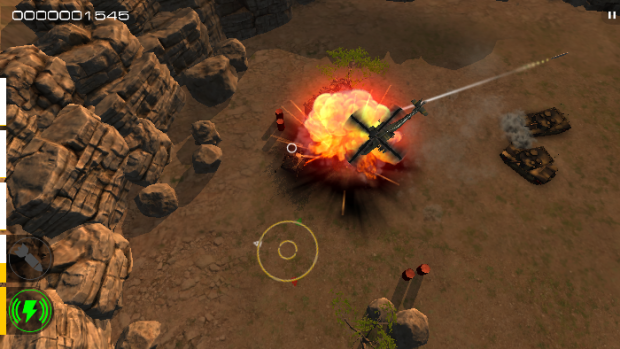 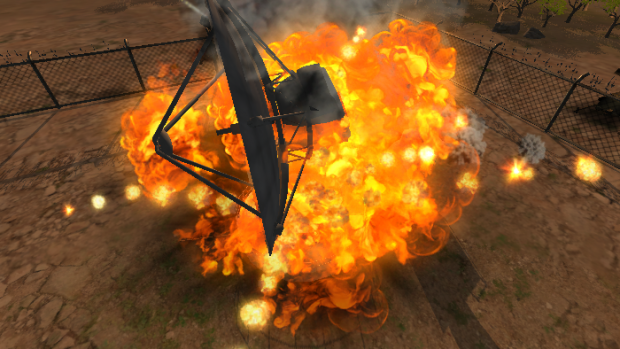 Sharkstorm hunters needed for KILLSTORM vs. SHARKSTORM! (Galeophobiacs need not apply.) Save humanity from the shark vortex before it sweeps the nations...

KILLSTORM is on Steam Greenlight & Kickstarter

KILLSTORM is now on Steam Greenlight and Kickstarter! KILLSTORM is an intense action game for PC/Mac with rich 3D environments that puts you in the pilot...

This is an alpha version 0.0.2 of the title so bugs may be present and not all control schemes have been implemented. As such this demo is playable only...

Any other playable helo BTW, or is it Apache only?

Reminds me of Desert Strike on Genesis.

Sakura that's one of our favourites and certainly an inspiration for KILLSTORM! What did you like about Desert Strike?

I figured you were inspired by it from the videos.

About three years ago one of my good friends taught me about classic gaming ((Genesis SNES NES etc.)) and Desert Strike was one of those games he showed me.

As far as what i liked about the game it's hard to explain but I liked it's difficulty.

Also There were several ways to approach a stage mission in that game so it wasn't exactly linear.

The game was pretty simple to learn which was nice but as I stated earlier because of level design and difficulty it had high replay value.

I hope this helps somewhat.