Kaiser and The Chaos Clockworks is a Rogue-like Action/Adventure Platformer Reminiscent of Nintendo 64 and Early Playstation era of gaming, but with a modern twist, not only making it nostalgic, but also a new adventure!

Kaiser The Chaos Clockworks is a 2.5D Hybrid plat-former. Starring the Titular Protagonist; Kaiser Leospike, a not so wise of an average hero, Happens to walked himself into a crossfire from an ancient war from a past far ago. Kaiser now must use the best of his abilities to put an end to a never ending war against a being of pure malice dubbed Chaos from consuming the world. with an unfolding story and a unique cast of characters, Chaos Clockworks will make sure everyone will play it til the very end!

I hope you guys like the game's progress so far, I had updated the page including a sneak peak of models

Axil is a fun and addictive game to play. Help a wheel named Axil to complete a set of challenges so that he can become a pro at wheel fighting. This...

Why kidnap the princess when you can become the princess? With the power of the Super Crown, anyone can become one, including Bowser! However, not everyone...

Play as Rubi in an epic quest to find your way back to your homeworld after being stranded on Earth! Explore and quest in locations inspired by the locale...

Other worlds India Russian-developed game. My goal was to make a game of quality and funny that it would be interesting to play. Long ago, when I was...

Ori and the Blind Forest

The forest of Nibel is dying. After a powerful storm sets a series of devastating events in motion, an unlikely hero must journey to find his courage...

The old city district of Mecha-Tokyo has been invaded by strange yōkai-bots and it's up to Giga and Tera to find out where they came from and rid the... 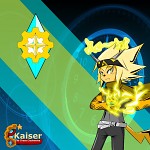