RSS Polishing levels and then some more!

A showcase of the undergoing polishing of our graphics as well as artwork and wiki related thingies!

The members of the development team behind JInx:Womb of Cosmos have a saying "If it ain't polished enough to shine then keep scrubbing!". That is the reason we stick to an area as long as possible, trying to make it look as appealing as possible, testing new lighting and shaders and messing around with the particle system.

I think the outcome is more than rewarding and thus we thought about sharing it with your. RIght now we are at V3 of our polishing procedure and we intend to stay there as it looks pretty sweet! 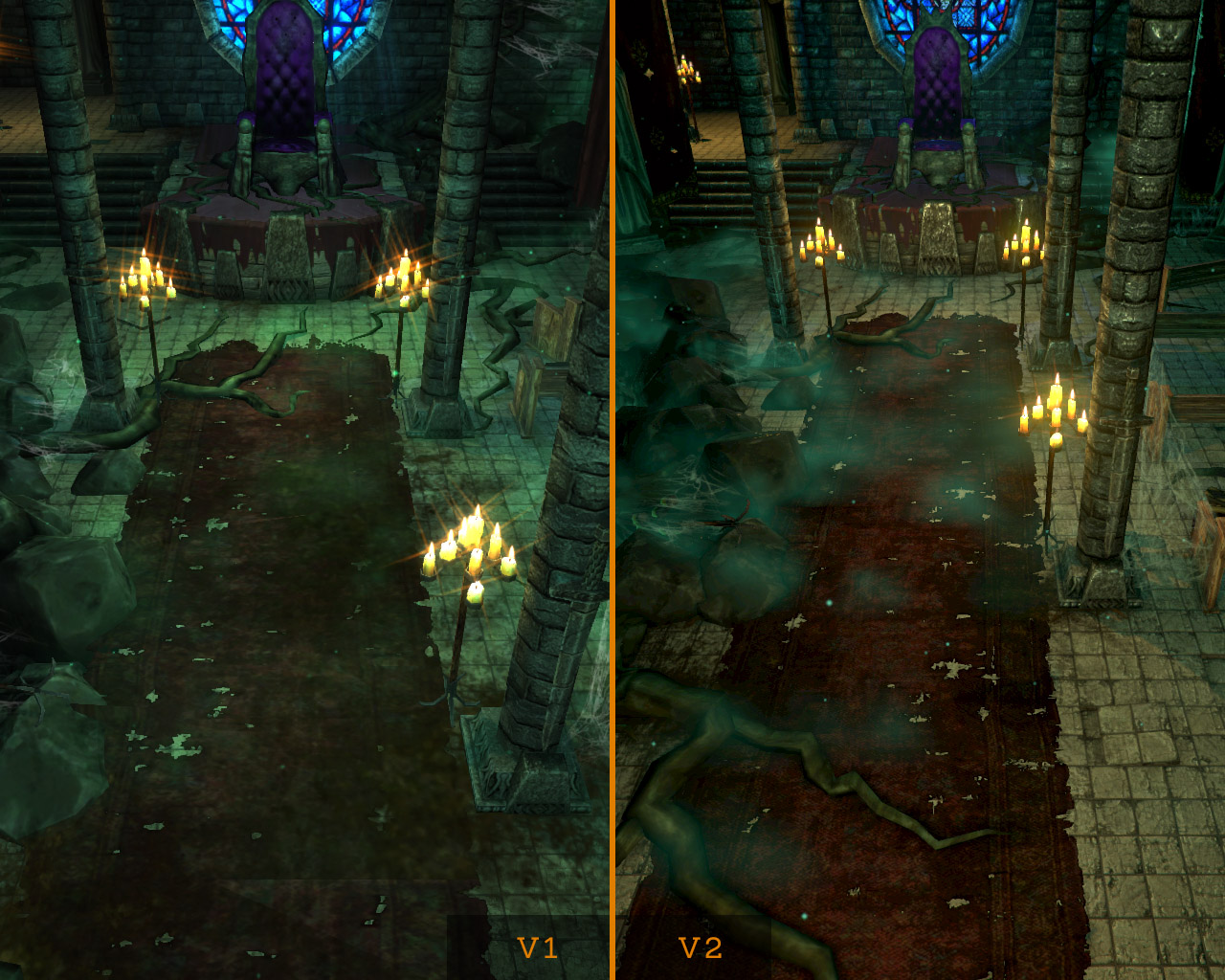 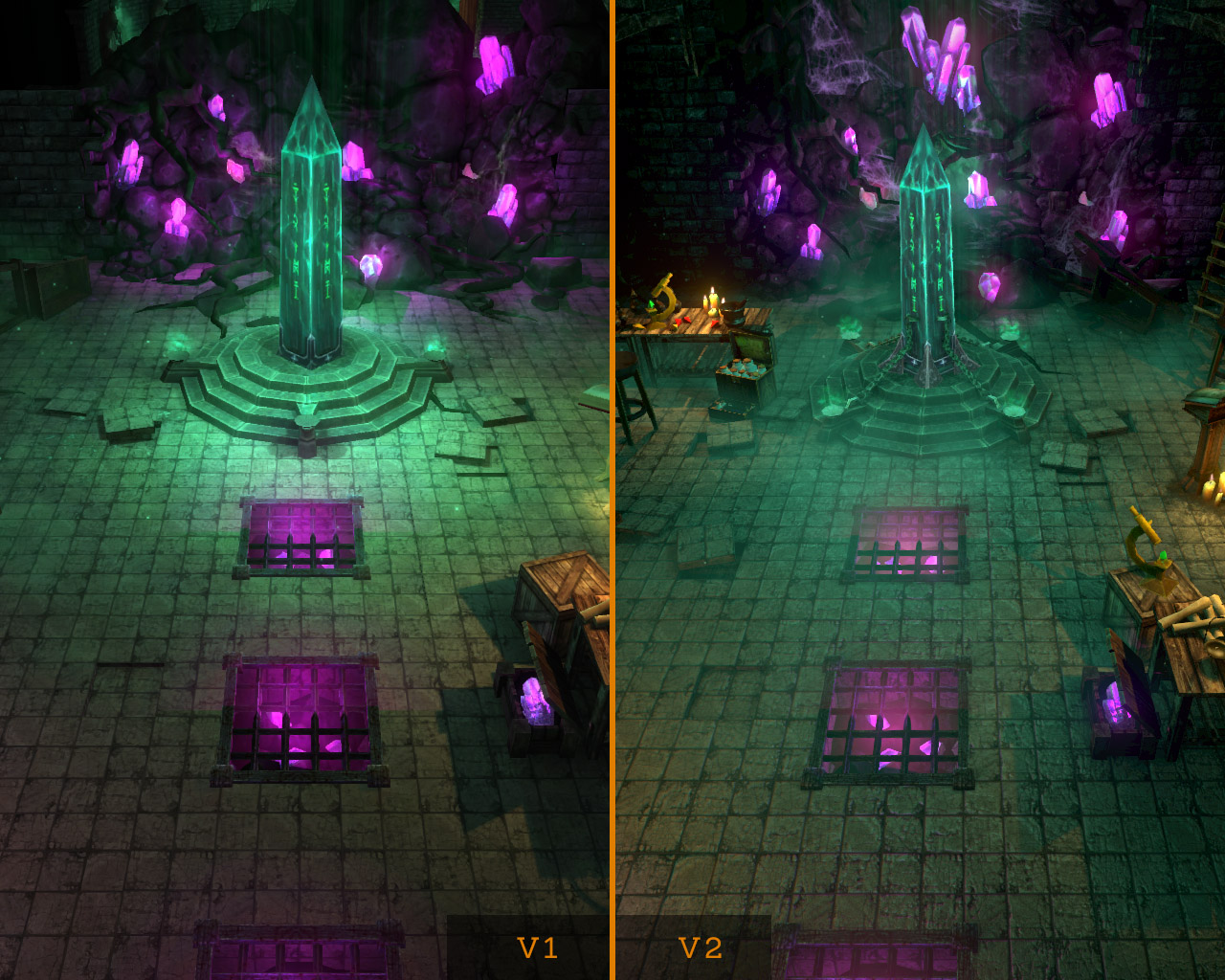 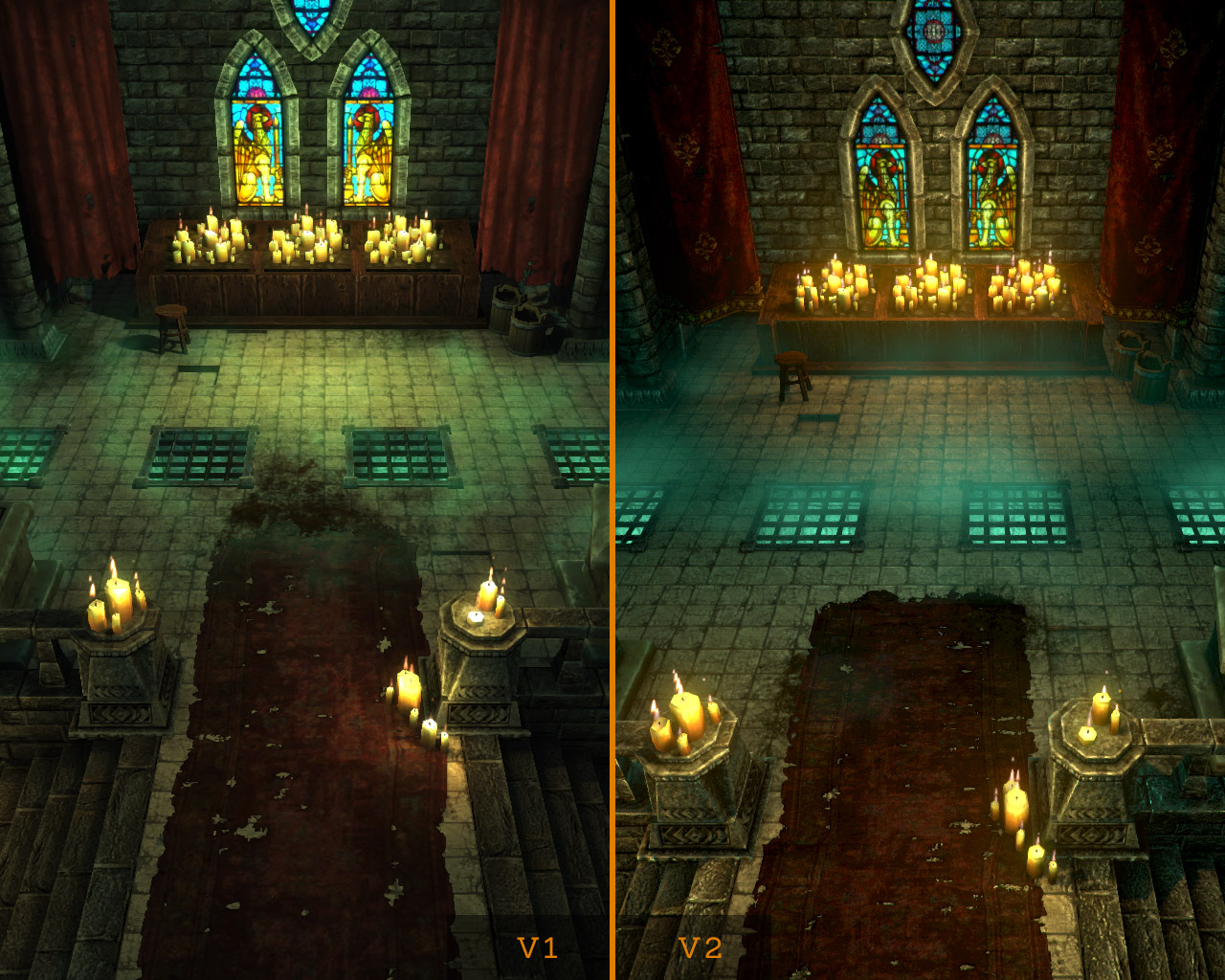 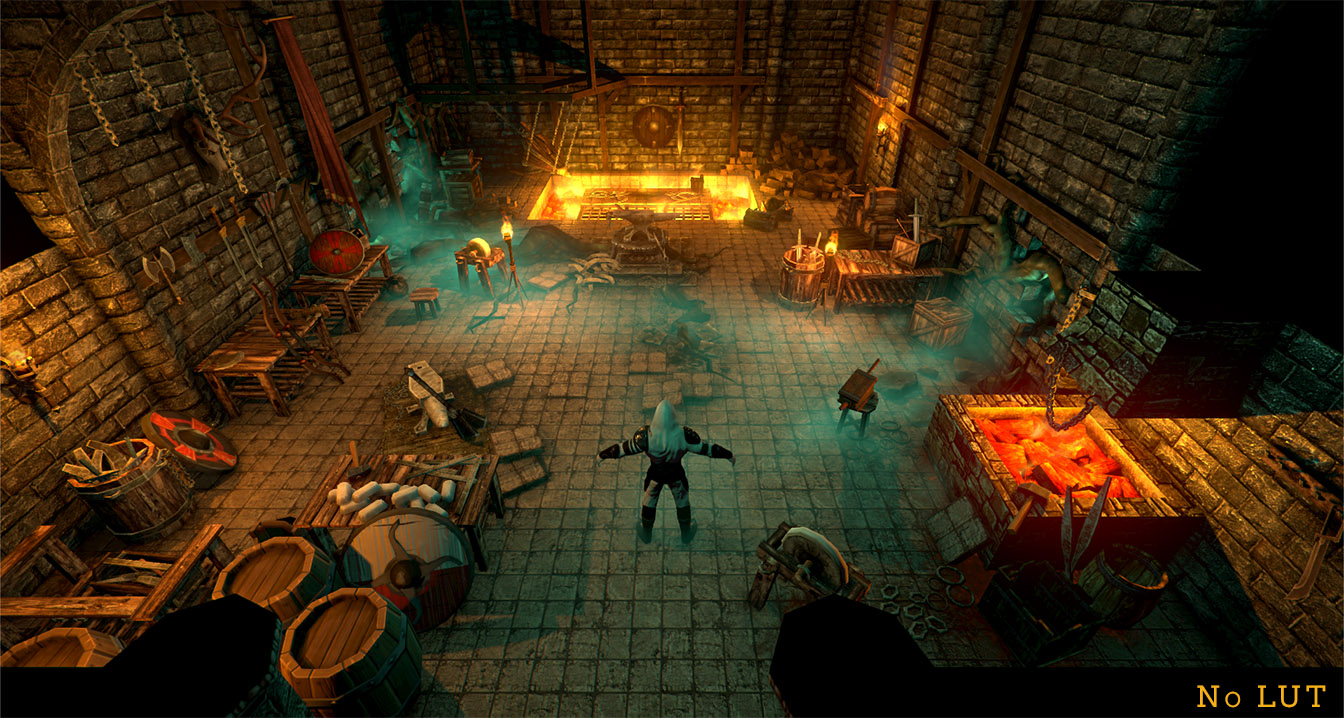 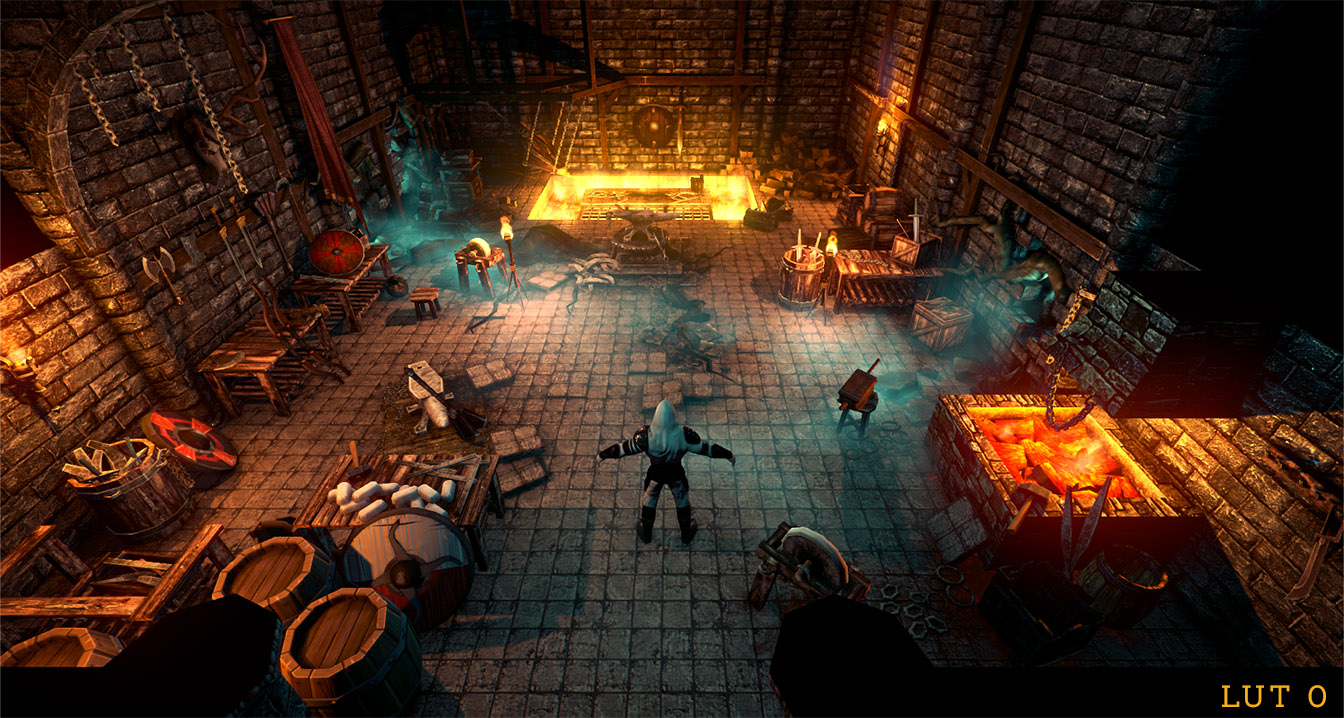 Our UI & concept artist Felipe tried to give shape to some of the gods of Jinx' universe. He came up with these icons and we are so happy with his approach... So here come the icons and some facts about five gods and goddesses! 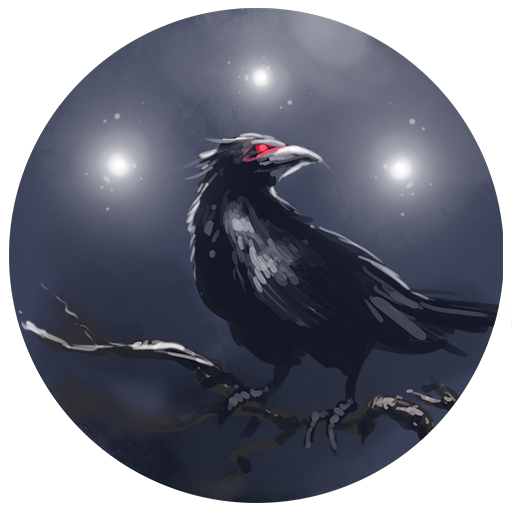 more-TAI
The Ravenlord, The Starcrossed, The Thrice-Born, The Oppressor, The Broken, The Divine Puppet
God of Highborn. Scholars wonder if it could be Mhortai the Noble, loyal protector and Judge of the Living, mentioned in scriptures of ages past. 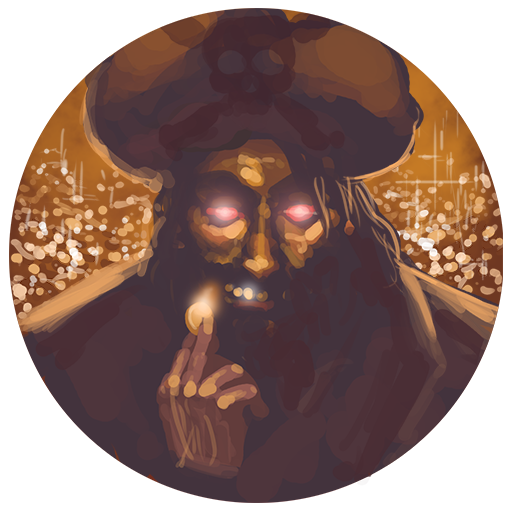 The Pirate King, Taker of Riches, The Treasure Hunter
God of Plundering. 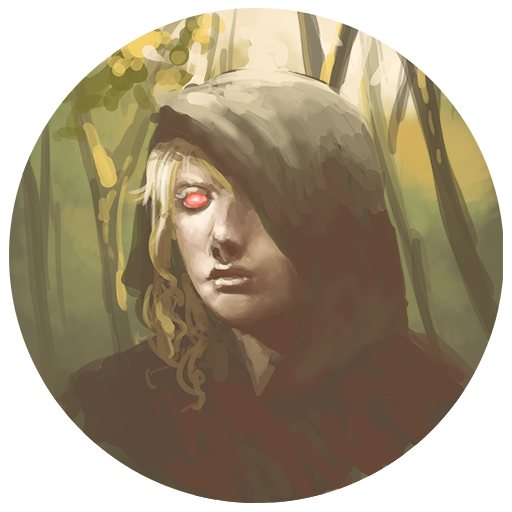 ZEE-lee-ah
The Glade Wanderer, The Green Cherub, Keeper of Groves
Goddess of Forests. ROW-ne
Minstrel of Requiems, Scourge of the Unclean, Nevera's Breath
Goddess of the Dead. 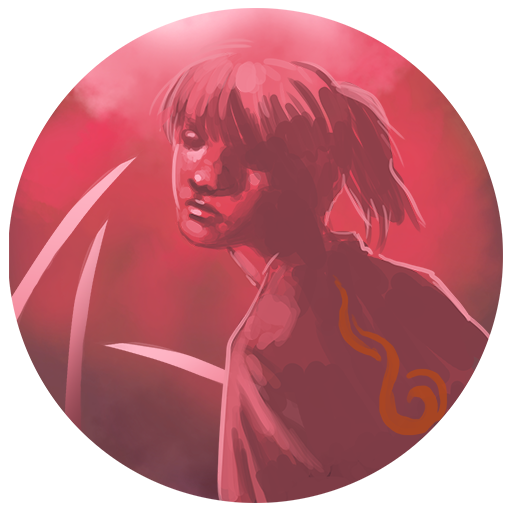 As the programmers type code to the point of making their fingers bleed and the artists consume gallons of energy drinks to stay awake and keep painting thingies, the lore team remain ever-vigilant and steadfast and after they have used slandering expressions and top notch impoliteness for the aforementioned colleagues, they embark on the difficult and strenuous task of populating our Wiki.

As we have discussed before Jinx: Womb of Cosmos is a lore-heavy and thus the wiki will contain a ton of useful information and fluff! Character Biographies, the Origins of Cosmos, the Pantheon, the Setting and everything a curious lore-freak (like us) would need to sate his bookworm appetite can be found on the pages of our wiki. 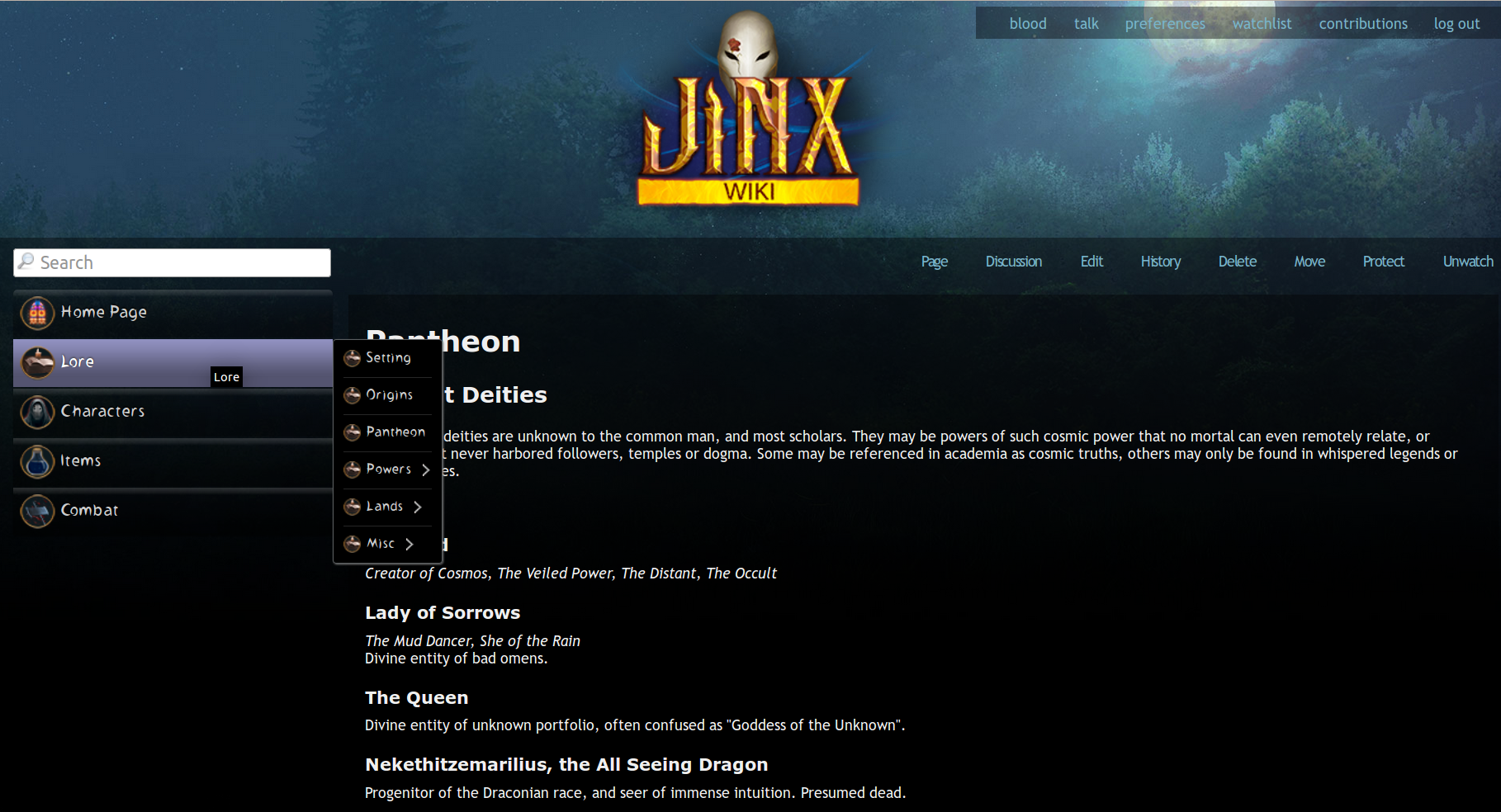 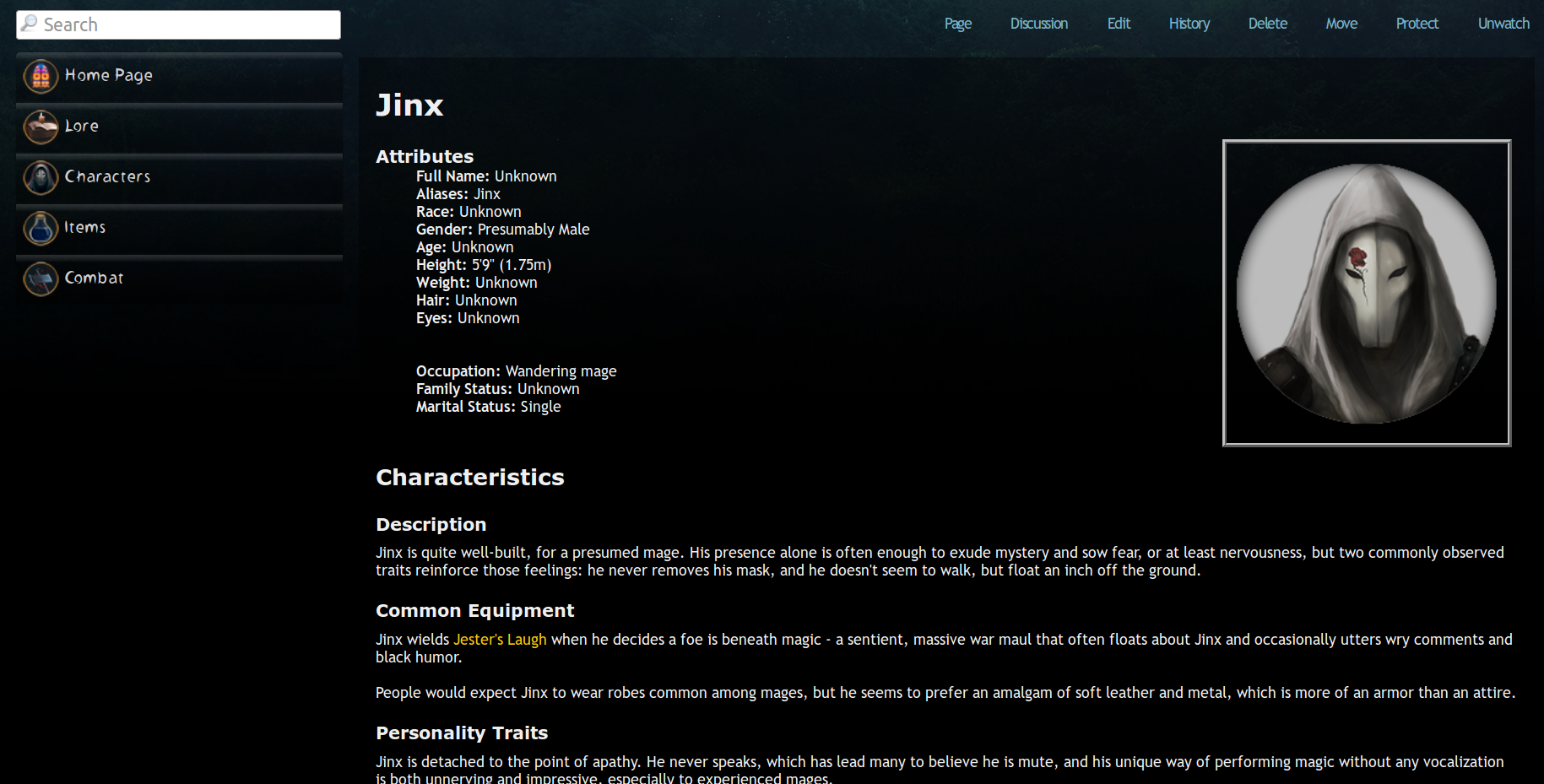 Also we have finally concluded on the forum categories and the icons for each of these boards! 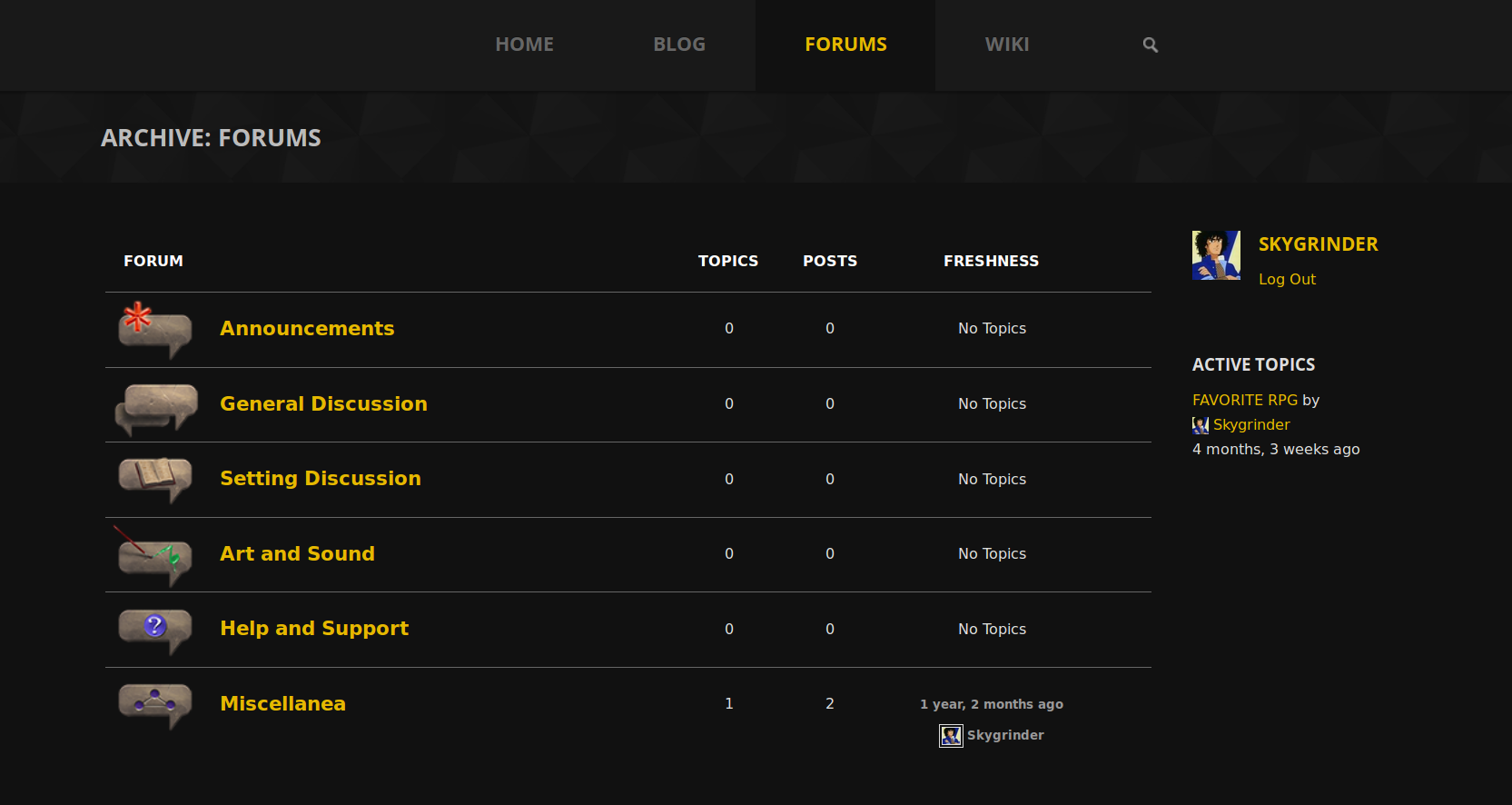 In a couple of days we intend to upload the last part of our series of short stories about Lady Dral which concludes her story and explains to some extent the reasons behind her change of "heart" and faith.

Moreover an extensive breakdown of the crafting system will be posted, explaining all aspects of the castle and item upgrade mechanics as well as the passive bonuses you get by unlocking ingame achievements and fulfilling certain criteria.

Then we will present the final portraits of our characters for the status screens (Character, Journal, Skills etc). We are pretty certain that you are going to love them!

Last but not least...the first video is almost here, showing a tour of the Castle.

At this point we would like to thank all the people who visited our page and voted for us for the Indie Game Awards. It does not matter if we are going to get a prize or win an award as long as we know that we have your support and in the end we are going to deliver a game worth waiting for it. We feel honored by your love that brought us to the 23rd position out of 30000 games in popularity during the last couple of days.

Needless to say that we would like to thank IndieDb full-heartedly for the opportunity of being part of this site and community. Since day 1 the people running this site have been EXTREMELY helpful and polite and the average time we had to wait for an issue to be solved was less than an hour... despite the time difference. So once more Kudos guys.

And that's all folks!! Don't forget to like our Facebook page, to stay in touch with us (dont't hesitate to send us anything you like...we will answer!) Good luck to all participants of the Indie Game Awards 2015!