Do you miss the 80’s arcade games? The ones that let you play in a single non scrolling screen full of platforms, struggling your way through all stages till the final one? 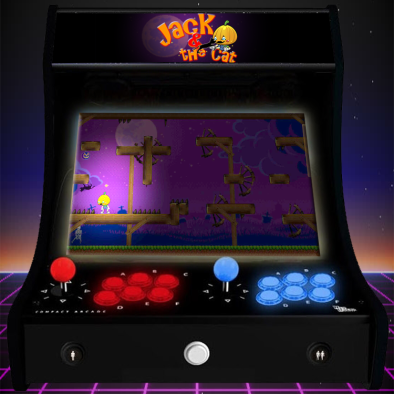 If you answered “yes”, then Jack & the Cat is tailored for you! Introducing a new old school arcade game to PC gamers, with classic gameplay and new mechanics that will make you wanna go through all stages on a single playthrough!

Play from start to finish like you used to, with no saves and stage hubs to retry, just finish a stage to go to the next one! Jack & the Cat is a skill-testing platform game where you (or you and your friend) control 2 characters at the same time, Jack and his cat, where your goal is to get the cat to it’s favourite toy, the skeleton hanging on the farthest point of the platforms. 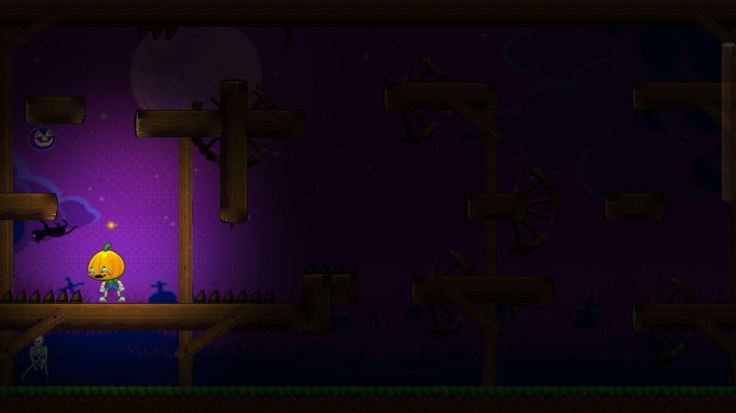 Poor kitty is black as the night and night is when this game takes place, so Jack can’t see her unless they are really close. Jack is accompanied by a firefly that carries the light needed for Jack to spot Cat. But the cat is afraid of Jack’s other pet so she is trying to hide under platforms, that’s why she is standing upside down! She is not that afraid of other insects though, so she has to try and catch them!

Now here is something we don't get to see every day: Jack & the Cat is a complete makeover/remake of Just Die Neon, dressed on a Halloween theme and adjusted for all ages, following cartoonish themes. Several changes were made on the gameplay aswell but it still feels the same. More on the game's pages!

You can find it at Steam

Indie
Tags
Embed Buttons
Link to Jack & the Cat by selecting a button and using the embed code provided more...