Infinite Terror Baby Siege was the first game made by Cardboard Factory on the Unity engine. It was never quite finished, and wasn't released. But recently we decided there should be a remake of the game. It's going to be polished up and redesigned, and we're going to finally finish what we started.

The game is simple enough. You are in a situation. Babies have flooded the city, and are destroying everything. You need to stop them and push them back. With a range of unlockable weapons, you'll be able to fight off several different kinds of babies. Advance though several stages and hopefully stop them for good.

Finally, I have found a reason to go back to game development again: I was a bit bored.

So yeah. Nothing happened for the last few weeks, cause... Reasons. But I've come to an agreement with myself to continue again. And what better to continue with then Infinite Terror Baby Siege? Since last Saturday I've been working in between lessons, after sport, before dinner, during prep, in my sleep... Basically I'm actually doing it again. I'm going to try and finish ITBS... Hopefully.

Okay, enough with the story. Whats actually changed then?

There's lots of weapons now. Apart from the previous ones there's now the Grenade Launcher, Sniper, Minigun, RPG and Laser Gun. There's new melee weapons as well: Grenades, Bats and Chainsaws. Each weapon has it's own unique style of play, and there own disadvantages. There's way more planned, but first all the ground features must be laid, so once I have that done, that's when new stuff come's pouring out of everywhere.

Also almost finished is the gun selection/inventory (There's a lot of almosts, sorry). You can now choose which gun and melee weapon you'd like to use in the next level. When you complete a level, your rewarded with a new item/weapon. This can then be used in later fights.

WIP Weapon Menu. Could change, but I like it so far. 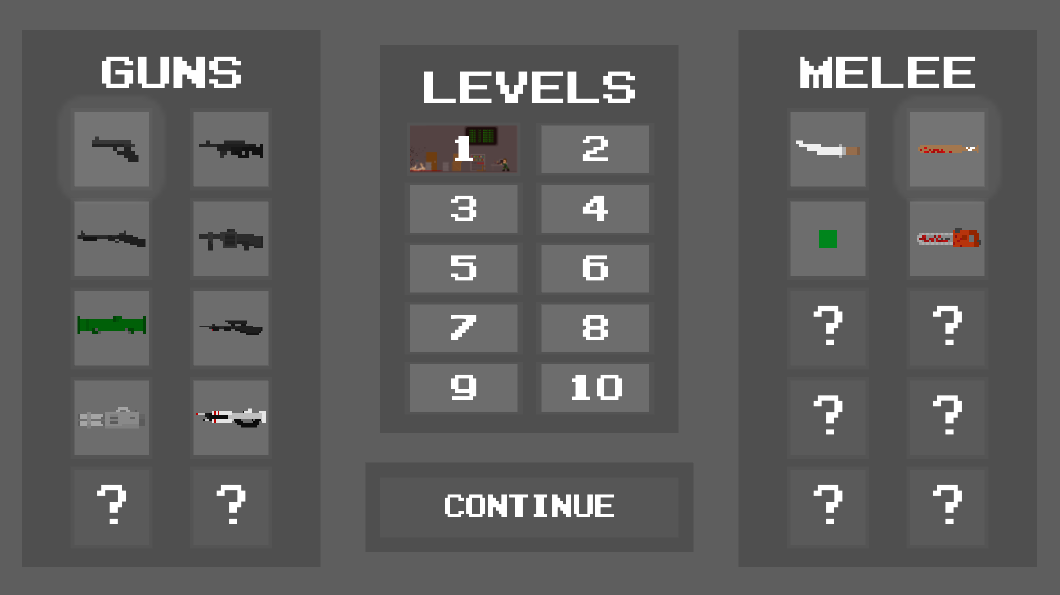 I didn't know if this should be in the game, but I've given the player health. Each baby does a certain amount of damage now. For example, it would take 10 normal babies to kill you now, or 5 jetpack babies. The health is displayed through a health bar above the player's head. I don't know if I'll keep player health, we'll see as the game progresses.

Speaking of levels, the basic level design is finished, so making them is quicker and easier. Once again, when the basics is finished, I'll start pumping out all of these new things. But so far two new levels have been made, and a sort of cut scene is in place when you first start the game. There is a kind of tutorial being made on the first level, which just explains to you the controls and objectives. 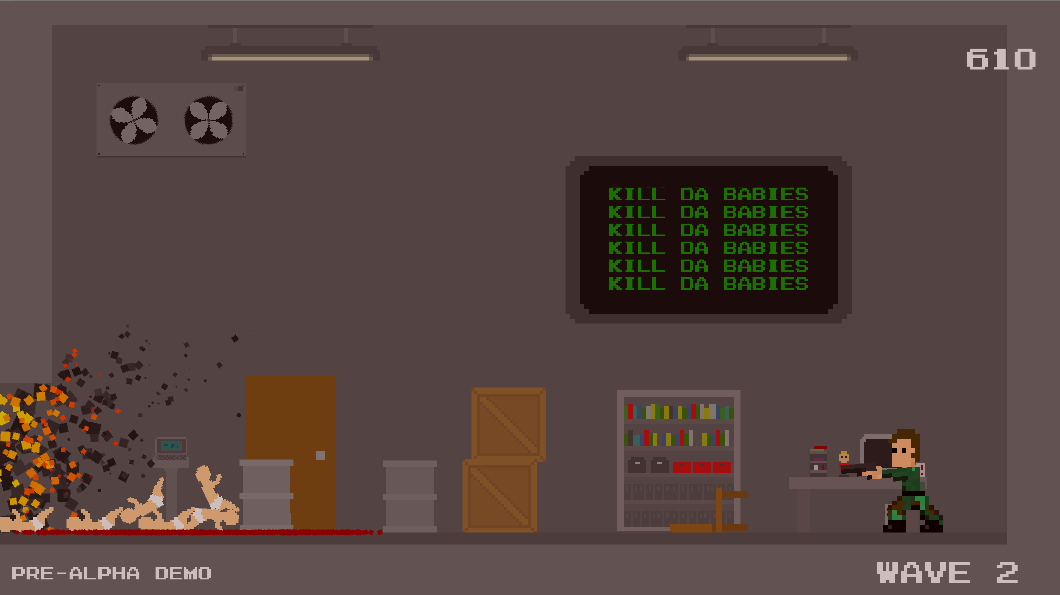 Finishing them basics. That has to be done. There's a list I've written that's got loads of idea's in it, like fifteen new babies, three new bosses, two level designs, lot's more weapon and some more features like achievements.

There should be a new demo out sometime early October. It'll be available here for download then.

Just the RPG decimating a wave of jetpacks. 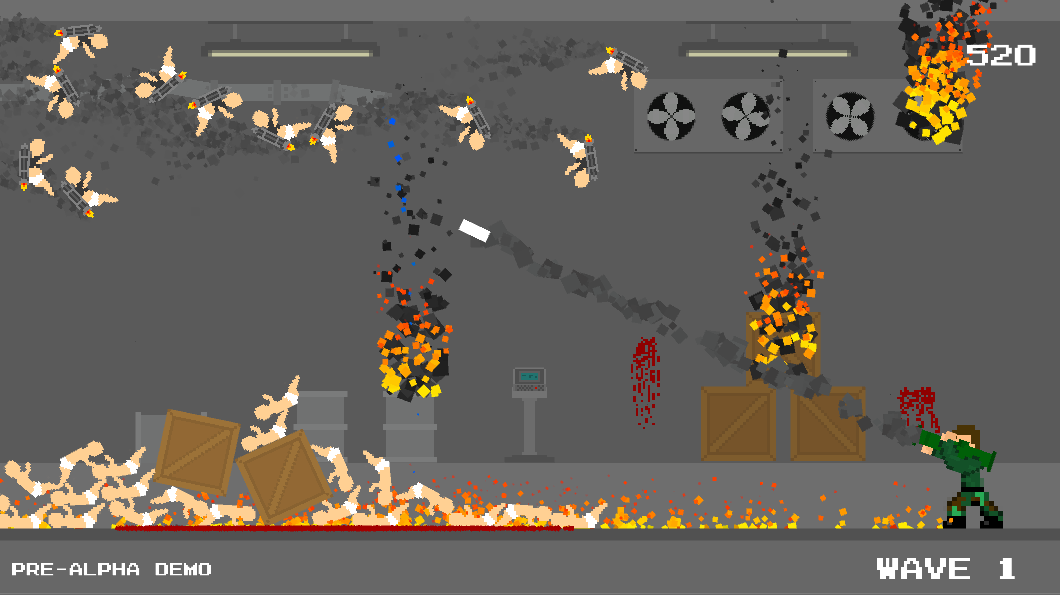 The first update to ITBS, including a working level system, new weapons, and player progression!

Infinite Terror Baby Siege (or ITBS) was the first game made by Cardboard Factory on the Unity engine. It was never quite finished, and wasn't released...