Flippin’ ‘eck! Pesky aliens have nabbed the world’s argon! Join the ionAXXIA and go get it back!!

Enjoy something new with the Big Brained shooter genre!

ionAXXIA does for the shooter what Dark Souls did for action RPGs, challenging the mind with creative combat as well as hand/eye coordination through a string of 1v1 fights with rock-paper-scissors like ship matching. Match your strengths to your enemy’s weaknesses, and when that fails and you’re completely outclassed, find some other sneaky, underhanded way to take them down. Patience, timing, and smart decision making are essential, from choosing your ship, to when and where to engage – flying headlong, guns blazing, is a sure way to a quick (and unsuccessful!) end.

Design your own ships

Design your own combat vessels from a wide array of 6 component types – design, hull, engine, generator, primary weapon, and secondary. 81 different components at launch provide millions of variations, and the gadgetry aims to be the most varied and interesting possible. We got blasters, lasers, boosters, antimatter spread, mining lasers, scatterpack missiles, and grapplers. We got autosentries. Ion Stream Projectors. We got knives. Sharp sticks.Plus, unlimited upgrades! Beef up your gear to insane levels with no limit on how many upgrades you can apply.

Design the perfect vessels to conquer/save the universe, selecting from components in millions of combinations to balance fire-power, manoeuvrability and cost to fit your play style and the current level challenges, whether that's direct combat or using environmental hazards to your advantage. 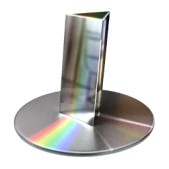 Inspired by the great 1990s space games such as Master of Orion, Ascendancy, and of course Star Control, ionAXXIA indulges in the same delight of varied tech and gobbledegook sci-fi jargon. As well as the typical blasters and laser beams, expect cluster-missiles, gravity wells, and maybe a few 'antimatter cones' and 'space limpits'. ;) 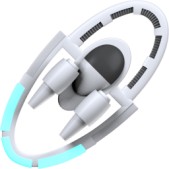 ionAXXIA doesn't overreach itself, and is designed around short bouts so you can get a decent game when you've just got a few minutes to kill, or blow an afternoon perfecting your skills and levelling your components. A wealth of alternative control options also bring a simpler interface so the delights of real games are accessible to mobile gamers unaccustomed to d-pads and face-buttons. 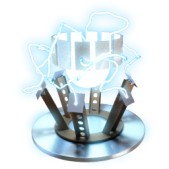 ionAXXIA leaves Early Access. Here's what you can look forwards to.

Unlike other shooters that are all about twitch reactions, ionAXXIA requires 'creative combat' and using novel equipment like gravity wells, snares, boosters, and tractor beams alongside lasers, flamers, cannons and missiles. Combat equipment has a bunch of new toys like surface-mounted auto-turrets, and energy sapper mines that gain extra punch when attached to objects.

Complete challenges to unlock new items. Develop a sense of achievement and progression as you become a better, smarter space-pilot. 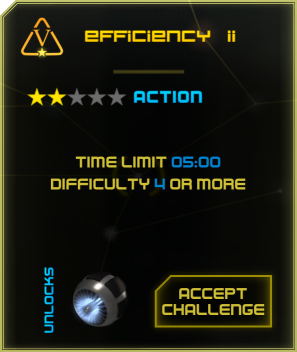 Levels now offer more variety of encounters, providing options to complete challenges by choosing which mission for which level. 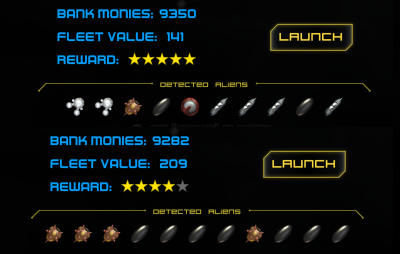 An addition I’m pretty excited by, some aliens will leave a persistent feature when they die. The Globbluck Mk1 leaves an acid cloud-comet that inflicts serious damage, while the Cybosh CN4’s engine detonation leaves a wake in space-time, a ‘teleport’ wormhole. Levels with many of these vessels create an increasingly complex arena. The addition of more aliens to ionAXXIA will mean more arena transformation possibilities. 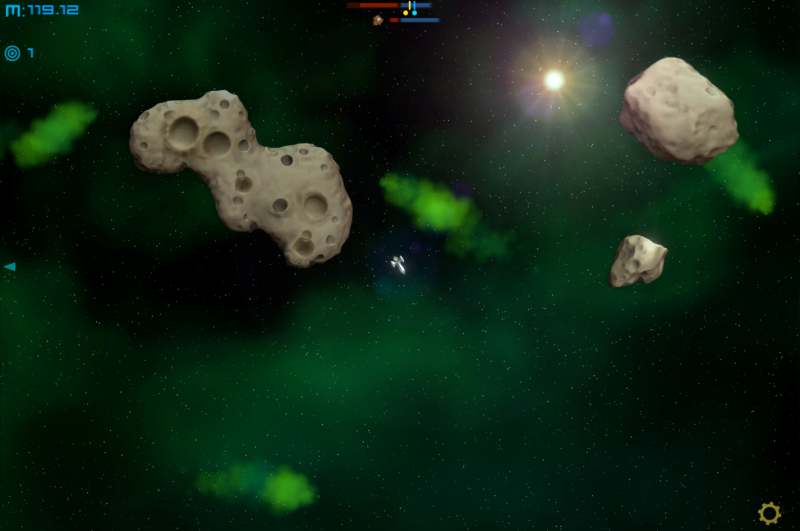 Hazards (for you or your enemy!) include exploding rocks, fire-trail rocks, magnetic rocks, and the scary, black, ultra-dense rocks that inflict massive collision damage. If you're fortunate, you may come across a health-rock or a tactically advantageous energy-rock.

Aliens have very different combat attitudes. Some rush in. Others keep their distance. Others will hit the gas and just keep going, attacking in fly-by encounters. Adds another consideration to your ship designs.

For millions of different customised ships. 17 different designs each with their own size and weapon mounts; weapons have added variety depending on the ship they are attached to.

12 different hull materials to keep the inside of the ship inside. 12 engine types, with different qualities of speed, acceleration, and manoeuvrability. 12 generators to power the weapons. 16 primary weapons, from beam weapons to missiles to guns to turrets, to plasma-clouds, to offensive satellites and big-arse bombs. And 12 secondary functions, from boosters and bubble-shields to tractor beams and grapplers.

Collect precious resources to upgrade your gear, with no level caps! Just keep making that laser beam longer, that knockback bigger, and that fire-rate faster. 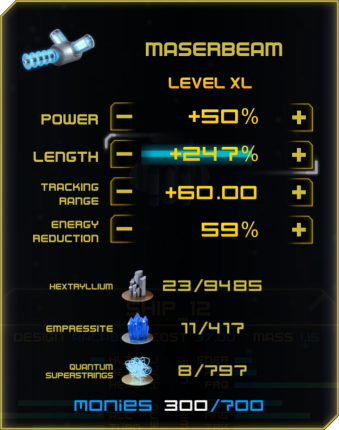 My favourite feature of the original Star Control, the strategy game adds more pressure and more options for smart thinking. Often you'll have to use a less-than-ideal ship match-up to stop enemy movements, requiring clever combat. This strategy mode received a lot of work to provide interesting encounters with procedural algorithms being developed to generate different scenarios. One level might see you equipped with an armada to take down a new alien outpost. Another might see two sides struggling in a barren system, fighting over scarce resources. And then another, a desperate bid to hold back an attacking fleet to give you time to build up a counter-attack. 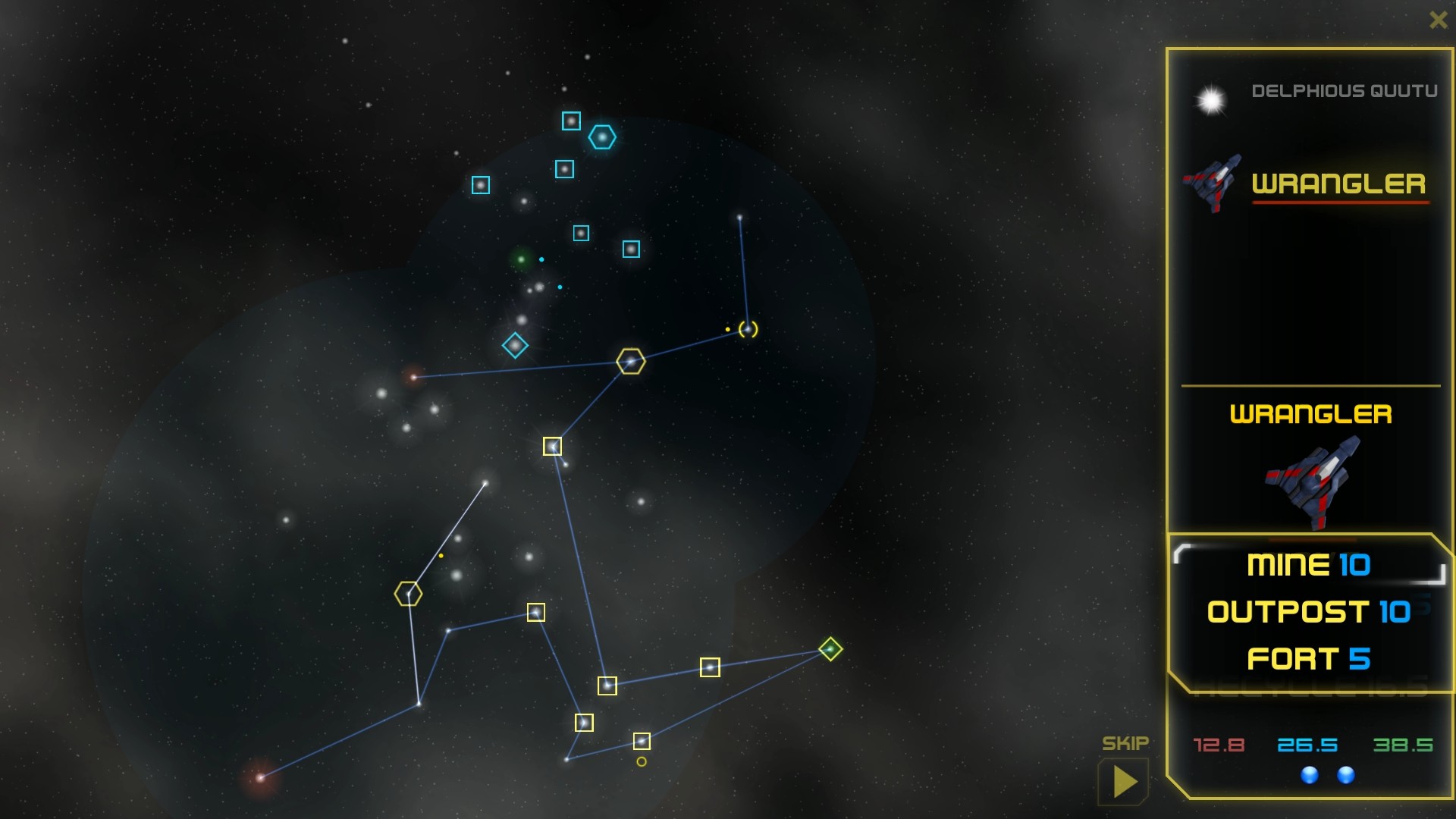 Jump in now to still get ionAXXIA at the Early Access price and save 50%!

Classic top-down space combat comes to every device with the public release of ionAXXIA, available now on Android and Steam.

Concluding the final step for public release, novaWARS gets an ID change to become ionAXXIA!

The inspiration behind the creation of novaWARS - Star Control, Master of Orion, and Babylon 5!