Indie Game Story is a game about having a creative/development team and develop your own indie games, living the life of a small game studio, getting contracts to get enough money to finally work on your dream project. You’ll be able to hire your own staff, make them work like hell, fire them, get better employees, get better contracts, try to optimize your income as much as possible before going all-in on your own indie game project which you will have the total direction in your hands. Pick a type, a genre, a good name, develop your game audio, art, code and text (through your employees). Get a bigger office, get more employees and work on more ambitious projects!

Welcome back folks!
After a way too long break I'm back on IGS development right for the holidays!

I've been hard at work on the basics of the alpha 2. The crazy thing about alpha 2 is that it's a complete rewrite of the game we had so far. Now using the super strong Unity3D game engine, we had to rewrite everything in C#, re-import every sprites and assets and get a second chance on designing the game.

Initial design had a few major flaws, I tried to shoot for the stars and I ended up shooting in every direction without achieving any progress. Now I went back to notebook sketches, re-designed the entire game so it can deliver the good old kind of simulation game we all love.

One of the biggest change in how the game will play is the hybrid approach we have with the gameplay. Instead of selecting characters and right click to do an action, which would be a lot repetitive when having a big 100+ employees office. To fix this problem, the player will only control his own character. So let's say my character name is Tommy, I have a 20 employees studio. I'll have to move Tommy to interact with the environment or other employees but employees will be AI controlled so you can only focus on your projects, your own character and your growth in the game.

Another good chunk of code I got down is the dialogue system. Built with callback support, it'll be super easy to script your own interactive dialogues whenever we get mod support down in alpha 75! ;-) 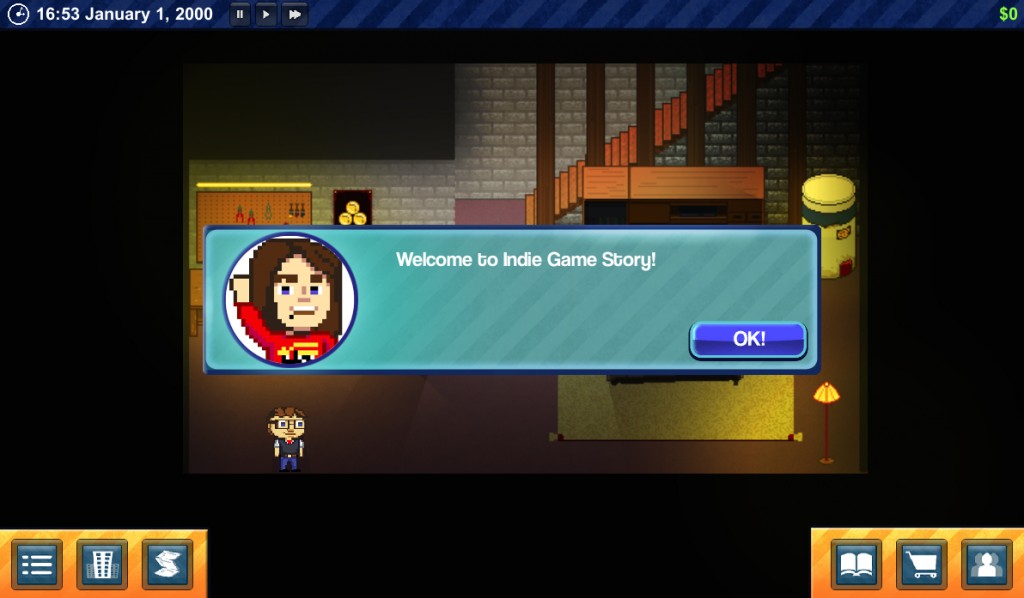 Next, we'll be working on the interactivity with the objects and the environment around your character. Cool things like a neat little HUD system to display actions available to play with.

We'll also be sending more picture request to those who donated for the Get Yourself In The Game offer so expect new faces in the game soon!

Check out the original article on IGS blog!

Hacking for a living.

The thing with what I do is that I do my passion, for a living. I hack whatever needs to be hacked and I jump onto the next problem. It simply never ends...

"Get Yourself In The Game" Showdown!

We're starting to roll the new employee avatars for those who backed for the game earlier, and it's looking amazingly good! Come and check out our first...

You might have noticed that it's been pretty dead lately. It's because development has been on hold for the last weeks. Here's what's been up in the past...

Here's a small progress update for IGS fans, We're now at 38% for our Alpha 2 roadmap!

I'm really looking forward to this game! ^_^
Keep up the good work because it's a very good project!

Thanks for the good comments! We'll have a few very nice updates soon! :D

Not at all! We've been having a very professionally busy schedule but we are currently putting back our game designer hats! (Starting today) I'll post a more detailed update about what's next on the website soon. Thanks for your interest!

Thanks for the comment! Drop us an email to info@indiegamestory.org and we'll keep your name for the translation for sure! Thanks

I can't conpress the files? :/

You can't compress, which files? Give me some more details if you need help with something please ;-) Thanks