Planetary Colonization Imagine Earth is a real-time planet simulation and a build up strategy game. Your job as a space colony manager is to explore and populate distant planets. Build up thriving and profitable colonies on a global scale and trade resources and goods into space. Deal with allies, threats and enemies. 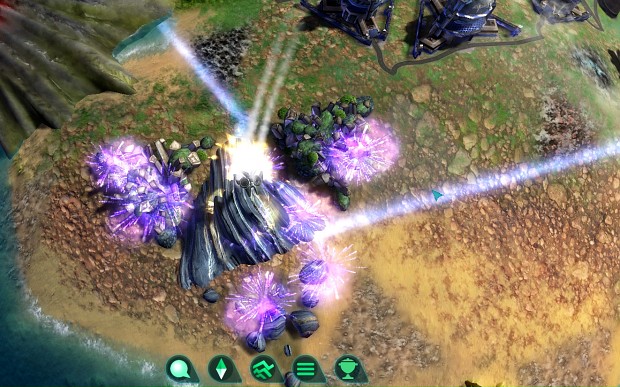 We have put some work into improving our blasting items. Both are now dropped by one of the drones starting from the City Center.

The Explosive Device allows the immediate blasting of mountains, rocks, buildings and ruins in your area and on all fields directly adjacent to it - the later one is especially helpful to defend yourself against Assimilator.

The Ideon Bomb has multiple times the effect of an explosive device on an area of four fields. It also disintegrates big mountains and wakes up sleeping volcanoes.

Blasting single field and big mountains will leave the fields with rocks that may contain the rare resources gold and titanium.