The dread wizardess Galgatax has awoken yet again and it's up to you to find the Chosen Sisters and travel to the Hellfire Peak to defeat the monster that has been summoned.

If you've read this far, you should probably just download the game. It's free, you know.

In October 2019 (remember that innocent era?) three game developers from Finland did a small, funny JRPG and Visual Novel hybrid for Ludum Dare. It was released on Itch.io and proceeded to gather a lot of positive reviews, also landing on the 7th place in Graphics category of the game jam. The short (~15 minutes) game was so well received that it would have been a shame to leave it at that. So what's a popular JRPG without an extended version these days? 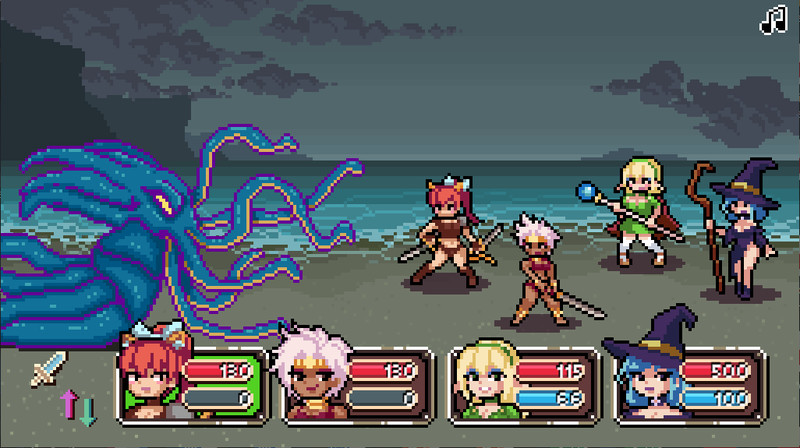 We'd be royally screwed if we missed the golden opportunity to remake or remaster a special definitive edition of Ignis Universia! So raise your glasses for

While not an actual sequel many have been waiting for, it is a step towards that direction and more of an enhanced 1.5 ReMIX version. We'll be releasing it on Steam to see how it does and hopefully gather enough interest to enable us to make the actual sequel!

The DX version includes a whole new side quest with about the same amount of content the original contained as a whole, new mechanics and of course a lot of polish.

Don't miss the chance to check out a game with rave reviews, such as