Humans vs Aliens vs Robots

The Story So Far Three galaxy spanning civilizations struggle for domination of a galaxy. What is it? Humans vs Aliens vs Robots is a series of three intertwined strategy multi player games. The outcomes and events in each game can affect the other games, and it's up to you what games you play and how you play them. War: Take command of your civilization and capture a cluster of stars for side. Battle: Command a fleet of ships in battle and eradicate all enemy forces while using as few resources as possible. Chase: Take over an asteroid mining drone and collect the rare elements used in the war effort.

Add media RSS The chase is on (view original) 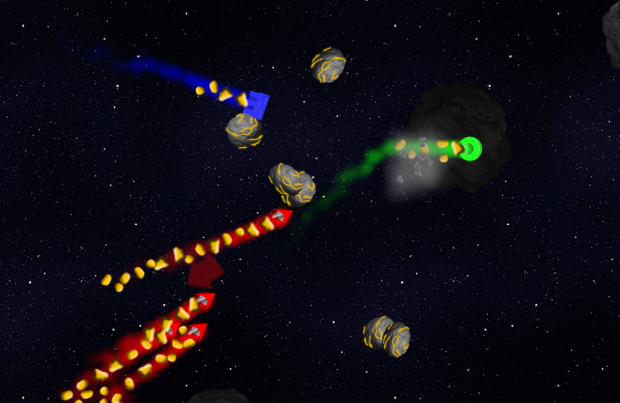