Himeko Sutori is a tactical JRPG for Windows and Mac that puts the player in control of an army of over 100 unique named units that you can customize, equip, and level-up as you uncover the schemes and betrayals that have thrown the kingdom into civil war. Himeko Sutori will also come with all the assets and code needed for players to build their own campaigns using the Unreal Development Kit. The game will feature a soundtrack by the immensely talented Kevin Won (http://www.kevinwonmusic.com/) and pixel art by Endymion Games (http://www.endymiongames.com/).

Above all else, Himeko Sutori is an interactive story to be experienced, putting the player into a detailed, living world, full of vibrant characters. Set on a continent divided among three mighty empires, Himeko Sutori tells the story of three young women who get caught up in a civil war and who try to find some meaning in the chaos. Throughout their story, they will learn difficult truths, lose their way, and perhaps find victory, depending on how it's defined.

But this story is just one of an infinite number that can be told through the game Himeko Sutori because every download comes with access to the Himeko Sutori campaign builder, where you can make your own story to share with others.

The game plays out in two general modes, immediately familiar to veterans of JRPGs, who will be right at home switching from exploration to combat and back. The player will be able to wander through city and countryside, talk to NPCs, get quests, buy equipment, hire and promote soldiers, and discover new places. At times the player will be thrust into combat mode, where you and your AI opponent will take turns moving your armies squad by squad across the battlefield, positioning them for the best tactical advantage.

In combat, each of your individual and unique characters will use his or her special abilities automatically to heal allies, pick off weak enemies, or deal out massive damage to enemy commanders. As you build your squads, you will have to make strategic decisions: Do you make a squad of all archers in order to maximize your ranged damage? Or do you mix in knights and clerics to make the squad more rugged in close combat? It's all up to you.

If you've ever played games like Final Fantasy Tactics and Ogre Battle 64, you'll find some similarities here, but there is also going to be a lot that's totally new.

Tactical RPGs have to strike a balance between epic scope and personal involvement with the characters. Before, this has meant that either the battles have to be very small, or the progression very impersonal. Now though, you'll get the best of both worlds. You'll have control over a massive army. And you'll get individual control over every character's progression and equipment. This will require a bit of a simplified level-up system so that you don't get bogged down with all the details of managing hundreds of characters.

Himeko Sutori introduces a unique new system designed for simple but deep customization, allowing the player to explore new synergies by combining multiple classes' abilities. By cross-training in classes that share an element, attribute, or skill, your characters can explore new possibilities while still growing stronger in their primary classes. You'll also discover powerful action and reaction combos that will keep your squads alive while fighting much more powerful foes. For more information, see Himekosutori.com.

Just download the free Unreal Development Kit, and you will be free to use all of Himeko Sutori's code and assets to make your own campaigns! The EULA will say that you're not allowed to make your own standalone executable, but aside from that you'll be free to make any kind of game you like using all the same tools I'm using.

For more information, screenshots, a development blog, and more, go to HimekoSutori.com

Large-scale RPG Himeko Sutori to be released on 31 January

Do you like tactical roleplaying games? Especially of the Japanese variety? I love them. But too often they only let you take a few characters into battle, which never made me feel like a major force in the game world. Ogre Battle 64 though, which was released in 1999, put you in charge of an actual army. As a 20-year old game, its technical limitations are immediately obvious. But it was a masterpiece nonetheless. With Himeko Sutori, I set out to capture the feeling I had of leading an army into battle, while still maintaining the personal relationship I felt towards each of the characters in my army.

And now, Himeko Sutori, after four years of development, is far enough along that I can begin to let other people experience it. At the end of the month, you will be able to take control of an army of up to 200 heroes and lead it into battle. And you will have full control over each character's progression through 20 character classes, equipping them with hundreds of possible items.

And that's just one adventure from an infinite number made possible by Himeko Sutori's campaign editor. We're releasing the editor, assets, and source code for you to make your own mods, campaigns, and total conversions.

Sound good? You can add Himeko Sutori to your wishlist now.

I think that all sounds great when I say it like that, but truth is I don't feel the game is ready yet and I am sleep-deprived and terrified as I try to pack as much development into the time remaining, while at the same time contacting every game journalist and streamer I possibly can to build awareness of the upcoming release.

Someone once told me Nintendo's motto--not its catchy and mostly meaningless advertising slogans, but the motto that captures the company's spirit. I'm not sure if the person telling me had it right. I Googled the phrase later and found out that it actually came from some judo master. It meant something like "We do all that we can, the best that we can, and await the result."

And that's where I'm at now. I can't just keep working on the game forever. For the next month I will do all that I can, the best that I can, and await the result.

Then of course, I have to keep working to get the game from Early Access to v.1.0, but I'm forcing myself to stick to this crunch-time release schedule so that I don't just work on frivolities forever.

Anyway, that's probably pretty heavy for a post here. Take a look at some recent screenshots to see our progress. 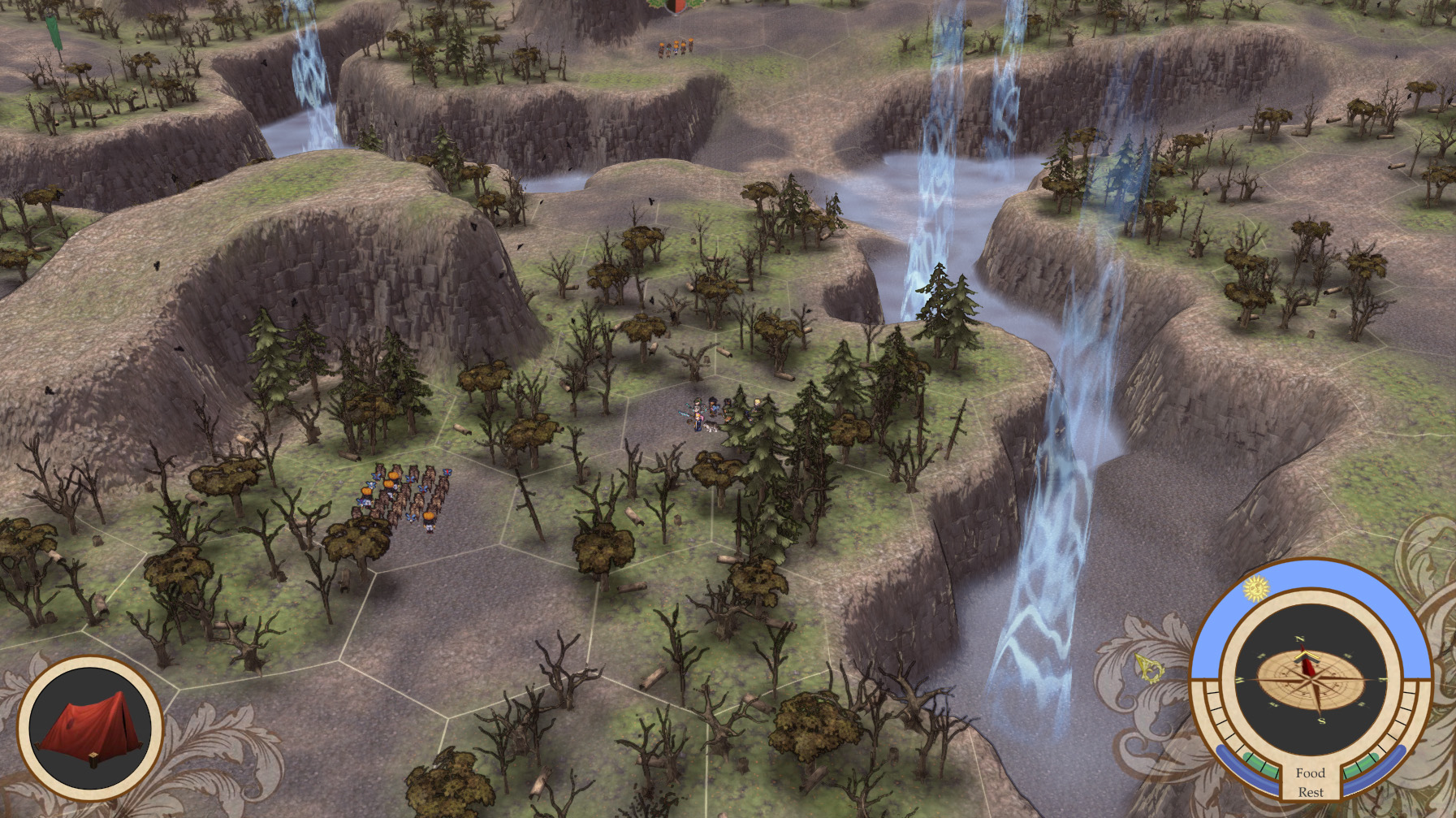 The Shadowlands area of our game world didn't feel otherworldly enough. We're adding some new effects to try to tell the player we're not in Kansas anymore. 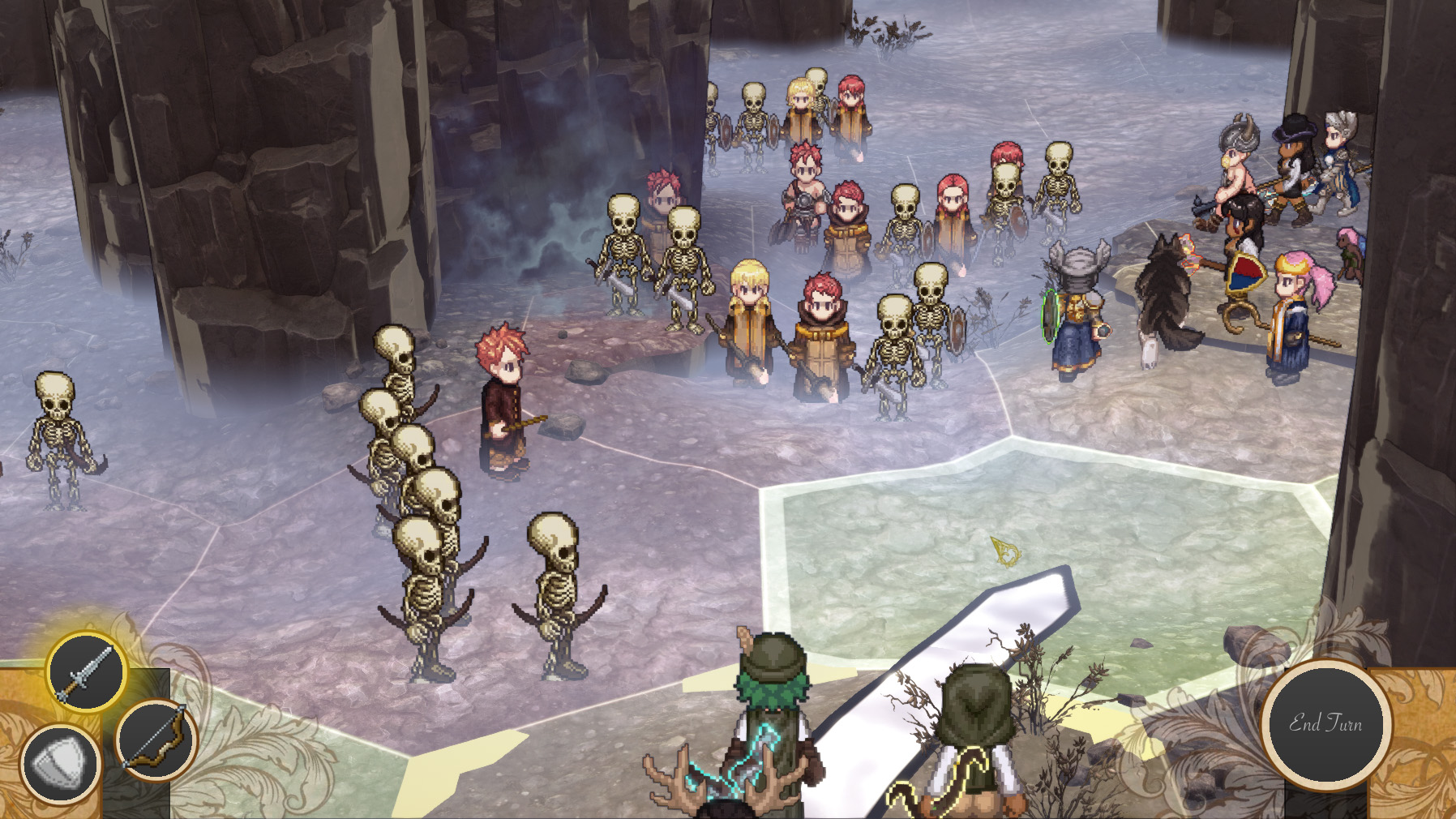 Here's a closeup from a battle on one of our new Shadowlands maps. The fog does a pretty good job of increasing the creepiness factor. 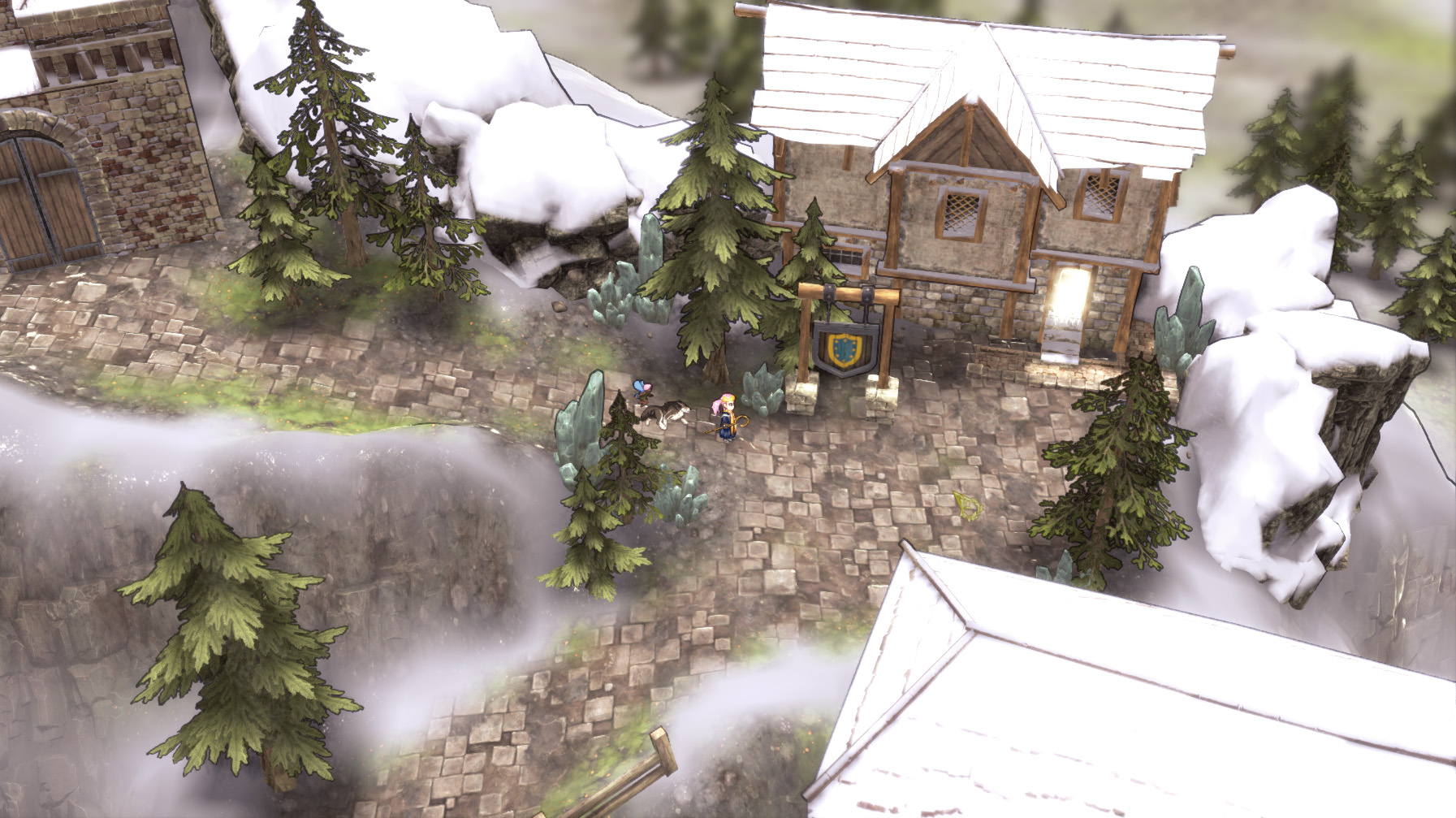 The heroes will have to force their way into Northern Shore territory. Shown here is the town of Halgdalir. By bringing an army through the world gate, our heroes break a truce that has held for decades. 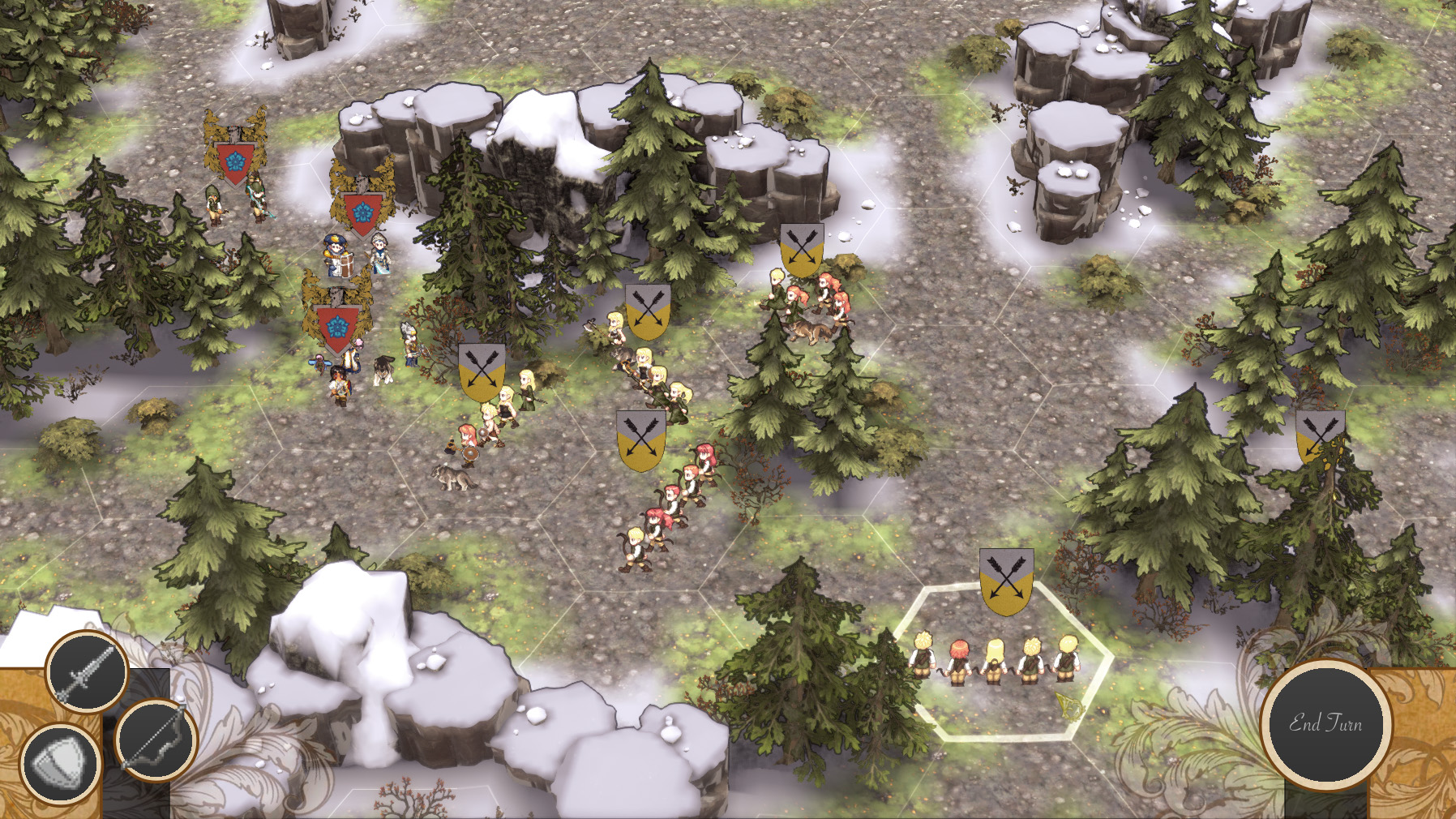 And here's another new battle map, showing off our snowy forest assets. 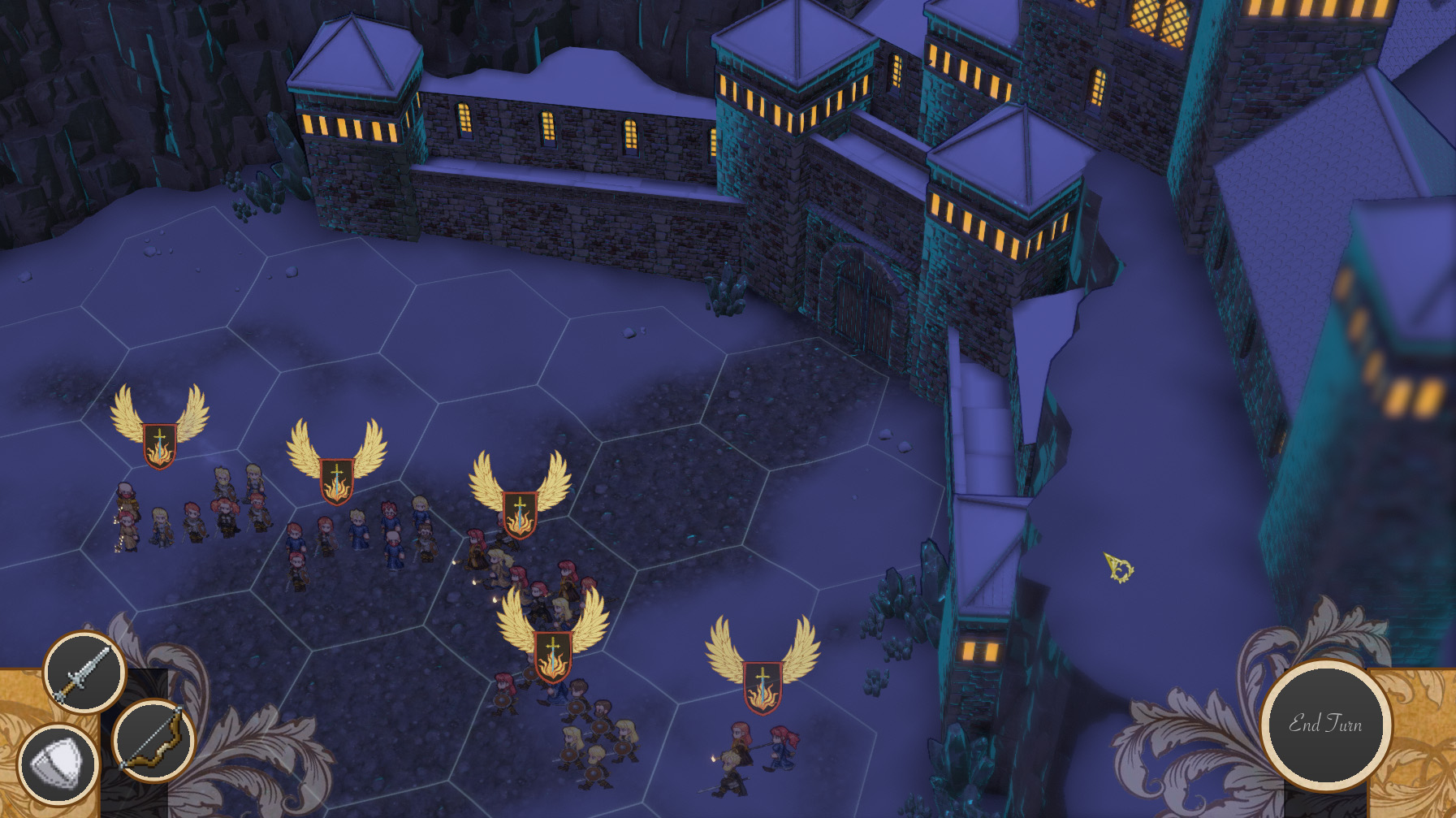 At this gate, you will defeat who you assume is the last of your enemies. 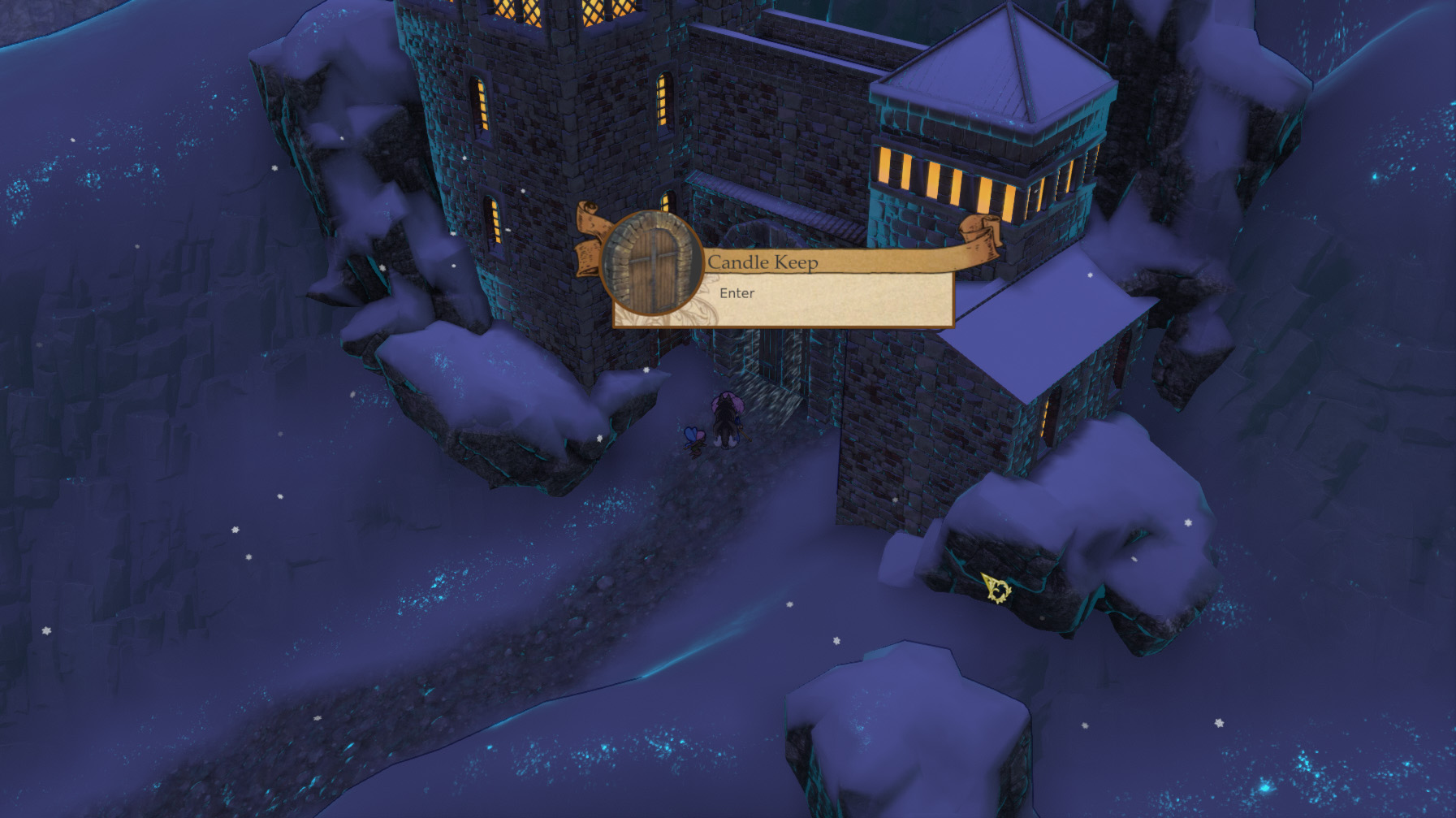 And at the entry to Candle Keep, you enter the game's final chapter.

So that's where we are for now. Remember to put Himeko Sutori on your wishlists. And then I'll take a look at all your mods, campaigns, and total conversions on ModDB.

We have a lot to show off since our last post. Check out the large-scale combat against a smarter AI opponent, exploration through beautifully detailed...

New assets (with instructions) and editor ready for closed beta

Alpha test campaign in the works. Here it is so far

We're putting all the pieces together now. In this month's video you'll see a town filled with interactive NPCs, the world map, combat on a new map, level-ups...

With the world map integrated with the rest of the game--going from world-map exploration to combat, back to the world map, and back to town for supplies--Himeko...

This mod now uses CoreMod as a dependency. For backwards compatibility, a version of EventsMod.u has been included in the package of files. You can remove...

v0.3.1 release of the More Classes Mod for Himeko Sutori

v0.3 release of the More Classes Mod for Himeko Sutori

New version 1.2! Fixed issue with mouse being off after changing resolutions. Fixed some issues with hair textures being in the wrong lists. Added sprite...

UPDATE V1.1 - Added gender option - Added all the sprite base options I could find - Added portrait modification and preview - Added ability to use imported...