Post news RSS The Making of Heroine's Quest: The Herald of Ragnarok

An overview of the development process and inspiration for Heroine's Quest: The Herald of Ragnarok.

The Beginning of Heroine's Quest

The current HQ team began work on Heroine's Quest: The Herald of Ragnarok in late 2009. However, the idea of having a female protagonist in a Quest for Glory style game was first conceived by Corby (lead artist) in 2004. This first project was called 'Heroine's Quest: The Legend of Fair Spring', and the then red-headed protagonist was aptly named 'Keira Lightbringer'.

At the time, the adventure game community was buzzing with the remakes of AGDI's KQI and KQII, and several QFG fan projects were springing up. Interested in Corby's project, Dmitrii joined up and began writing music. Over a few months, the Legend of Fair Spring team worked away at a demo which was released for public viewing, but shortly afterwards the project came to a halt in 2005. 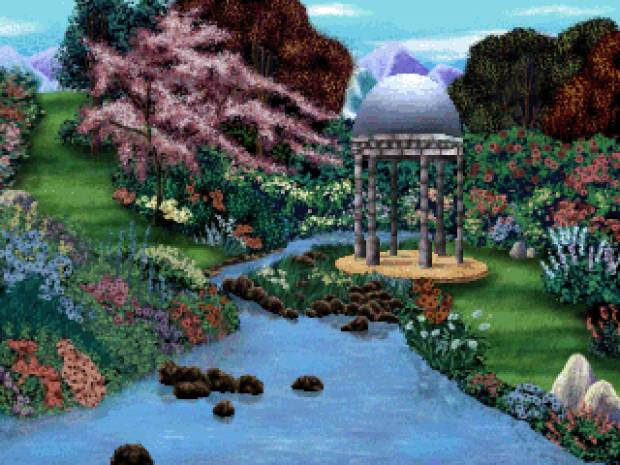 In 2009, Corby returned to the adventure gaming scene to begin work on Heroine's Quest once more. Beginning over from scratch with a new theme, Corby began creating backgrounds while on the lookout for a programmer to team up with. Personally interested in mythologies from various countries, the idea of a myth based game appealed to Radiant, who joined up with Corby to help.

Shortly after in 2010, upon learning that Heroine's Quest was again under development, albeit as a new game, Dmitrii once more joined the team. Corby also recruited Matthew Chastney, who joined in late 2010. I joined in 2012, having worked with Radiant on several projects prior.

It is a well known fact that the majority of adventure game protagonists are male. This includes the protagonist of the well loved Quest for Glory series. For a change, Corby decided it was time for a heroine to have her own quest for glory, in part, because many of his favorite adventure games (Siberia, Longest Journey, Kyrandia) featured a female protagonist.

The Norse theme, while many recognise as a throwback to the North lands in QFG1, was actually inspired by Corby's new wintery surroundings in Yellowknife, Canada. 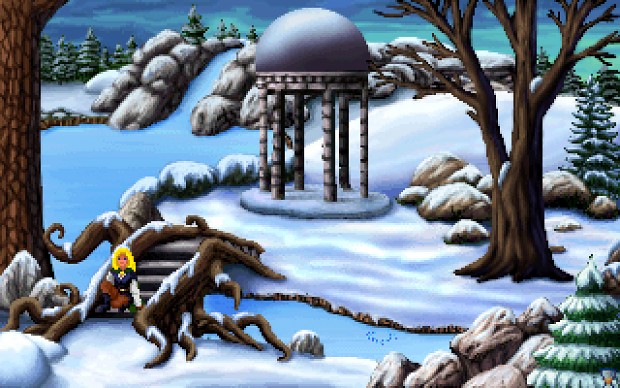 The title 'The Herald of Ragnarok' was based on the antagonist of the game, Egther, a frost giant who attempts to bring about Ragnarok, the end of the world and the end of the Aesir. In Viking mythology, death is a common theme, and this is reflected in the game.

Coordinating a Team Across Multiple Countries

Each of the core team members are from different countries. In order to communicate, work is shared and discussed on a private message board.

The main challenge for the team is organising chat sessions. It is impossible to organise a time which is during the day or early evening for everyone!

From a coordination perspective, it is necessary for the project to have one leader to organise the team members and provide task lists. By default, this fell to Radiant as he wrote the story and designed the puzzles.

As the project was initiated by Corby, the first thing which was worked on was background art. At the time Radiant had joined, nearly all of the Jarnvidr art was done, although most screens were reworked the following year.

The first task for Radiant was to code the forest. The first in-house demo was called 'Forever Forest' and contained only dynamically generated forest screens. Wandering NPCs were tackled next.

Over time, resources were gradually added into the game, and story gradually developed in game. Matt's first task was to create a leitmotif upon which several other pieces are based, and Dmitrii also started on music before moving on to portraits and sprites. The first thing I did before joining the team was play a couple of early builds and provide feedback. After joining, I worked on finalizing the portraits and helping with the remaining backgrounds. 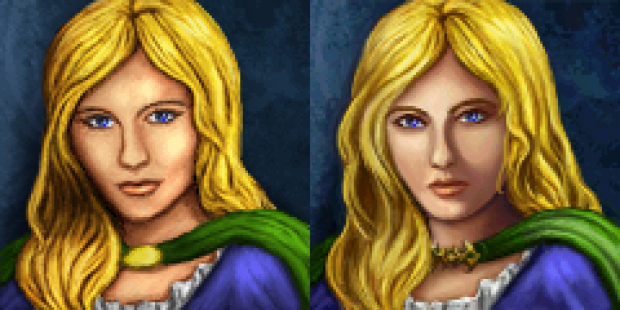 One aspect of the game which generated a lot of discussion was the voice pack. Radiant first put the idea forward in early 2013. The rest of the team's immediate reaction was that a voice pack was not necessary. He raised it again a short while later, and it was decided that if the project could attract suitable talent, we would go ahead with it. Fortunately, there was a lot of interest in Heroine's Quest, and many actors who auditioned were very talented.

The majority of the music was complete by mid-2012. Many of the backgrounds were also completed by the end of 2012, with the final handful completed this year. Sprites, in particular combat animations, were complete around September this year. Character portraits were started in 2010, and mostly finished by October 2012. Work for the voice pack began in mid-March 2013, and officially wrapped up in August. Beta testing also began in August 2013.

The remaining work left is solely around bug fixing and ensuring combat is balanced. For a game of this scope, testing takes up large chunks of time, however, each build is becoming more and more refined. Stay tuned for the released product!

Radiant will be at AdventureX, held in London this coming Saturday and Sunday, 7th - 8th December to showcase a pre-release preview of Heroine's Quest and talk about pro-active NPCs. Attendance is free of charge, so if you are in the area, come along and learn about many adventure games which are in the works, and hear developers share their insights into game development. For more information, visit Screen7.co.uk.

Nice write up. What led to the heroine's redesign?

Corby thought that a blonde heroine was more fitting for a Nordic theme (though really, any fair colour would have worked). And since it was colder, the clothes needed to be more practical of course :)