Heroes Apocalypse consists of a MMO RPG 2D, medieval and open world style being produced by the Intersect Engine. We are currently developing a playable basis. We have in mind some requirements that we will insert on this base and these are: Class System, Basic Crafting System, System for Obtaining Resources, Employment System, History Missions, Daily Missions and so on... Remember this base is to kick-start the whole project. We will start small and with time we will grow. The class system is more complex, involves a deity system, there are about 10 planned daily missions, 7 jobs, a war system, apprentice spells and so on, everything will take time and will be integrated gradually. The language of the game will be in English.

A MMO RPG 2D, medieval and open world style being produced by the Intersect Engine.

We are currently developing a Season 1. We have in mind some requirements that we will insert on this base and these are:

I show how each system will be represented on this Season 1.

The world is divided into Four Nations, each Nation a class will be born. In Season 1, we will present 2 Nations. The Nation of Anfloçare and the Nation of Taletes.

Introducing the Nation of Anfloçare

Zenave and Avrone are villages belonging to the Kingdom of Anfloçare. Tanâcia is a village formed by a family that turned against the King in a coup d'etat. Not yet satisfied, within his own family, after intrigue and death, Tmuir originated, a smaller village descending from Tancia, but not belonging to it.

In one last attempt of peace, the kingdom and the two cities of Tainan and Tmuir divided the whole territory to pais between the four villages. Each village would have a possession on the part of the Nation so that they could be made search of supplies and training of its warriors, areas that are called zones of hunting, agreement signed by all its representatives and all possessing a copy of the contract. Each village also has its own history and the player explores all of this in play. 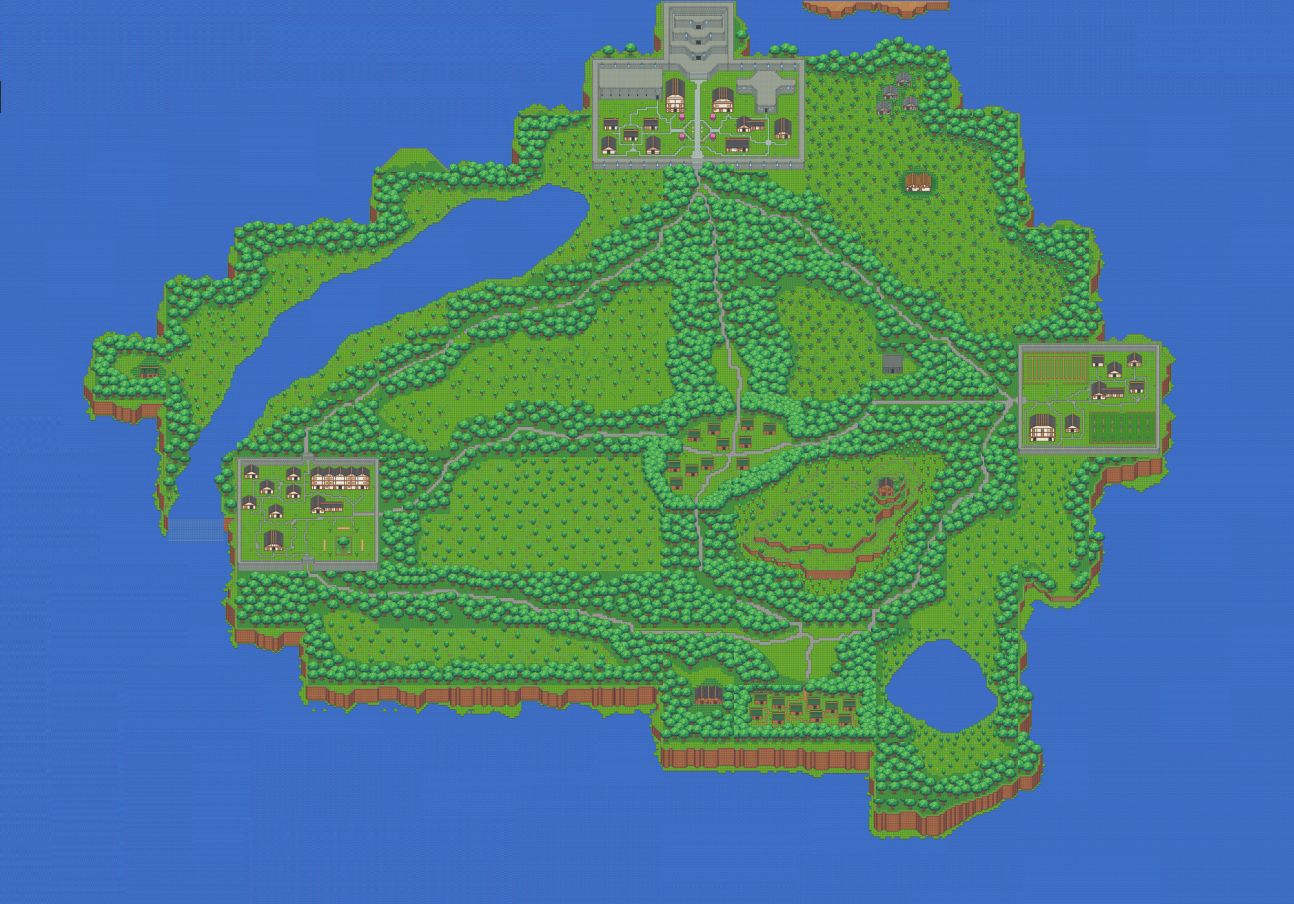 Introducing the Nation of Taletes

The Nation of Taletes is today a demonstration for all of how far human greed can come. This nation was considered in the great times, the most beautiful nation in its reliefs, rivers, lakes, forests and everything that makes any place, beautiful and slender. However, everything changes, the dwarves, race in this nation, had in their soul a feeling of "always more", they served the God of Destruction that gave them the necessary while they continued to swear allegiance.

The problem with loyalty is that it changes with reason. The dwarves turned against the God of Destruction wishing to have their power to have what they wanted, and he raged cursed the lands of this nation with plague and pain where no tree could ever be planted. And he scattered stone trees all the way that bound the cities, still enraged and unsatisfied, destroyed the nation of Zedegs to the south of the country.

Without wealth and abundance, the inhabitants of Esdrend north of the Nation exchanged their houses for tents and lived on the end. And the town of Taletes at the center of everything, changed everything by huts. All cities looking to feed on what they can find in the ancient caves and tombs on the map. Due to this constant quest for survival, the dwarves train their inhabitants to be hunters, one day aiming at destroying the God of Destruction they once worshiped. 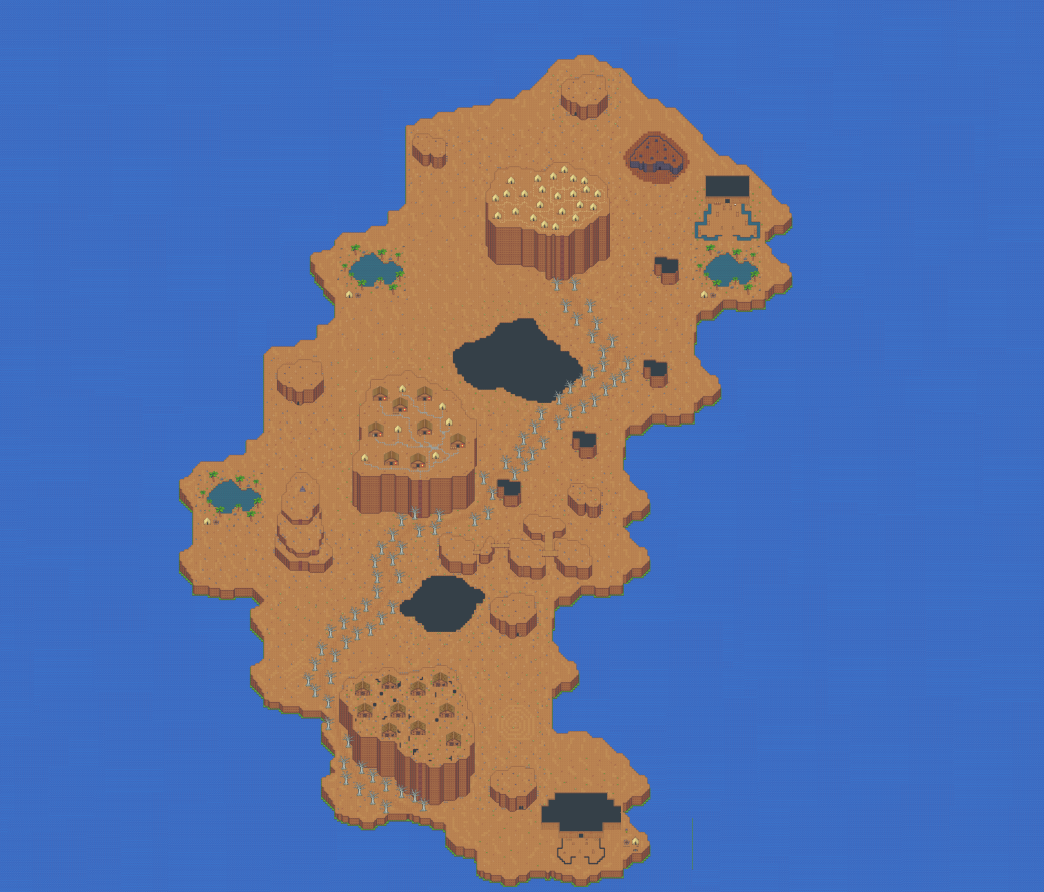 Here are listed all the classes on this Season 1

Knight's Apprentice - Whose, in future, will become a Divine Knight.

Hunter's Apprentice - Whose, in future, will become a Legendary Hunter.

Both classes are melee, the knight has higher speed and attack compared to the hunter, but the hunter has better stamina to face the dangers of the world. The knight has items focused on his defense, while the hunter has his items focused on the attack. The knight possesses sword and shield while the hunter has two-handed axes. Humans (knights) are known for their lightness in their blows, so they have a better physical attack. While the dwarves (hunters) are fierce, they have real damage, often ignoring the enemy's defense.

The player will initially be in the first class where there is greater difficulty in their gameplay, when changing class will be with the new title of the next class, possessing improved attributes. Remember that when starting a new class, the same level will be restarted, the name given to this process is configured as Renaissance.

Each Class will learn 7 spells in its history.

The craft system gives players an evolution of items vertically and horizontally. In the vertical area the player can evolve the level of the item up to +3, increasing the attributes that it provides. While horizontally, the player evolves the rank of the item to the next ranking through a combination of three items from the same ranking. Within the Craft System there is also the Cooking System where the player is allowed to create food (that will help him in various areas) from a cookbook.

Unlike other games, Radol (The game currency) cannot be obtained killing free-range monsters, the only way to get money is by finding prizes in dungeons or caves, completing quests or tasks, or working in a way honest (or not). Jobs are only available for single classes. The Jobs available so far are:

Bartender: Functions: Attend the customers and keep the place clean and protected.

Hitman: Functions: Answer requests from people who are ordering the killings.

Deliveryman: (What would an MMO do without this function? You are the legendary exterminator of dragons, but they ask you to deliver a letter to someone far away.) Functions: Meet the orders for ordered deliveries.

Remember: Missions are not mandatory (unless you accept, so yes, it's mandatory). On some occasions you will only be able to exit the map when you finish all the tasks. The missions fit the character's class, that is, the higher the class, the higher the tasks and the payment received.

They are missions of experience and reasonable rewards

Each character has its own story. So that's something I will not go into here. I also emphasize here that there are several other types of missions besides history and that the story of the characters has beginning, middle and end. Getting the player to continue to mitigate the dangers in the game and explore other types of missions.

They are missions that happen daily, they consist of stories parallel to the game to be made in separate places of the map itself, have duration of time and adapt the classes of the player (Only available for the Resurgence Classes).

They are missions of few experience a lot of rewards. List of Daily Missions available:

During the day some cities will suffer invasions in their surroundings, Invasions of Dragons, Hordes of Certain Monsters, Monsters Alpha and so on. All the players are warned in the Global Chat. Killing their boss wins a prize, they stay in town for 10 minutes. Their Chief is the only one different.
It happens every two hours in random cities on the map.

During the day a mysterious NPC will appear somewhere, he will ask seven questions about anything, answer at least five questions correctly from the seven and he will reward you. With each sure question the next one is more difficult. With each wrong question a new question is generated to end with a joke of it with each of the player.
It happens 3 times a day.

The Course of the Angel
An angel and his disciples are at the entrance of a dark place in the kingdom of demons, their task is to cross the bridge of chaos, to face the monsters on the way and to return safely by delivering the sacred artifact to the angel, he will reward him for it. To enter the event delivered the "Course Map" to the angel in the city.

It happens three times a day.

Contribute to this project.

Contribute to this project. By making donations you will get all exclusive items when the official version is released. Contact me via PM.

Sorry for any mistake. I'm brazilian.

The language of the game will be in English.

Thank you for reading

I do not know what to put in this summary, it's just an update.